Hay makes impact with LOU Reads as a volunteer 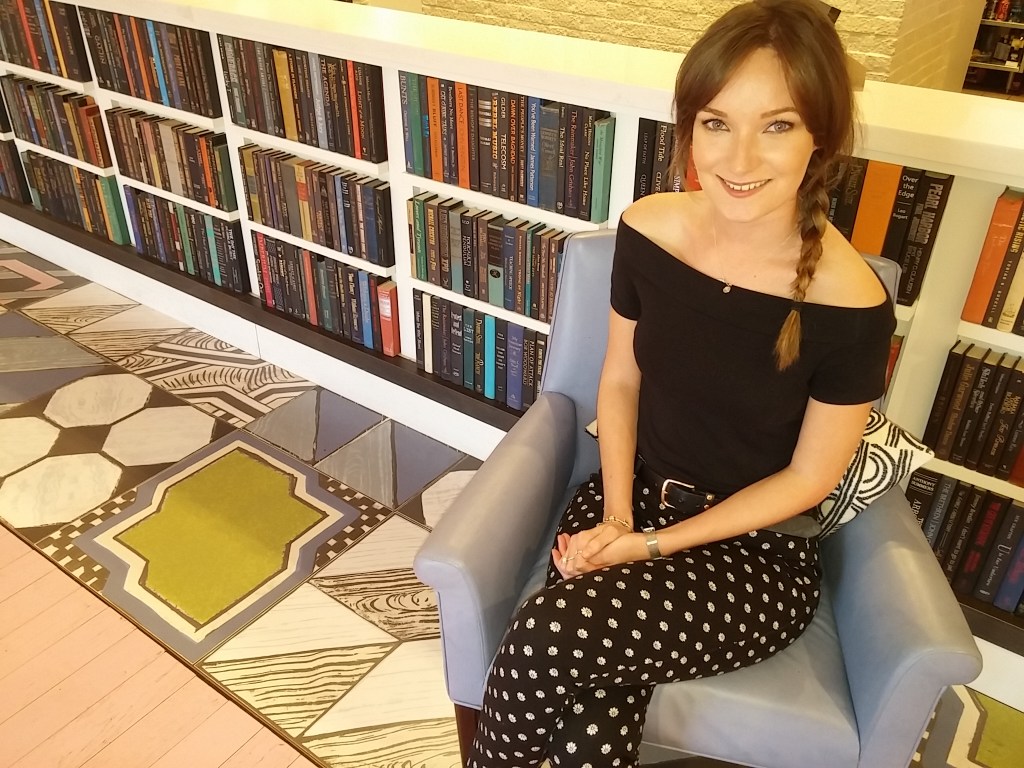 Sophie Hay, a graduate student at the University of Mississippi, also volunteers with LOU Reads and is excited to take what she learned here in Oxford back home to England in May.

Sophie Hay studied in Oxford for a year while getting her undergraduate degree, but that wasn’t quite enough.

The 24-year-old from Harlow, Essex, England, returned to earn a master’s degree in Southern Studies from the University of Mississippi and has made an impact with the local coalition LOU Reads while here.

“Doing my undergraduate degree back home, I studied English literature and American studies and I started to become interested in the South,” she said. “Really, studying slavery and the civil rights movement fascinated me. I had to study for a year abroad in the States to fulfill that degree and I came to Oxford, absolutely loved it, and fell in love with the South. It’s a very cool culture. After I left, I had to go back home, for a year to finish a degree, and I just felt like I wasn’t done with the South and wanted to learn more.”

While Hay is eager to return home after graduating in May, she joked that she will probably be back in a few years. She hopes to find a job in London with a nonprofit and do something similar to what she does with LOU Reads where she has been volunteering for 20 hours a week.

“For the Southern Studies degree I took the option to do the internship track, which essentially means I do a shorter thesis but I intern for a semester,” Hay said. “Half of it is about the internship and the other half is a research paper inspired by the internship. I’m doing mine on the national and local achievement gap, and African-American males are struggling the most. The achievement gap is hitting them the hardest and that’s really interesting to me. I’m looking at why that might be and what organizations like LOU Reads are doing.”

Hay said LOU Reads is important, and the people involved with it are inspiring, because it gives disadvantaged youth opportunities to succeed and allows them to have the same resources as everyone else.

While studying and helping at LOU Reads, she reflected on what is happening back home in England.

“People often ask me to compare something going on in the South to back home, and often the topic comes up of race relations,” she said. “I feel there’s this stereotype of the South of having this racial history, but I think it’s opened my eyes to things back home as well, which tend to be overlooked. Because I became so interested in the achievement gaps in Oxford and America, I started to look at what’s going on at home and it’s something very similar going on there.

Hay was able to see her efforts in action recently when visiting the Leap Frog program, where students are tutored and work with adult volunteers, which regular volunteers are often her fellow students.

“It’s nice to see there were so many university volunteers getting involved to help the local children every day,” she said. “But, it was also just really interesting to see kids playing, and they were just so adorable. Working with LOU Reads you do a lot of background research, but it was really nice to see what these programs are actually doing.”

Hay said as an international student she is unable to have full-time employment in the United States, so she is grateful for her opportunity to get hands-on experience as a volunteer. Because of that, she said she has seen a side of Oxford she would never have seen as if she was just studying.