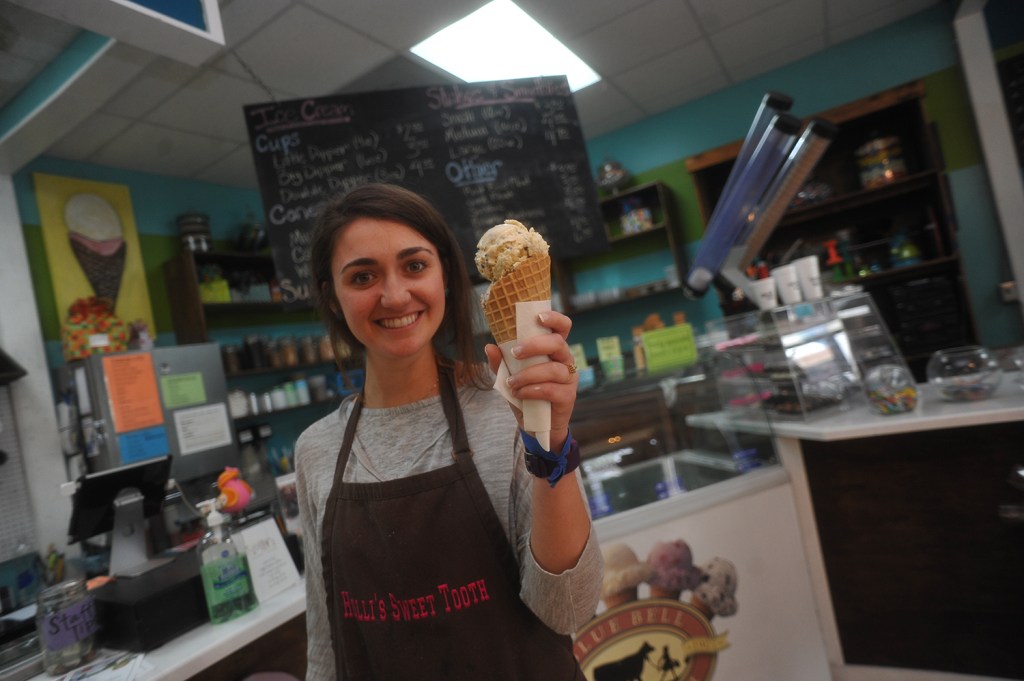 The weekend of Double Decker will be your last chance to get a fix at Holli’s Sweet Tooth in its current location, but another location is opening soon, and there’s always a drive to the Starkville location.

Holli Ratcliffe, owner of the candy shop on South Lamar Boulevard, announced last month she was closing on the Square for several reasons, but ultimately her current business model coupled with the costs to keep the shop running were not feasible.

Ratcliffe said the decision to close was complicated and humbling at the same time.

“When we announced that we were facing the possibility of closing, the community really reached out to us — not only with shock and sadness, but with hope and opportunities,” she said. “As hard as it was for me to make that announcement, it was the best thing that I did in this process. Many developers, real estate agents, contractors and community members reached out to me with possible solutions. It was very humbling to know we meant so much to the community and to these individuals that they wanted to be a part of us finding a solution.”

Ratcliffe said thanks to that support, there are new owners of the shop, Jason and Cathy Lowe and Brad and Meghan Feltenstein. They’ll take over operations in May and reopen in a new location in June, which has not been announced yet.

Ratcliffe first opened the shop nine years ago and quickly became the go-to spot for yogurt pretzels and sour worms. Holli’s Sweet Tooth also specializes in bulk candy with more than 80 candies priced per pound. The store also is one of Blue Bell’s top sellers in the region. But it wasn’t just candy Ratcliffe was selling.

“One of my pastors, Robert Allen, once said, ‘Holli, you know you aren’t really selling candy and ice cream here. You are selling atmosphere. You are selling an experience,’” Ratcliffe said. “I’ve often thought of that and realized how true it is. Holli’s has been a part of people’s lives … children, college kids and adults alike have created many memories at the candy store. They have allowed us to become a part of their lives. That is not something I take lightly. It means so much to me.”

She said she is a people person and making those memories and getting to know her customers while chit-chatting about their day from the charm of downtown will be one of the biggest things she will miss.

“Downtown Oxford for years has been full of life, unique shops, great restaurants … all within several blocks of one another and close to campus,” she said. “While Oxford is growing now and we certainly have other “hubs” if you will, downtown certainly has a charm of its own. My favorite part has been that charm.”

Ratcliffe said she was a 26-year-old with a dream of opening her shop in 2006, and she thanks the community for the friendships and countless memories over the years.

For those who want to continue a candy shop memory after April 23, Holli’s Sweet Tooth is already open at 106 South Lafayette St. in Starkville.