MAKING HIS WAY: A former 2-star recruit, Core closing in on NFL dream 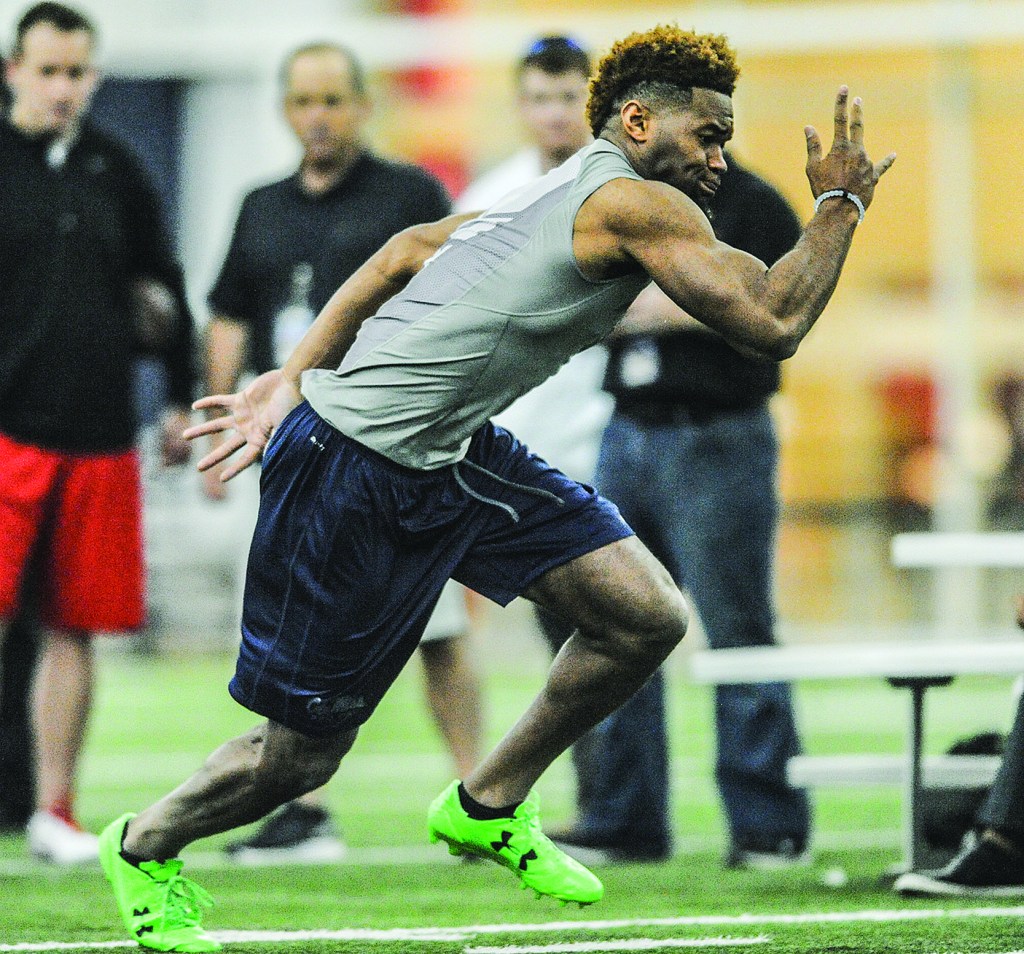 Former Ole Miss receiver Cody Core has gone from an unheralded recruit to a legitimate NFL prospect after breaking onto the SEC scene in 2014 and testing well for NFL scouts and representatives.

For four years, Cody Core has been a part of the Ole Miss football team, but it was the last two seasons that have put him where he is right now.

The former defensive back-turned-wideout wowed scouts and representatives from all 32 NFL teams during Ole Miss’ Pro Day on Monday, setting himself up to possibly hear his name called during the NFL Draft in late April.

Most of the scouts were there to check out the big three of Laremy Tunsil, Laquon Treadwell and Robert Nkemdiche, but Core was one of the players some teams were keeping an eye on.

That may not have been the case if Ole Miss coach Hugh Freeze had not made the decision to convert Core to an offensive player for the 2014 season, and if Core had not taken full advantage of the opportunity.

His breakout season of 2014 began on the first game when Core had a career-high 110 yards on four catches against Boise State in the Chick-Fil-A Kickoff Game at the Georgia Dome on Aug. 28, 2014.

From there, Core continued his impressive season, finishing second on the team with 41 catches and fourth with 558 receiving yards. He was tied for 10th-best in the Southeastern Conference with six receiving touchdowns.

During his senior season, Core followed up with 644 receiving yards, second-most only to Treadwell, and finished fourth in catches (37) and touchdown receptions (4). He played in every game with nine starts.

“I’m trying to let the teams know I can do more than just special teams,” said Core, who started his Ole Miss career primarily as a special teams player. “I can do anything at receiver. Whatever they want me to do, inside or outside.”

The Auburn, Alabama, native came to Ole Miss with a chip on his shoulder after some of the national recruiting sites did not rank him as properly as Core felt they should have.

After four years of college football at the SEC level and two years of solid results to show to potential suitors in the NFL, that chip is still sitting right there on his shoulder with the draft looming. It is still motivating the former two-star recruit like it did four years ago.

“I’m still going like I’m underrated,” Core said. “The last guy behind but trying to get to the top.”

The climb to the top may have been eased some by his performance Monday. Core posted the best vertical jump of the day with an attempt of 37 feet, 5 inches, improving his mark at the NFL Scouting Combine last month by five inches.

He did the short shuttle in 4.4 seconds, the three-cone in 6.75 seconds and posted a broad jump of 8-6, according to NFL.com’s Gil Brandt.

“It hasn’t hit me just yet but it probably will in a week or so,” Core said of being so close to the NFL Draft and realizing his dream. “From the combine to right now it has, slowly.”
Core is undecided on whether he will watch the draft back home in Auburn or somewhere else.