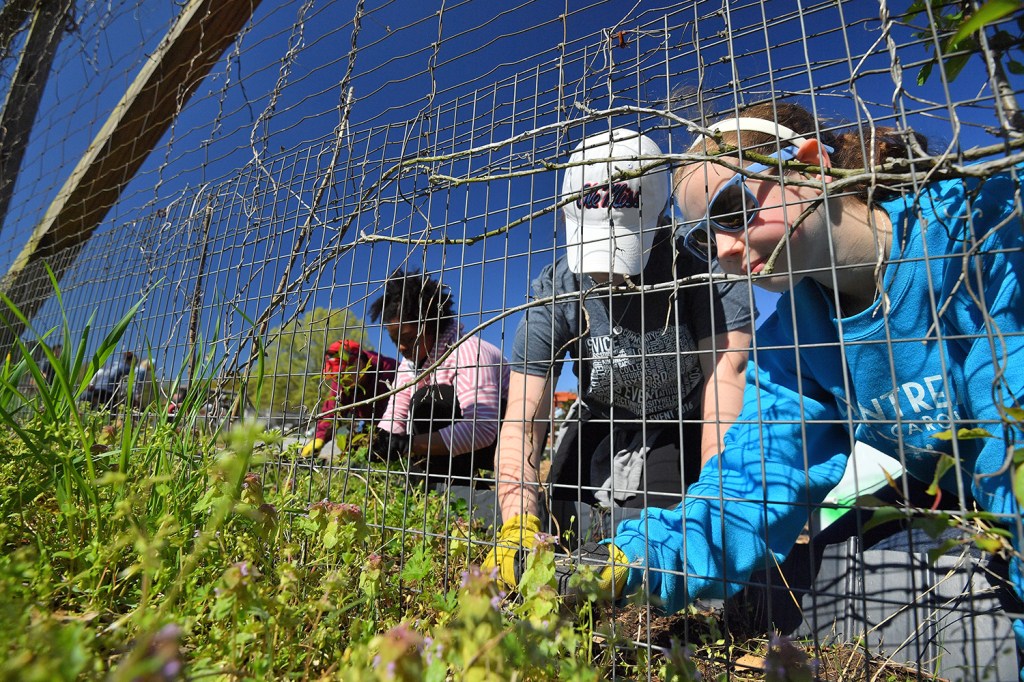 Ole Miss students tell Supervisors they are looking for projects

More than 800 students from the University of Mississippi donned gardening gloves, picked up rakes, shovels and paintbrushes and carried garbage bags and debris down to curbs during the annual Big Event Saturday.

The students broke into groups — the size depending on the project — and hit the streets at about 9:30 Saturday morning. Prior to starting their community projects, the students gathered at The Pavilion on campus where keynote DT Shackleford spoke about service. Some volunteers walked away with Yeti coolers, Apple TVs and other giveaways.

The volunteers were dispatched to 148 different project sites throughout the Lafayette, Oxford and university community. Two groups participated in projects in Abbeville and Taylor.

The Big Event began at Ole Miss in 2012 after students and faculty visited College Station, Texas, and learned about Texas A&Ms Big Event and decided it was just the kind of community service project that Ole Miss needed to implement in Oxford.

Since the first year, the event has continued to grow, both in the number of volunteers and the number of projects around the community that include picking up garbage along highways, painting fences, cleaning out storage sheds, helping nonprofit organizations clean and organize and placing flags on the graves of American soldiers.

“I really love to get out and help our community,” said Kristofer Harris, a freshman from Southaven, while cleaning out a storage shed for an Oxford resident. “One day I could need help. It’s good to take time and do for others and make someone happy, make their day.”

Event coordinator Kelly Savage said she had already heard back from several project hosts who already want to register again for next year.

“Our executive planning board has put in hundreds of hours of work into making (Saturday) a success, and it really all came to fruition beautifully,” she said. “We very grateful for all the volunteers’ hard work, as well as the community members who graciously welcomed us to their homes and to support the causes of various nonprofit organizations around Oxford.”

Taylor Robertson, a sophomore from El Dorado, Arkansas, said Saturday was the second time she’s participated in the Big Event. She got involved last year after hearing from fellow students that the Big Event was one of their favorite events since arriving to Ole Miss.

“I spent three hours last year working but it felt like 30 minutes because got so much done,” she said as she lugged trash down to a curb for a local family. “It’s a great time, getting to meet your fellow team members and making new friends, as well as meeting the people you’re helping. So much can be done when the entire community helps out instead of just one person.”

Oxford knocks off Murrah to open up 2-6A slate