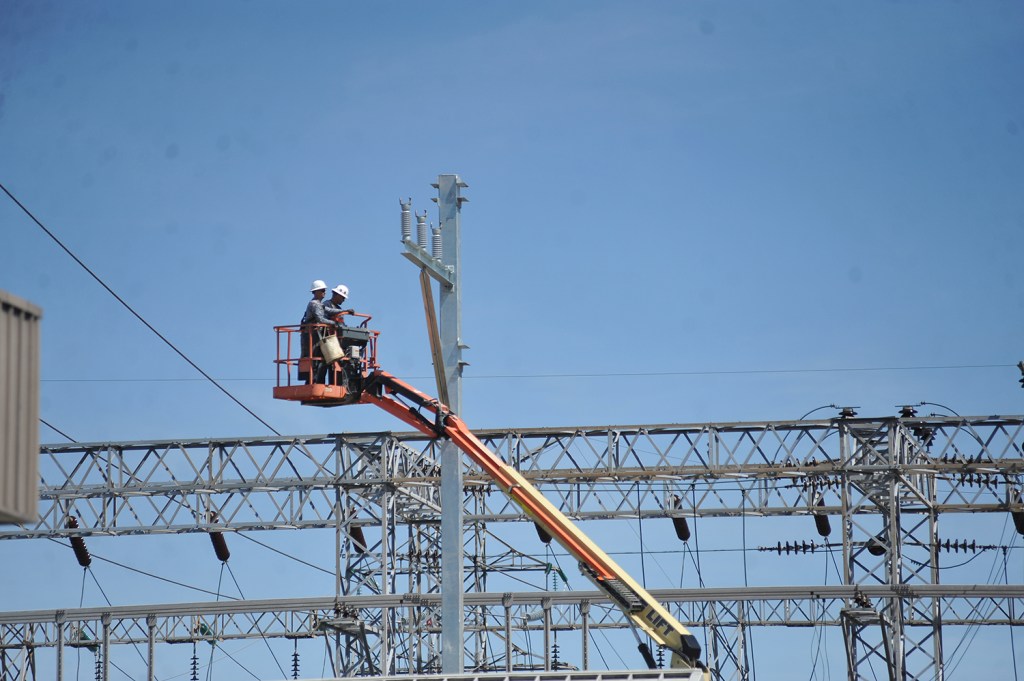 A crew works at the electric substation on Old Taylor Road in Oxford. Major upgrades are set to take place at the substation starting April 11 and lasting for a week.

An electrical substation will be out beginning April 11 for about seven days, but residents should not have to go without electric service.

In fact, when the outage is over and scheduled maintenance is complete, Oxford Electric and North East Mississippi Electric Power Association customers will notice some benefits such as reduced time to fix repairs.

The two entities are transferring the power load off of the Oxford Substation on Old Taylor Road and on to other substations since there is not a great amount of demand for power at this time of the year.

“We are doing this in April because the load is down,” said North East Power General Manager and CEO Keith Hayward. “We will be back-feeding a lot of circuits and we would like for people to be aware this is going on just in case we do have an unforeseen problem. Like if a car hits a pole, there may be more people out than normally would be out that week.”

While it’s down, Hayward said a bus, circuit switchers and controls will be installed on the substation for an upgrade, expansion and modernizaton.

“The expansion and upgrade are needed to enable North East to tie into a newly constructed portion of the station that will supply load to the new Baptist Hospital facility as well as surrounding areas,” he said.

Rob Neely, superintendent of the Oxford Electric Department, said if all goes as planned the city customers should not see any effects of the outage. He also said once the upgrade is complete, customers will be able to notice faster service when there is an outage.

“In the event of transformer failure, OED and North East Power can serve as a backup to one another until the transformer can be repaired or replaced.”

Hayward said North East contractors will work around the clock to get the work completed during the time frame.

Oxford Substation is jointly owned by Tennessee Valley Authority, North East Power and the city of Oxford Electric Department, and it supplies electricity to many areas in the central part of Oxford as well as Highway 7 South, Thacker Heights, Sardis Lake Road, Old Taylor Road and the University of Mississippi.

“Parts of the substation are in excess of 50 years old and are in need of modernization,” Hayward said. “The new Baptist Hospital project is scheduled for completion in 2017 and will require additional capacity from the station of around 2 to 3 megawatts of power. Load growth along the Old Taylor Road corridor and other areas of Oxford have also increased pressure on the substation.”