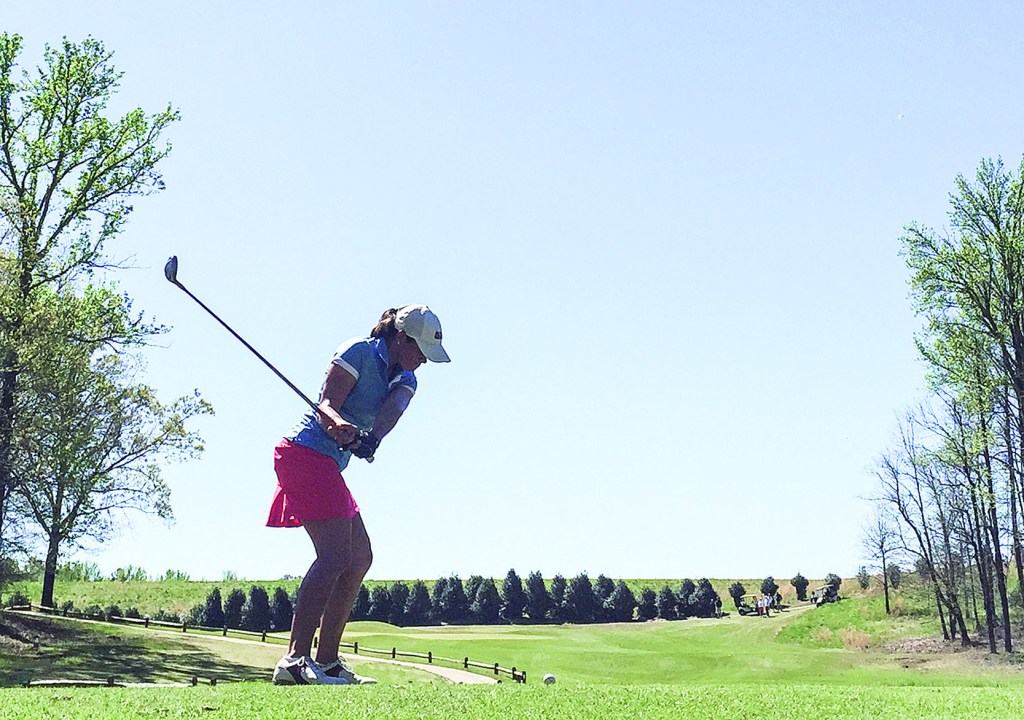 Ole Miss’ Alison Hovatter tees off on the 12th hole at the Rebel Intercollegiate at the Ole Miss Golf Course on Sunday. The Rebels finished in second place behind Troy.

“Today was a lot of fun,” head coach Kory Henkes said. “It’s the best round we’ve had since the fall, shooting 2-under as a team so I was really proud of how we fought back. We were a few shots back going into today so a second place finish is something for the team to be proud of. It should give us a little bit of momentum going into the SEC Championship.”

Senior Alison Hovatter (Meridianville, Ala.) led the way for the Red and Blue in the final round, firing a 4-under par 68 and finishing in a tie for sixth. Several low numbers, including five birdies and a 4-under par back nine, highlighted her round.

“It was good seeing Ali, being a senior, shooting a 68,” Henkes said. “Same thing with Abby (Newton) shooting a 71. It was huge to have that leadership from them to get the team going today.”

“It was really special,” Hovatter added. “I knew I just wanted to go out there today and give it everything I had for my team and this university. I feel like I did that today. I was 1-over after six and

The Rebels are back at it in two weeks when they play at the SEC Women’s Golf Championship in Birmingham, Ala.

DOMINATING THE FIELD: Chargers run away with EAGLE Invitational…