Kelly out after sports hernia surgery 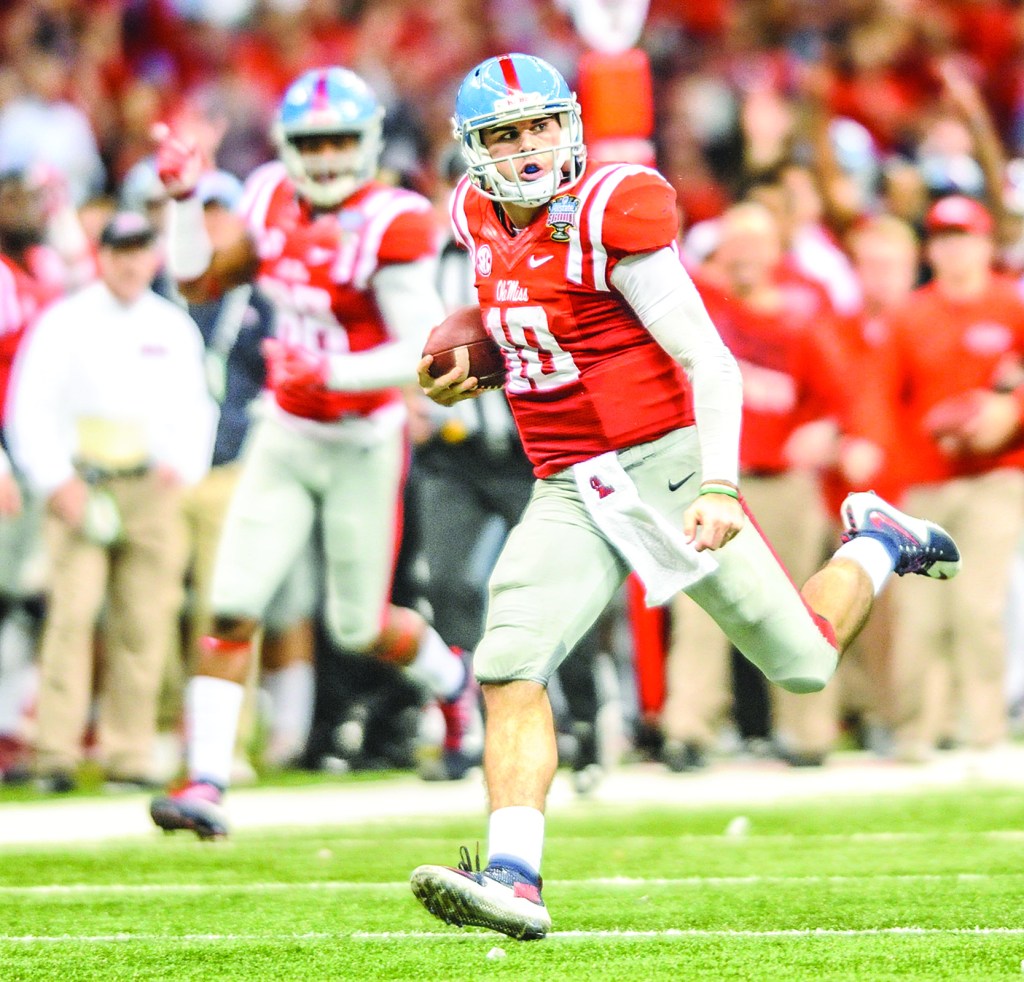 Ole Miss quarterback Chad Kelly (10) will be one of the most experienced quarterbacks in the Southeastern Conference this fall.

Ole Miss quarterback Chad Kelly will miss the remainder of spring practice after recently undergoing surgery on a sports hernia. Kelly is expected to be ready in time for fall camp.
Chuck Rounsaville of the Ole Miss Spirit first reported the news.

Kelly, a rising senior, had been held out of some practices recently, though only a handful have been open for the media to view. Kelly’s absence leaves freshmen Jason Pellerin and Shea Patterson as the only scholarships quarterbacks going through spring.

Pellerin, who head coach Hugh Freeze has touted for his physical running ability at 6-foot-4 and 229 pounds, redshirted last season after signing with the Rebels out of New Iberia (Louisiana) Catholic. The 6-2, 195-pound Patterson was ranked as the nation’s top prep signal caller in this year’s class by multiple recruiting services, though Freeze said at the beginning of the spring it was too early to know whether Patterson would contribute this fall.

Both have gotten reps with the first-team offense at times this spring.

Assistant coaches and selected players are scheduled to speak with the media following tonight’s practice. The last practice available for the media to view will be Saturday.