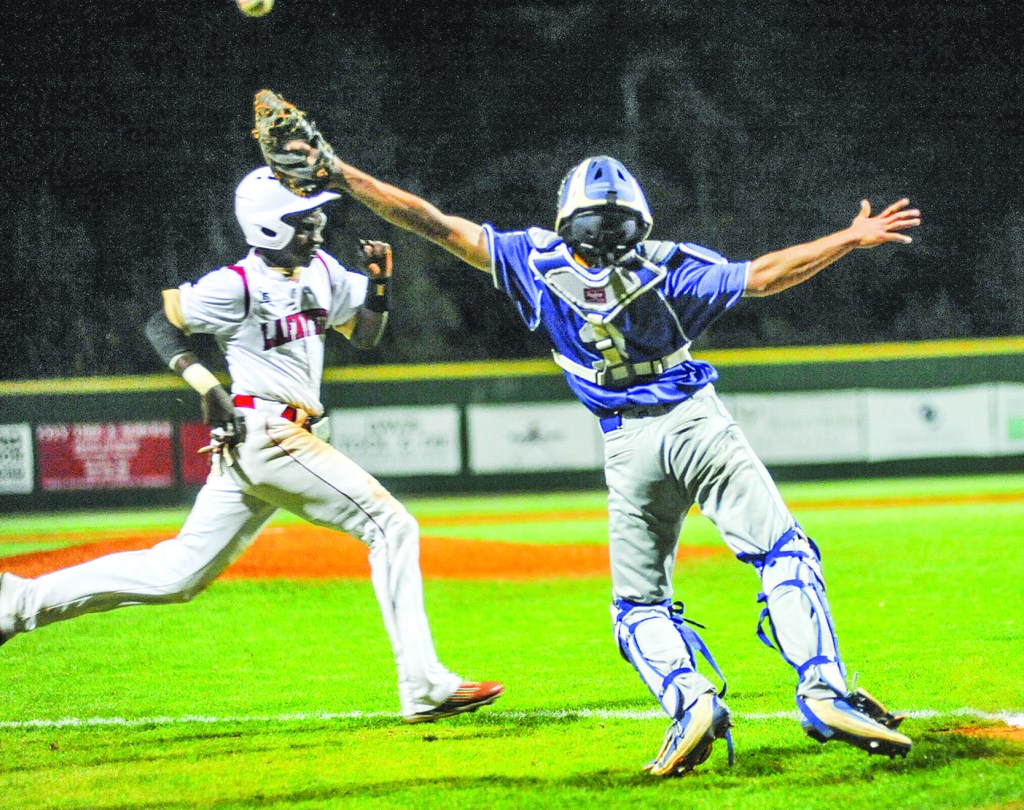 Reid Robison pitched a gem and the offense came up big as the Lafayette High baseball team rallied from three runs down to defeat Senatobia 4-3 on Tuesday at W.V. Brewer Field.

“We haven’t done that all year,” Lafayette coach Greg Lewis said of the comeback. “That’s what I’ve been waiting for to see if this team could do it, and we finally get one.”

Robison struggled early as Senatobia (12-6, 3-3) got to him for three runs off five hits in the second inning to give the Warriors the early 3-0 lead.

That was all Robison would give up as the right-hander shut out Senatobia in five straight innings following the lengthy second frame. He worked 6.1 innings as first baseman Mack Bishop came in for the final two outs of the game to close things out.

Robison struck out four and walked one Senatobia batter while giving up the three runs on seven hits.

“Coach Lewis just came out to talk to me and said to give (Senatobia’s) bats a rest because they were getting little flares,” Robison said of the second inning. “After that, it was just on. … It was just a curveball away and they were just hitting it (opposite field) just to get it down.”

After two straight 1-2-3 innings to begin the game, Lafayette started to put a little more pressure on Senatobia starter Adam McMasters and work longer at-bats. It paid off as the Commodores scored four unanswered runs in a span of four consecutive innings for the comeback.

The game became tied after Martin scored his second run of the game off of Lafayette’s third two-out single of the night from right fielder Will Christian. The go-ahead run came off a wild pitch by McMasters in the home half of the sixth, allowing Will Cullen to score.

“They’re starting to learn to respond,” Lewis said. “Especially in these district games. Got to give a lot of credit to (Senatobia). They had good at-bats against Reid, but at the same time after the third, Reid really put it on them. … I thought we did a better job of finding our pitch.”

As has been the case throughout the season, Lafayette struggled with the errors, committing four on Tuesday, but they were able to work around them or have them occur at a time when they could afford to.

The Commodores were not alone in the error department as Senatobia committed three in the third inning, which helped contribute to Lafayette’s first run.

Lafayette returns to action on Friday as the Commodores travel to Senatobia, which could set up a possible two-game showdown with Ripley next week in a battle of unbeatens in region play.