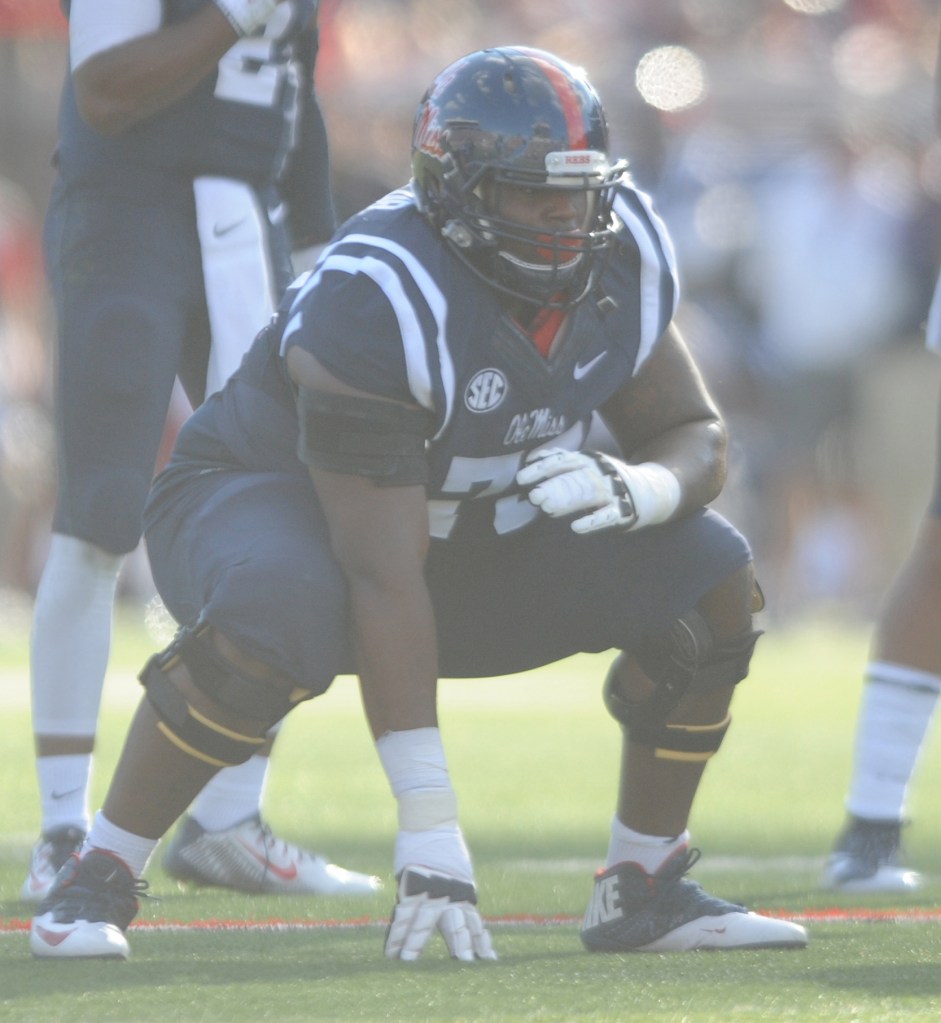 One of Ole Miss’ projected starting offensive linemen was arrested over the weekend on a shoplifting charge.

Rod Taylor was taken in by an officer with the Oxford Police Department and booked into the Lafayette County Detention Center on Sunday at 1:50 p.m. before being released on cash bond a little less than two hours later, according to the jail docket. Where the alleged theft took place is unknown, though the Jackson Clarion Ledger, citing an anonymous source, reported that Taylor forgot to pay for two bags of charcoal stashed underneath his shopping cart while going through a self-checkout line.

A municipal court employee said Taylor is scheduled to appear in court on May 25.

“We are gathering facts on the matter, and if appropriate, we will handle it accordingly with Rod internally,” Ole Miss coach Hugh Freeze said in a statement.

Taylor, a rising junior guard, played in 10 games last season but started just two after suffering a torn labrum just before the season began. The 6-foot-3, 320-pounder put off surgery until after the season and is being held out of spring practice to heal for the fall.

Taylor, who’s made four career starts, is the projected starter at right guard. Rising sophomores Javon Patterson and Jordan Sims have taken a majority of the first-team snaps at the guard spots this spring.