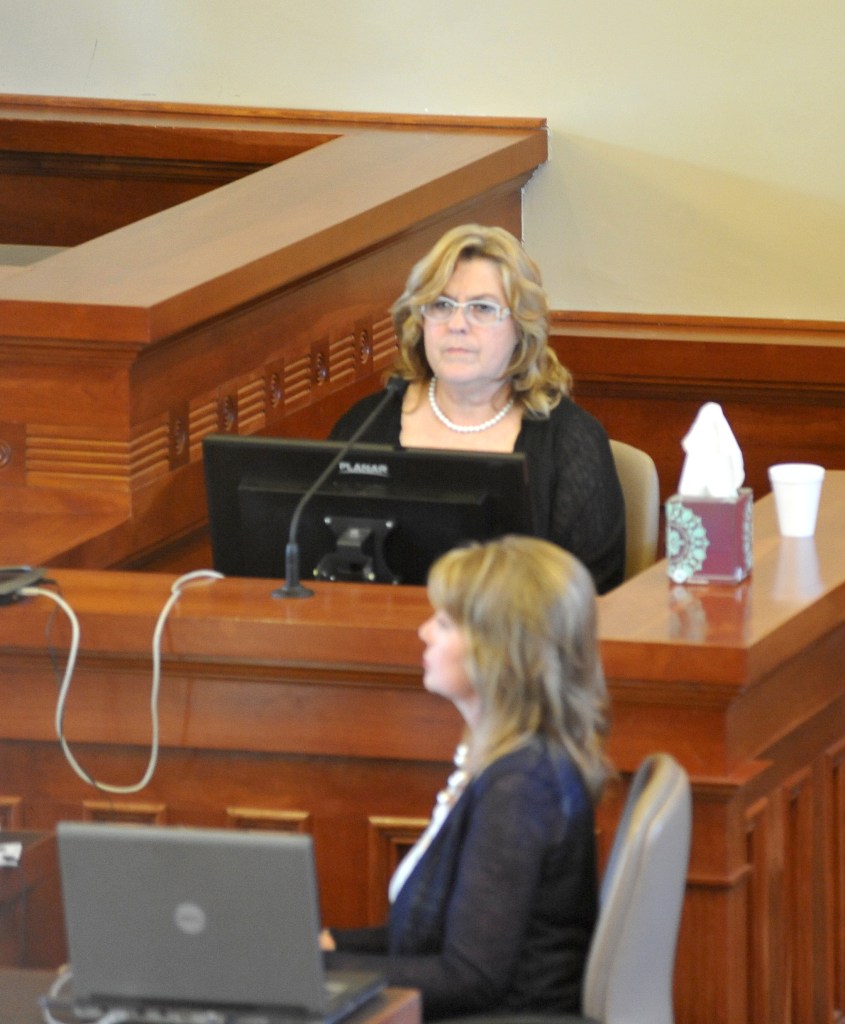 The mother of the University of Mississippi graduate student who was shot and killed in his apartment two years ago was the first to take the stand Wednesday in the trial against Derrick Boone, one of three who are charged with the shooting death of Zacharias Hercules McClendon.

Paula McClendon’s voice cracked often with emotion while describing the last day she talked to her son, on Dec. 18, 2013.

Paula took the stand at about 10:30 a.m. after opening statements were presented by the defense attorneys, Thomas Levidiotis and Roy Percy, and Assistant District Attorney Mickey Mallette.

She said she spoke to her son at about 10:30 a.m. the day before he was shot and killed and asked him when he was coming home to Gulfport to spend the Christmas holidays with his family.

“He said his computer crashed and had to stay up all night do redo his work,” she said. “He told me to call him back at about 11:45 a.m. to make sure he was awake.”

Paula said she tried to call throughout the day but assumed her son was still asleep. By 2 a.m. on the 19th, when he didn’t come home and didn’t call she knew something was wrong. She called the Lafayette County Sheriff’s

Department and asked them to do a welfare check.

Several hours later, police arrived at her door in Gulfport to tell her her son had been killed and foul play was suspected.

According to testimony from Lafayette County Sheriff’s Deputy Bill Tidwell, who took the stand after Laura McClendon, he discovered McClendon’s body in his apartment at 20B County Road 140 after responding to the welfare check.

Boone was arrested a few days later on Dec. 19, along with Steven Wilbanks, 24, of North Carolina, and Joseph Lyons, 22, of Houston, Texas, and charged with capital murder.

The three defendants lived next door to McClendon, who was shot and killed with a 16-gauge shotgun by a single shot to the back of the skull. The state claims after the killing the three men then took McClendon’s 2004 Nissan, clothing, electronics, three college textbooks worth about $500 and other items from McClendon’s home.

The stolen car was found a few hours later, parked at the Chevron gas station on Highway 6. During opening arguments, Mallette claimed the car wouldn’t start so the three drove Boone’s car to Walmart to buy a battery. Before they could return, the police had located the vehicle.

Mallette told the jury that the three men had been at McClendon’s apartment for more than two hours before the shooting. He claimed the three men walked over to the apartment with Wilbanks carrying the shotgun with him; however, he left it outside of the front door before entering McClendon’s apartment. Mallette said he will show evidence that the three had talked about what it would be like to kill someone and rob them previous to killing McClendon.

It was revealed during opening statements that Wilbanks had confessed to being the one who actually shot McClendon.

“(Boone) didn’t have his finger on the trigger, but he went there with the same intention to commit a crime,” Mallette said. “He had criminal intention in mind. All three are responsible … They’re all guilty of capital murder.”

After shooting McClendon, Mallette said Boone and Lyons “hung out” while Wilbanks went to work. He told the jury Boone sold the stolen text books to a local book store while waiting for Wilbanks to get off work.

In their opening statements, the defense said Boone had no idea Wilbanks was going to shoot McClendon and that he did nothing to help make it happen.

Levidiotis said his client was a victim as well, his life on the line because of the actions of Wilbanks.

“I could say I’d like to roll back time and beat Wilbanks to death, but what I feel, or what I say is not a crime,” he said. “It’s merely me saying something until I take some action. If he was charged with stealing books, he’d be guilty of that.”

After lunch, the 14-member jury, made up of seven men and seven women, returned to the courtroom for more testimony from Lafayette County Sheriff Investigator Alan Wilburn; however the jury was sent out of the courtroom several times while attorneys argued over evidence, at times in heated exchanges.

The trial continues today at the Lafayette County Courthouse with more witnesses for the state. The trial is expected to last several days.