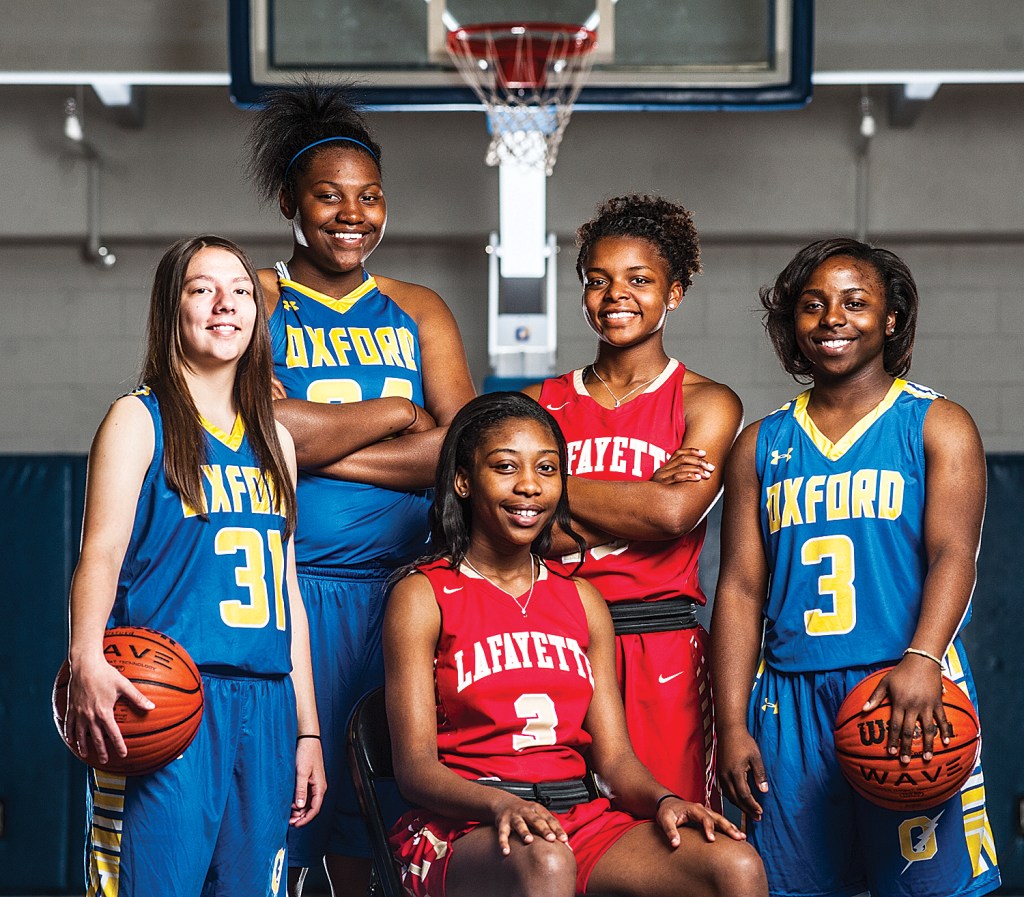 Shaniyah Buford has always been good on offense, but her improvement on defense is what people took notice of, earning her the honor of 2016 EAGLE Player of the Year in girls basketball.

“I’m like the most experienced on the team, so I knew (my teammates) would count on me,” Buford said.

Buford, a guard for Lafayette, led the team in steals with 33 during her sophomore season, but this season saw her nearly triple that output with a team-high 82 steals to go with a team-best 25 blocks. The offense was something opposing teams always had to be wary of with Buford, but now they have to be cautious on both ends of the court.

“She did a great job defensively,” Lafayette coach Shayne Linzy said. “Shaniyah, we always wanted her to guard that person on the back side, and that’s why she was able to block so many shots. We were able to get the trap or get the ball stopped, and they would try to make a pass and (Buford) was very instinctive. She would just get it and lay it up on the other end.”

The success on defense can be attributed to Linzy recognizing the speed he had in both Shaniyah and Shelbi Buford as well as track standout Orianna Shaw among others. The results spoke for themselves as the Commodores had 66 blocks as a team and 327 steals.

“I think (Linzy) knew that we had a lot of speed and that the full-court press would help us,” Buford said.

Offensively, Buford’s numbers leap off the page upon inspection as the junior led the Commodores in scoring with 620 points (21.4 points per game), averaging nearly 13 points more than Lafayette’s next best player. 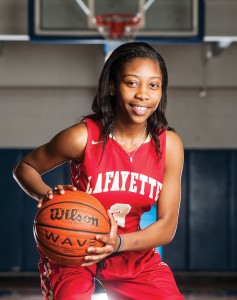 Lafayette’s Shaniyah Buford added a consistent defensive presence to an area-best 21.4 points per game on her way to Player of the Year honors. (Bruce Newman)

If she was not the one doing the scoring, she was helping contribute to whoever found the basket as Buford recorded 82 assists on the season, nearly 50 more than she tallied her sophomore season.

“We just didn’t score that much outside of Shaniyah,” Linzy said. “It wasn’t that anything was specifically set up for her, but when she shoots, she makes it.”

Buford’s success was a part of a greater success as she helped Lafayette get to the MHSAA Class 4A state tournament in Jackson for the first time in her career as a Commodore. It did not go as planned as Lafayette dropped a heartbreaker to Florence in the quarterfinal round at Jackson Sate University last month.

“It was a good feeling,” Buford said of the experience. “The result was what we didn’t want, but the feeling was great and we want to get back there.”

Shaniyah is joined by her cousin, Shelbi, on the EAGLE All-Area team. The duo was one of the key factors Lafayette had in a lengthy run in the postseason.

Shelbi was the second-best scorer on the team with 8.3 points per game. The senior also led the team with two more assists than Shaniyah with 84.

“At some point, the other teams are going to realize, ‘We have to stop (Shaniyah),” Linzy said. “Well that means somebody else has got to score, and this past season, Shelbi was that person for us.”

Joining the Bufords on the All-Area team is a trio of seniors from Oxford in Aliyah Herod, Kyla Malone and Emma Schultz.

Malone returned to the court after missing the past two seasons after dealing with an ACL injury. A force inside, she led the team with 9.3 points and 8.4 rebounds per game.

“I really didn’t know I would be able to play,” Malone said. “I think what pushed me to be able to play like I did this year were the people who doubted me because of my knees. I wanted to prove to myself because I had to sit out so long.”

Schultz was the playmaker for Oxford as the point guard averaged 6.1 points, a team-best 3.4 assists and 3.1 steals per game, something she is used to doing being a three-year starter.

“As a point guard, I guess everyone expects you to be the leader on the team anyway,” Schultz said. “I guess since ninth grade, I’ve known what my role is and that’s get people where they need to be.”

Herod was the top scorer for the Chargers as she averaged 12.6 points per game this season. She also had 93 assists, second behind Schultz’s 102.