The age of asparagus 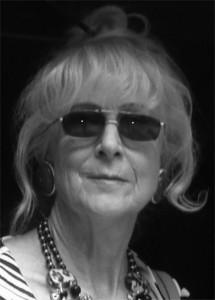 Asparagus does not go looking for its anatomical allusions. It just comes naturally. And it has impaired the purity of the enjoyment of what is fast becoming the hot-item vegetable.

Once thought to be of the lily family (like onions and garlic), it now has its own botanical category with 120 widely distributed species. It grows so abundantly on the Russian steppes that cattle graze it like grass.  Asparagus can grow stalk like or branch out like a woody plant. Its leaves are like tiny scales. In defiance of its legendary rude appearance, it is positively, dioecious (that is, either male or female), though sometimes you’ll come across hermaphroditic versions.

Asparagus is an herbaceous, perennial, and, if grown from rootstocks (rhizomes), will come to harvest in three years. (Grown from seed, it can take seven years.) You can harvest the spears when five to eight inches long and as thick as a finger. Don’t pick them if they are thinner than a pencil.

My English mother called it sparrowgrass. Unbeknownst to my mum, Samuel Pepys mentioned buying a bunch of sparrowgrass in Fenchurch Street, London. Although we couldn’t afford to eat it (my father was neither hedge-fund manager nor Pepys diary peruser) my mom kept it as a potted plant.

Kids normally hate asparagus. This is because they have way too many taste buds — about 10,000 compared to an adult’s 5,000. Most foods taste much more intense to children and asparagus can be overpowering. This means you get to eat all the asparagus.

The word asparagus comes from the Persian asparag meaning “to sprout.” However, my husband, erstwhile Latin scholar and deep thinker, persists in theorizing that asparagus is named from the opening phrase of the old Latin Mass, “Aspérges me” (i.e. sprinkle me), that the priest says while showering holy water on the congregants. My husband’s argument is that an asparagus looks like the aspergillum, the priest’s holy-water sprinkling device. Like many of his notions, this one is without merit.

Asparagus is carved on a 5000-year-old Egyptian frieze. Ancient Syrians grew it. The Greeks and Romans dried it for winter use and would even ship it into the Alps to be fast-frozen. Suetonius says Augustus Caesar’s pet expression, when he wanted something done quickly, was to “do it faster than cooking asparagus.”

The innocent asparagus has never overcome its nasty stigma of association with eroticism. Seventeenth Century herbalist Nicholas Culpepper wrote that asparagus “stirs up lust in man and woman.” Friends in Quebec tell me asperge is French slang for the male appendage. In Brazil it is espiga de milho (i.e. corn cob), but then my mind is starting to wander.

But almost every time you encounter asparagus in literature it has to contend with an unsavory reference to erotica. For example, commentaries on Madame Pompadour, the official mistress of Louis XV, will inevitably tell you she preferred the tips of the asparagus that she called “the points d’amour.”

Then there is that smell. As to asparagus’s mephitic affect on human micturition, a standup comic at The Funny Bone Club need only mention he’d once eaten asparagus to set the whole audience guffawing. In my day, humor was never this undemanding. Still, the olfactory phenomenon does merit a fleeting examination.

Let’s talk science. Asparagusic acid, as the name implies, is, to our knowledge, only found in asparagus. When our bodies digest the vegetable, they break down this chemical into a group of related sulfur-containing compounds with long, complicated names (including dimethyl sulfide, dimethyl disulfide, dimethyl sulfoxide and dimethyl sulfone). As with many other substances that include sulfur (such as garlic and skunk spray) they convey a powerful, typically unpleasant, scent.

All these molecules share one key characteristic: they’ve got a low enough boiling point to enter a gaseous state at room temperature, which allows them to travel into the air and up your nose. On its own, asparagusic acid isn’t volatile, so asparagus itself doesn’t convey the smell. But once your body converts asparagusic acid into these volatile, sulfur-bearing compounds, the distinctive aroma can be generated quite quickly — in some cases, it’s been detected in people who ate asparagus just 15-30 minutes earlier. So, you see, this is really highly scientific. Spielberg may be about to green light a sci-fi movie based on this very concept.

Is this a great country or what? You can get a grant to do almost anything. Accordingly, numerous studies have explored this strange, compelling aroma phenomenon. In the 1980s, three studies were published showing that producing odorous aftermaths from asparagus was a common human characteristic. Okay, research from the academy does not always bring us breaking news.

They used to think some people digested asparagus differently from others. An Israeli study found that everyone who could smell the asparagus consequence could detect it in anyone who had eaten asparagus, even if the person who produced it could not detect it.  More recent studies say that differing abilities of people to detect the odor at increasing dilutions suggests a genetically determined specific sensitivity. So like everything else it’s all in your DNA. Now, what are we supposed to make of this government-sponsored research?

I say forget the salacious implications and cheap comedy. Plant some asparagus roots and enjoy a feast three years down the road. Or if, unlike my daddy, you’re a hedge-fund mogul, go and splurge on some at your grocer’s. Asparagus — today’s hot-item veggie.