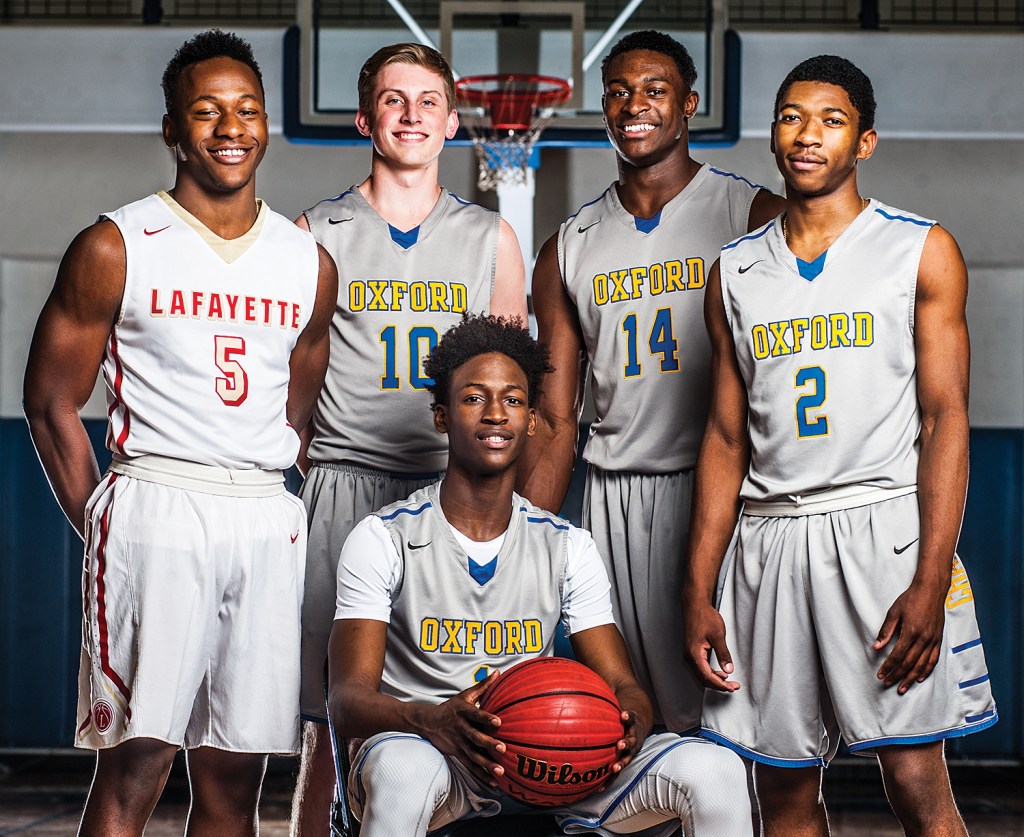 Working hard is what Jarkel Joiner does on the basketball court, so Oxford’s junior guard didn’t need any extra incentive to do more.

But the preseason chatter he heard about what the Chargers would do — or wouldn’t do — gave him some.

“I just wanted to surpass the expectations that were set for us by other people even though I’m not supposed to worry about what’s going on outside the team,” Joiner said. “But it was my personal goal to not let my team down, let my coach down.

Joiner was the biggest reason why.

The 6-foot-1 combo guard went from a hot name locally to one of the state’s top guards regardless of class this past season, helping the Chargers again reach the quarterfinals of the MHSAA Class 5A playoffs. While Joiner had some help along the way, he shouldered the load as the lone returning starter from the previous season to raise his scoring average from 16.3 points as a sophomore to an area-best 26.7 points.

It was good enough for Joiner to be selected as this year’s EAGLE Player of the Year in boys basketball.

Joiner was a threat from any spot on the floor, knocking down an area-best 96 3-pointers while getting to the free-throw line 187 times and making 146 of them (78 percent). He dished out 2.5 assists per game with the extra defensive attention he got leaving teammates open and also led the team with 1.7 steals a game.

“He played premium minutes,” Oxford coach Drew Tyler said. “Every minute that went on as far as regular play, overtime, season and postseason, Jarkel Joiner was in it. I think he had an MVP season.”

The defensive pressure he faced intensified with each passing game with teams wanting to make someone other than Joiner beat them. Traps and double teams became the norm for Joiner as soon as he crossed half-court, but it rarely slowed him down.

He scored at least 30 points 11 times and reached the 40-point mark three times. He dropped a career-high 43 points in a two-point win over Two Rivers (Arkansas) just seven games into the season only to break it with 45 in an 11-point victory over West Point in the Region 2-5A tournament on Feb. 16.

“He’s starting to develop his game around his continued growth of understanding gaps and angles to where when opponents get real aggressive with him and bring that second body at him, he is able to find open teammates and/or draw fouls and answer the call from the free-throw line,” Tyler said.

Said Joiner, “My role is that shoulder everybody comes to lean on I think. When they need a bucket, I get them a bucket. If we need a stop, I give them a stop. It’s just clutch moments.” 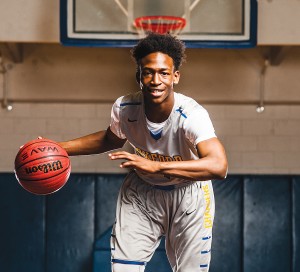 Oxford’s Jarkel Joiner earned Player of the Year after pouring in 26.7 points per game, usually producing those numbers despite having extra defensive attention thrown his way. (Bruce Newman)

“Everything happens in practice,” Joiner said. “It’s no slacking off in practice. I can’t be that one that’s not going to continue to work. I’ve got to work. If I don’t work, they can say, ‘Jarkel’s not working, so we’re not going to work.’ It’s just getting better every single day. That’s what I want to leave at Oxford when I become a senior next year when I graduate.”

Which comes as no surprise to his coach.

“He is one of the hardest workers I’ve had in my program,” Tyler said. “He pushes his teammates. When there are lulls in practice, he picks up the intensity and challenges his teammates, so it’s a win-win situation for Oxford basketball.”

Williams, a transfer from South Panola, added some scoring in the backcourt at 10.9 points per game but made his mark as a facilitator in his first season as a full-time starter at the varsity level. He averaged a team-best 3.6 assists and recorded the Chargers’ only triple-double of the season with 13 points, 12 boards and 12 assists against West Point in the region tournament.

“It’s a little bit different situation for Terry because he was learning a new system, but I thought he did a great job coming in and played toward his strengths,” Tyler said. “Did not mind being the new face in the starting lineup, and he was a leader on and off the court.”

Metcalf was a force down low for the Chargers. The 6-foot-3 Metcalf averaged 13.2 points and 7.2 rebounds while erasing many opponents’ shots inside by either blocking two shots a game or altering many others with his longs arms and leaping ability.

“A lot of times, Metcalf was blocking or altering the shot and made up for someone else’s lack of footwork or being in the right position,” Tyler said. “His defense helped bring about really quick offensive transition plays to where we got layups and some open shots.”

Cromwell gave Oxford another inside presence for a team that didn’t have a lot of size, averaging 5.8 points and 5.4 rebounds while combining the stats with the knack for stepping in for a timely charge on the defensive end.

“At times, Cromwell was the most improved player and at times he was the MVP of the game,” Tyler said. “He was an anchor for us.”

The 6-foot, 195-pound Jones was undersized for a post player, which made his 10.1 points and five rebounds a game in addition to being a 59-percent shooter from the field all the more impressive. Jones, who has signed to play football at East Mississippi CC, had a unique ability to use his athleticism to score among the trees.

“He’s strong, could score inside and rebound really well. He gave us inside scoring, and he gave us good rebounding,” Lafayette coach John Sherman said. “He jumps well, he moves well, and he knows how to play.”