Freeze wants to play other schools in spring 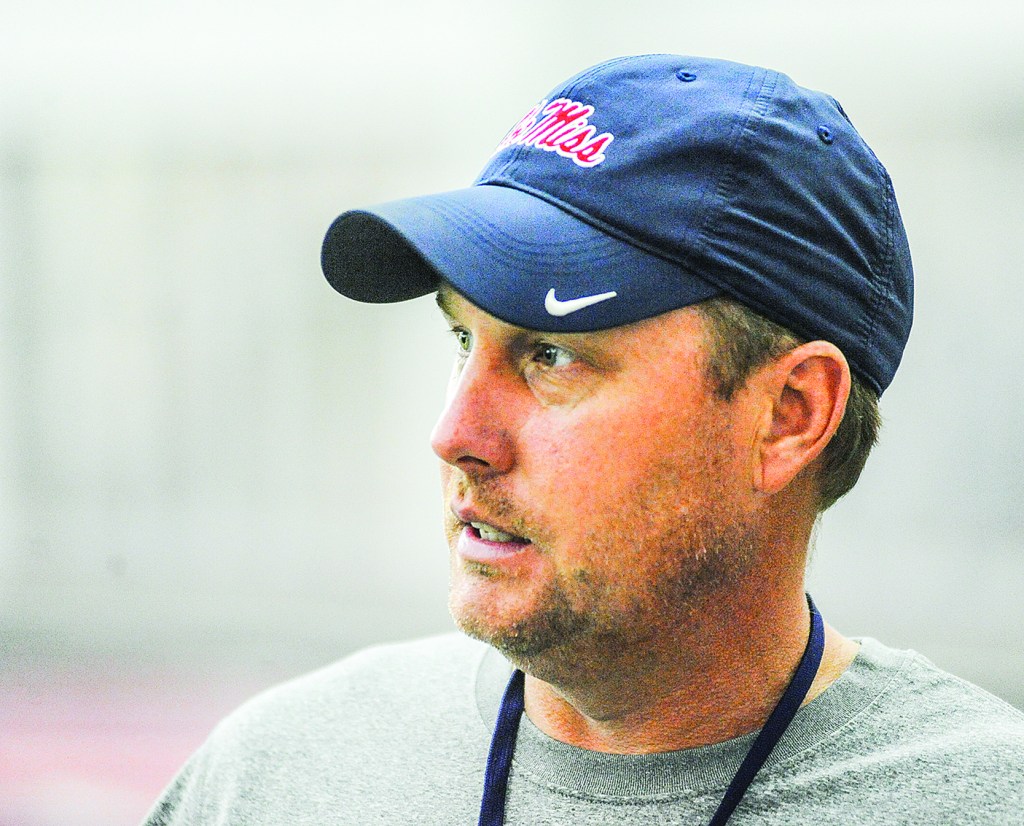 While not a fan of playing an intrasquad scrimmage to cap spring drills, Ole MIss coach Hugh Freeze would not mind playing another nearby school.

Hugh Freeze isn’t big on spring games, but ending spring practice with a game against another team?

Ole Miss didn’t hold its annual Grove Bowl this year with Vaught-Hemingway Stadium closed because of renovations. The Rebels’ head coach watched some of the other spring games around the Southeastern Conference once Ole Miss finished its final practice Saturday with a sense of relief.

“I can’t say that it broke my heart that we didn’t have that kind of game,” Freeze said with a smile.

But Freeze is serious about the possibility of future spring games being more than a glorified scrimmage. He’s in favor of Ole Miss playing another school in order to get a better gauge of exactly how much progress his team has made in its first three weeks of preparation for the upcoming season.

“I think we would all get a lot out of that,” Freeze said. “You can play ones on ones, twos on twos and threes on threes and just get a lot done. I’m sure there’s some negative, but I can’t think of one.”

Freeze’s proposal, one he said he’s already brought up at the annual SEC spring meetings in Destin, Florida, is to play a regional non-conference opponent that isn’t on an upcoming schedule and charge $5 or less for tickets with all that money going to a charity of the teams’ choice once expenses are covered for the traveling team.

“I think it would be good for football to give back because people would pay $5 to come see us play somebody,” Freeze said. “I don’t want it to be expensive. Just make it to whatever you can give.”

Freeze said he plans to push the idea “a little harder” at this year’s SEC meetings next month. Such an idea would have to be backed by school presidents and athletic directors, but Freeze said he first needs to get more support from his fellow coaches.

“When I first said it, they probably just kind of thought that would be good, but then I think after we thought about it and talked about it more, this time when I say it, maybe there will be some that say I’m for that and I’m for that,” Freeze said. “Then we make a motion that we try to get it pushed to the next level.

In the meantime, Freeze said Ole Miss will go back to holding its usual spring game next year.

Supporting the ban
Freeze also voiced his support for the NCAA’s recent decision to immediately ban satellite camps. The Division I Council on Friday approved a proposal from the SEC and Atlantic Coast Conference for FBS schools to hold camps only on their respective campuses.

Satellite camps became a hot topic over the last year once schools began to hold camps for high school players off-campus and, in some cases, in different regions of the country. Michigan, under second-year coach Jim Harbaugh, notably drew the ire of many SEC coaches after holding clinics the last two years in Alabama and Florida, fertile recruiting ground for schools in the Southeast.

Harbaugh was scheduled to hold a camp at Pearl High School in June before Friday’s ruling.

Those in favor of the camps saw the ruling as the NCAA prohibiting the possibility of some high school players getting the kind of exposure they may have not otherwise gotten. Freeze said the camps also put a lot of pressure on prospective players about which camps to attend.

“You might have 50 camps in Atlanta or Dallas, so now all those kids have got to go to all of those because we’re not going to partner with everybody,” Freeze said.

Ole Miss was going to partner with Missouri to hold a camp in Atlanta and pair with Oklahoma State for camps in Texas later this year, Freeze said, but those are now off.

“I’m away from my family enough, and I just did not want to go,” Freeze said. “I was ready to, and we would have. We would have jumped in there with the rest of them and gone to work, but I’m glad we can have a camp and I can sleep at home.” 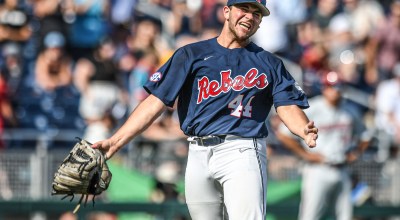