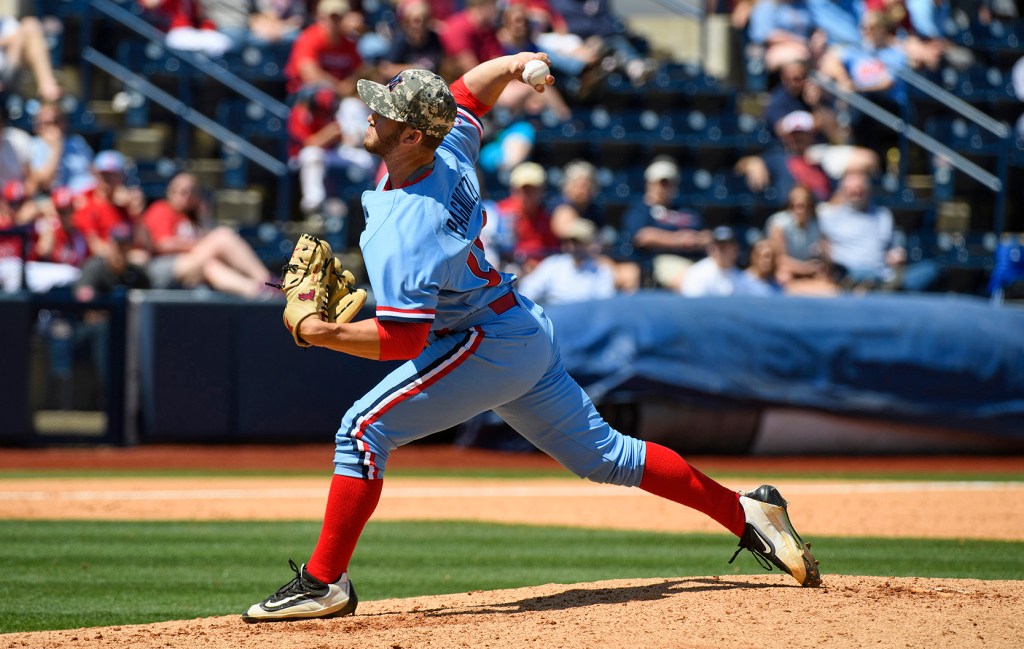 One of Ole Miss’ top pitchers was arrested over the weekend on suspicion of driving under the influence.

Pagnozzi, who got the win in the Rebels’ series finale against Arkansas on Sunday, is scheduled to appear in justice court on April 26.

“We are aware of the matter, and from a team standpoint, it has been handled internally,” Ole Miss coach Mike Bianco said in a statement released through the school. “We understand the seriousness of the situation and address it with fitting consequences when instances like this occur.”

A freshman right-hander, Pagnozzi is 5-1 with a 3.18 earned run average and 22 strikeouts in 28 1/3 innings this season, the third-most innings of any pitcher on staff. He’s made three starts but threw 2 1/3 innings in relief Sunday against his homestate school, allowing two earned runs on two hits while fanning three.

Pagnozzi signed with the Rebels out of Fayetteville (Arkansas) High, where he was named a Louisville Slugger first-team All-American in 2015 by Baseball America.