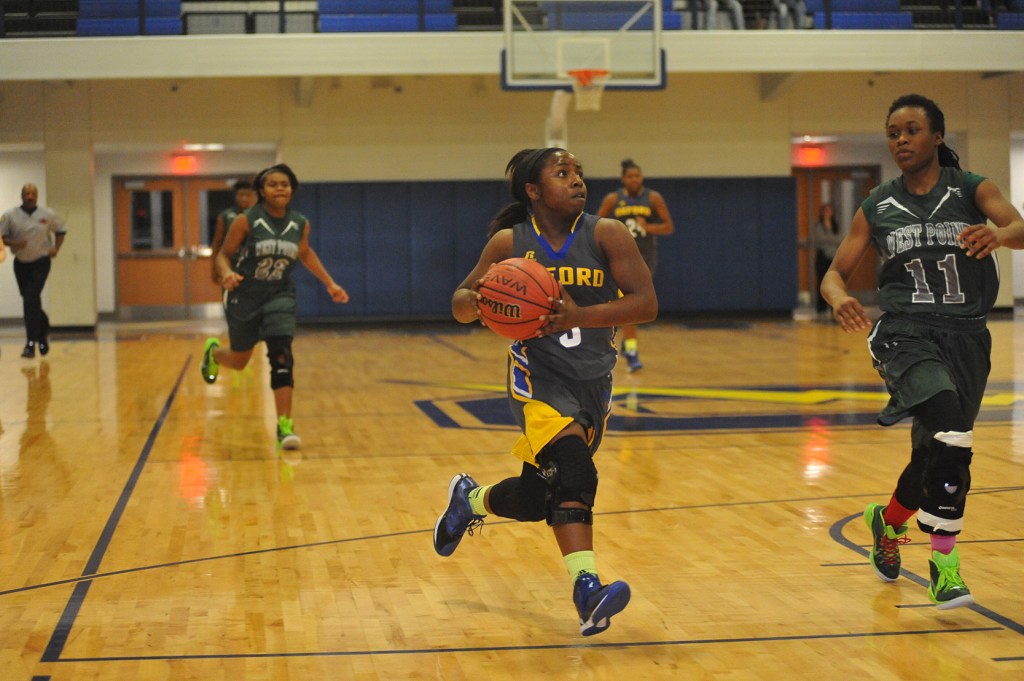 When it came to deciding where she wanted to go to college, the deciding factor was going to be where the most scholarships would come from, academic or athletic.

For Aliyah Herod, she luckily found one where she can still continue to be an athlete. The Oxford High girls basketball star signed with Delta State on Wednesday at the OHS gym.

“Honestly, they were giving me a full ride and that’s something that was a goal for me,” Herod said of signing with Delta State. “For a four-year college, that’s pretty good for me.”

The Chargers’ former guard had offers from multiple junior colleges, including Northeast Mississippi CC, Itawamba CC and Meridian CC but felt Cleveland was where she wanted to call home for the next four years. Delta State started looking at Herod last year during one of her summer games where she put on a good performance for her future school.

“I was doing pretty good, scoring a lot of 3s, and I guess they were impressed,” Herod said. “I knew they were there when I was playing, but like later in the game when my AAU coach told me they were there.”

Herod is the second Oxford player in a week to continue her career at the next level as teammate Kyla Malone inked with Mississippi Gulf Coast CC last week. For first-year coach Cliff Ormon, it was not so much trying to give advice to his players as if he had known them for four years but more just being there for any questions they had for him.

“Delta State is getting a player that loves basketball,” Ormon said. “She’s a big-time competitor. Brings a lot of skill also. She’s going to be able to come right in and play because she plays so hard. … She brings an offensive spark to the game, but it’s her competitiveness on both ends of the floor that makes her a player that I think makes Delta State excited.”

During her senior year, Herod led Oxford with 12.6 points per game. She also averaged 2.4 steals, which was an aspect of her game she wanted to work on before heading to Delta State in August.

“(Ormon) taught me small things, things I didn’t really know before,” Herod said. “He helped me defensively. He really just taught me a lot about the game and things I was supposed to be doing offensively, defensively.”