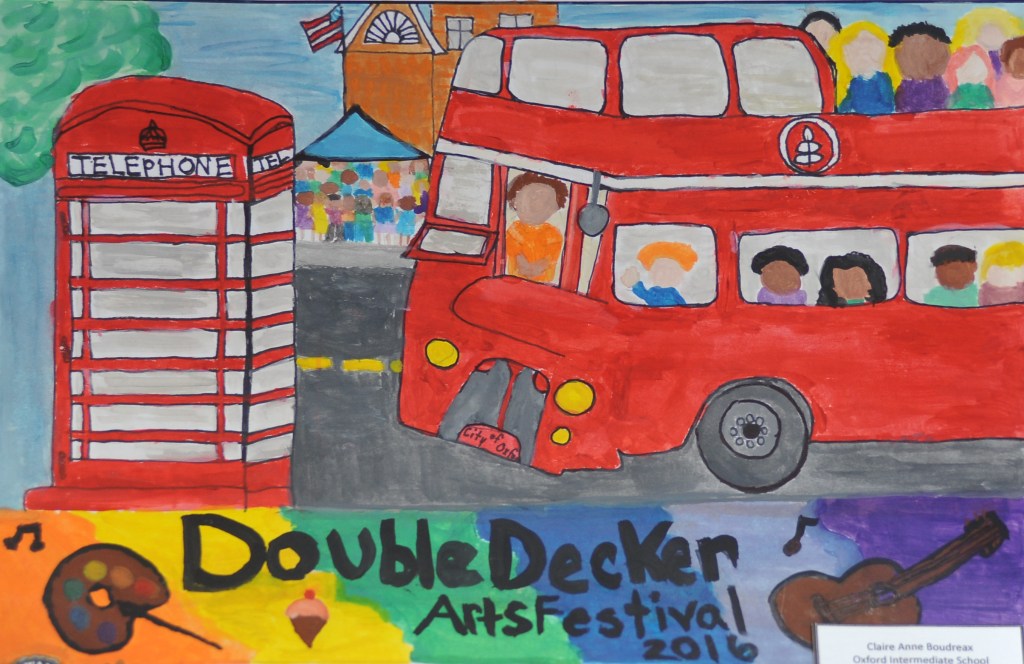 A year’s worth of Chick-fil-A went to the first-place winners at the inaugural Oxford Kiwanis Club’s Double Decker Student Art Show and Sale on Wednesday.

“I almost considered entering when I heard about the first-place prize of chicken for a year,” he said with a chuckle.

The contest asked students in third through sixth grade, at all area schools in Oxford and Lafayette County, to create a drawing or painting that featured the Double Decker Arts Festival and depicted what the festival means to them. Awards were given to first-, second- and third-place winners. The winning artwork will be hung up at Chick-fil-A in Oxford until May 1.

The artists had to pay a $10 entrance fee. All the art was on sale Wednesday for $20 except the winning pictures that cost $40.

Some of the local organizations Kiwanians support include Lovepacks, Interfaith Compassion Ministry and the Boys and Girls Scouts.

Stephens said the talent of the children who took part in the program amazed him.

“I was really pleased with the participation and just blown away by the talent we have here in our schools,” he said.

The teachers who had the most participation were given $100 to use in their classrooms.

Mayor Pat Patterson also attended the event and said he was impressed with the turnout.

Rosie Vassallo with the Oxford-Lafayette Chamber of Commerce said six judges were asked to select the winners, which was not an easy task, she said.

“We asked people who did not have children in the schools,” she said. “It was a tough, competitive competition. There’s some great art here.”

McKay Bartlett, 12, was the first-place winner for the sixth grade. She attends Regents School of Oxford. After receiving her year of free chicken award, she stood near her picture where her family gathered to take photos. Her picture was of musicians on stage during the festival with the crowd behind them. She used colored pencils.

“I like using things where I can also use my fingers for shading and things,” she said.

Many of the drawings and paintings were of the Double Decker buses, but Bartlett said she wanted to do something different.