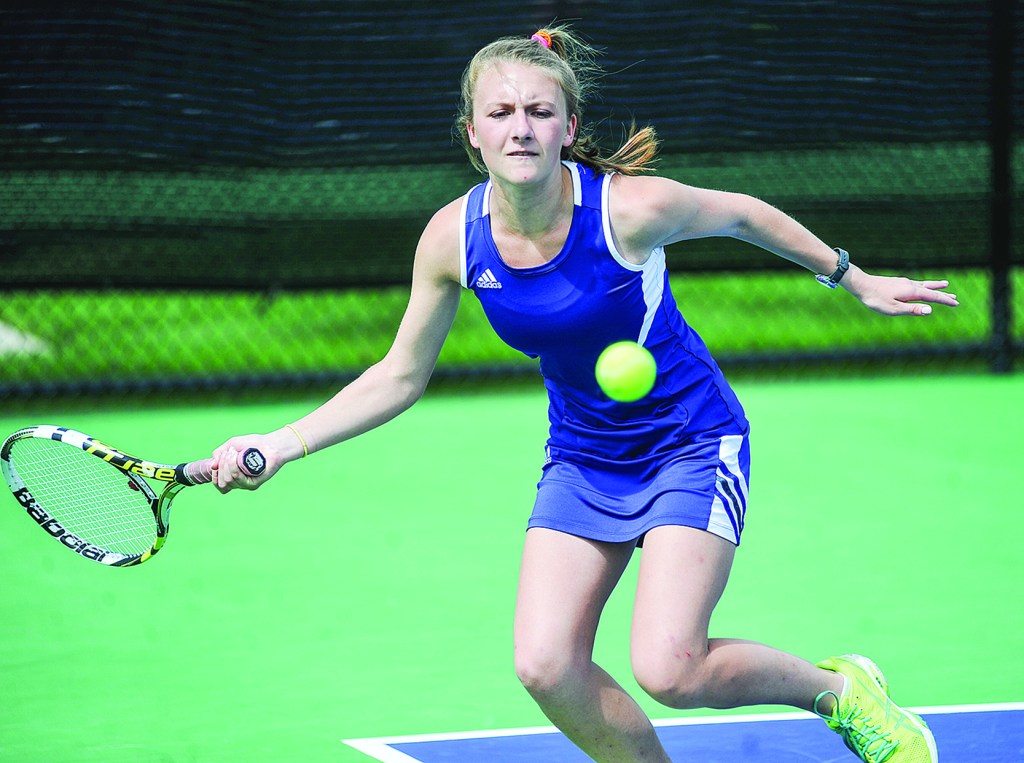 Oxford’s Claire Stevens returns a serve against Germantown in the MHSAA Class 5A tennis playoffs at John Leslie Tennis Courts on Monday. The Chargers won 7-0 to advance to the second round where they will travel to Center Hill next Monday.

The Oxford High tennis team is in search of its ninth straight team state title and got off to a good start on Monday.

The Chargers (14-0) swept Germantown, 7-0, in the first round of the MHSAA Class 5A playoffs at the John Leslie Tennis Courts.

All seven points were won in straight sets.

Grace Anne Jones and Will Swindoll won the girls and boys singles points, respectively, in straight sets to get the day started for Oxford.

The team of Sarah Nash and McClellan Davis won the first girls doubles point by a score of 6-1, 6-1 while teammates Claire Stevens and Olivia Williams took the second doubles point with a 6-2, 6-3 win.

On the boys’ side, Bo Nash and Max Mauney took the first doubles point 6-1, 6-1 with teammates Gus Morgan and Gordon Whitwell winning in a 6-0, 6-0 match.

Oxford had already advanced, but Ryan Mounce and Amanda Lowery put the bow on the sweep with a 6-0, 6-0 win in the mixed doubles match.

The Chargers will head to Center Hill on Monday for a second-round matchup.