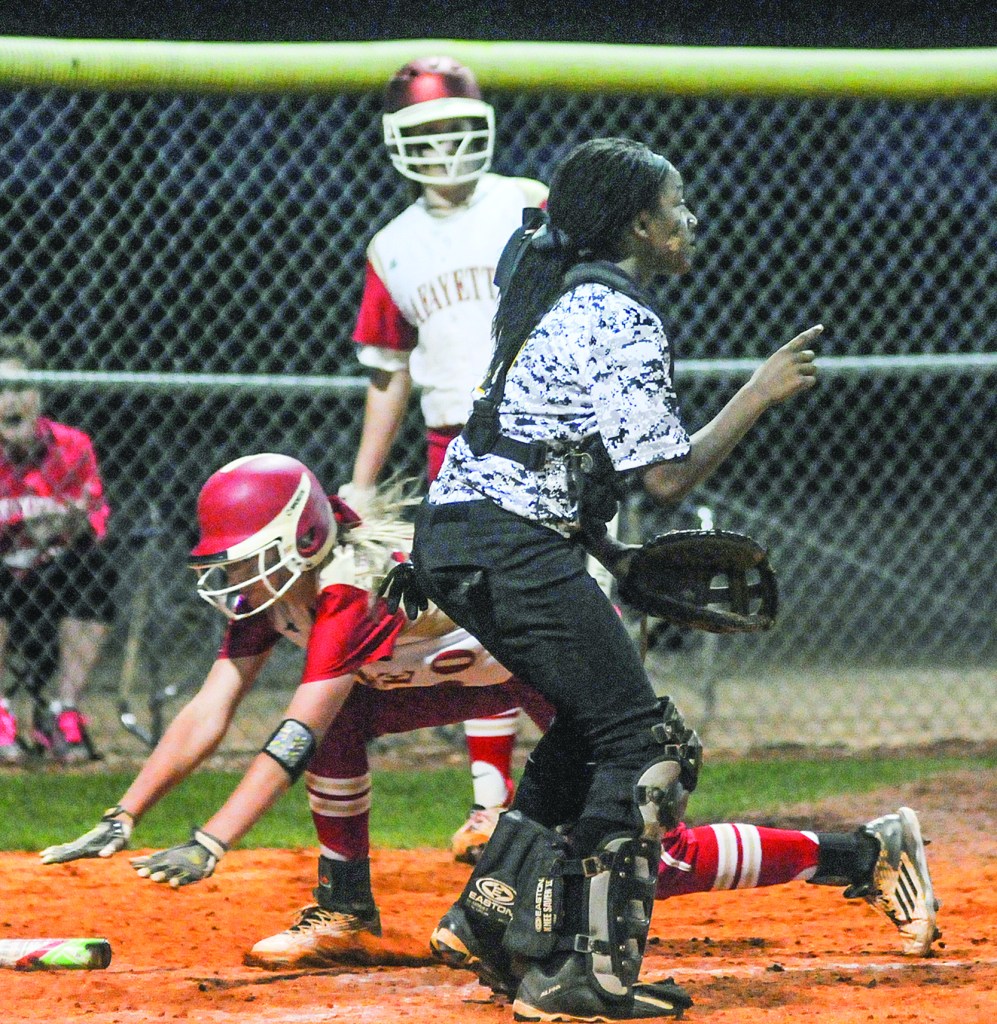 The Commodores got solid pitching from Chloe Russell and Madisyn Cobbs and pounded out 13 hits, but Lafayette rarely got the timely one in a 3-2 loss to Pontotoc in its regular-season finale at the LHS softball field.

Lafayette (14-9, 7-3 Region 2-4A) will start the MHSAA Class 4A playoffs Friday either at home or on the road depending on whether they get the second or third seed in their region, something the Commodores could’ve sewn up against the Warriors but instead will have to await the outcome of today’s game between Pontotoc and Ripley.

“That was not good,” Jenkins said. “About the best thing I can say about it right there.”

Russell scattered five hits over the first five innings while Cobbs hurled two hitless innings of relief to keep Lafayette close, but the Commodores committed three errors, one of which helped Pontotoc plate the go-ahead run in the top of the fifth.

“I thought (our pitchers) did well tonight,” Jenkins said. “Chloe got a little behind there in the count toward the end of the fourth inning, but she still pushed through. The defense has got to play better behind them.”

The offense squandered chance after chance to get the runs back.

Kylie Glass and Xhiir Burgess each had RBI knocks through the first three frames to give Lafayette a 2-1 lead, but the Commodores left 12 runners on base and missed golden opportunities with the bases loaded on two occasions against Pontotoc’s Mary Kate Butler. The last came with one out in the bottom of the fifth when Butler got back-to-back strikeouts of Julianna Ingram and Shelbi Buford to end the threat.

“Statistically they just don’t play together,” Jenkins said. “That’s what their problem is. That’s what I just told them. You don’t have 13 hits and score two runs off of it. That’s just ridiculous. But you can’t have more errors than you have runs either.”

Butler struck out six to get the complete-game win while Russell was pegged with the loss. Mariah Holland had three of Lafayette’s hits, Burgess had a pair of doubles, and Russell added two hits, but the mentality at the plate with runners on, Jenkins said, has to change going forward if the Commodores want to continue playing past this weekend.

“I needed this to be the lesson learned tonight knowing you’re going into the playoffs rather than it be learned later,” Jenkins said. “But whether they can learn it or not in the next four days, I don’t know.”