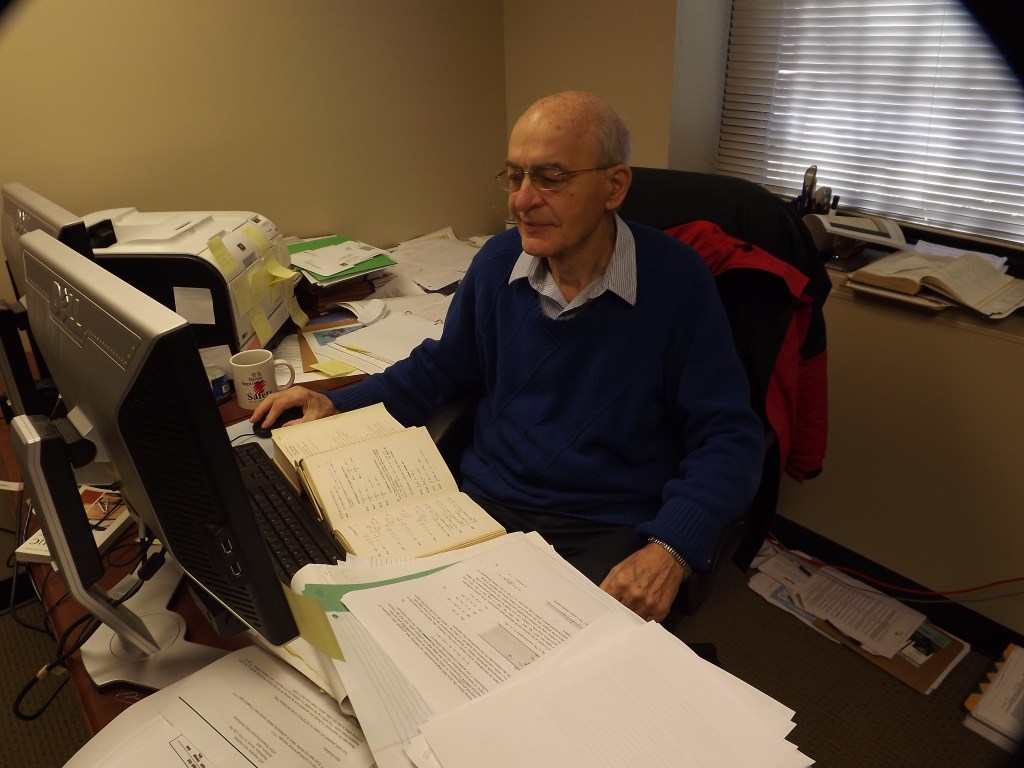 In the 1930s, one of the greatest natural disasters in United States history occurred.

The Dust Bowl devastated farmers and farming communities to where millions of people had to pack up belongings and leave their land.

This was a period when dust storms produced massive traveling waves of dust that were as high as an office building and miles wide. The storms were so intense that people could not prevent the dust from invading their homes or destroying their crops and farm animals.

This part man-made and part-natural disaster covered large portions of Kansas, Oklahoma, Texas, New Mexico, Colorado, Nebraska and the Dakotas. One storm in May 1934 blasted an estimated 350 million tons of earth into the sky in one dust form, according to a history of the Dust Bowl published in Great Plains Quarterly.

Dense clouds of dust from the Plains states churned their way through Chicago, New York and Boston. The event’s effect was so massive it enveloped the Empire State Building.

The grasslands of the Great Plains were rich and deep at one time, but they had been farmed for generations. Eventually, the breakdown of topsoil stability combined with a multiyear drought and winds caused the soil to be literally swept away in these dangerous, massive storms, according to “The Dust Bowl,” a PBS documentary by Ken Burns.

The lack of understanding of the nature of soil was plainly evident, and there appeared to be no solution to the problem, even with the return of abundant rains.

In response, the Franklin Roosevelt Administration called on scientists to gain their collective wisdom regarding a scientific approach to soil conservation, according to the U.S. Department of Agriculture’s Natural Resources Conservation Service.

The outgrowth of that effort was that Congress passed the Soil Conservation Act, and Roosevelt signed it into law in April 1935.  Thus was born the Soil Conservation Service, created with the intent of protecting “land resources against soil erosion.” It was the first time that science was applied to agriculture, and no one knew if it would work.

Around the same time, Mathias Romkens was a young boy living in the town of Heerlen in the Netherlands. Romkens’ grandfather and father had both worked in the coal mines, the former as a supervisor and the latter as a mine surveyor.

This region of deep shaft mining was not unlike the Appalachian coal mine country of Pennsylvania and West Virginia, where generations of families went into the mines for their life’s work, many of them never to return alive or to live their latter years with debilitating illnesses.

Work in the mines was generational, and expected. But Romkens said his father instilled in him a hunger for education. In his formative years in Holland, Romkens was a bright student with a deep interest in science and engineering.

Romkens obtained his engineering degree from Wageningen University in the Netherlands in soil water hydrology — a specialty related to the problems that scientists had been trying to address in the Dust Bowl states. As part of his academic program, he was required to do a period of work in his engineering field outside of the university, applying what he had learned to real-life situations.

He decided to come to the United States and the Mississippi Delta where he began working on problems related to soil conservation. He worked directly on the historic, 20,000-acre King and Anderson Plantation in Friars Point, studying how cotton plants respond to different soil and water conditions.

After his field work in the Delta, Romkens entered Mississippi State University, earning a master’s degree in soil physics. Then he earned a doctorate from Cornell University. In 1968, he was invited to work on a research project at Purdue University, which was run by the U.S. Department of Agriculture.

Those early 1930s-era efforts of applying a scientific approach to agriculture, such as terraced and contour plowing and irrigation techniques, had worked well, and Plains states farming had substantially recovered, according to History.com.

By the time Romkens went to work for the USDA doing research at Purdue, the USDA had taken over the work of the Soil Conservation Service and had created specialized divisions to deal with soil erosion problems.

In the 1960s, the USDA, desiring to extend its research and scientific predictive modeling opportunities in the era of advanced technology, opened the National Sedimentation Laboratory in Oxford. After honing his skills in his scientific specialties, Romkens came to Oxford in 1973, first as a scientist and, eventually, rising to become the director of the National Sedimentation Laboratory.

Romkens is emphatic when talking about the important role mentoring played in his life, recalling at least three professors and scientists that took him under their wings and provided immeasurable help, guidance and inspiration to him. Throughout the senior portion of his career, he accepted the calling of mentorship as he provided guidance and friendship to colleagues and people he supervised.

Rob Wells, a hydrology engineer at the lab, said Romkens once showed up at 2 a.m. unexpectedly to help him set up a research project that had to be run on a specific schedule. “No one asked him to be there and, as director, he certainly didn’t have to, but that is just the way Matt is.”

He said Romkens pitches in and gets down in the trenches to get the best out of his people and give them a sense of pride in a job well done. To understand the importance of the work the lab does, Wells said: “Soil is not made in the timescale that we are losing it, which means that if we lose too much, we’re not going to be able to grow plants in it.”

This all relates back to the importance of Romkens’ and his colleagues’ work in predicting soil and sediment behavior to prevent another catastrophe like the Dust Bowl. The research and information developed by the lab during Romkens’ directorship has been applied, not only in the Mississippi Hill Country and the Delta, but also around the country and the world.

A few years ago, Romkens decided to retire, and — while still working on his science — he now has time and energy to devote to a project he has longed to pursue. Back in his hometown in the Netherlands, his family started a civic orchestra in 1890.

It is still going strong. From a shelf in his office, he displays a black and white picture of the orchestra dated 1934. As he points to people in the photo, he proudly says, “That is my father, and there is my grandfather. Here is my godfather, and that is my uncle.”

He then takes down another photo — this one in color. It is a recent picture of the orchestra taken within the past few years. It has grown to 65 members and looks  impressive and successful.

The orchestra has become his project. A few years ago on a visit home, he gave the orchestra a large cash gift and scheduled annual donations of 1,000 euros. This endowment was just the beginning of Romkens’ charity. He has made arrangements to leave a portion of his estate to the orchestra.

This generosity, along with his career at the National Lab, are part of the legacy of an immigrant who once worried about whether he would be able to get his green card if he stayed in the U.S. In October, Romkens returned home to Heerlen for the 125th anniversary of the orchestra’s founding.

Romkens continues his scientific work in retirement. He will present a major paper at the International Symposium on River Sedimentation in Stuttgart, Germany in September.