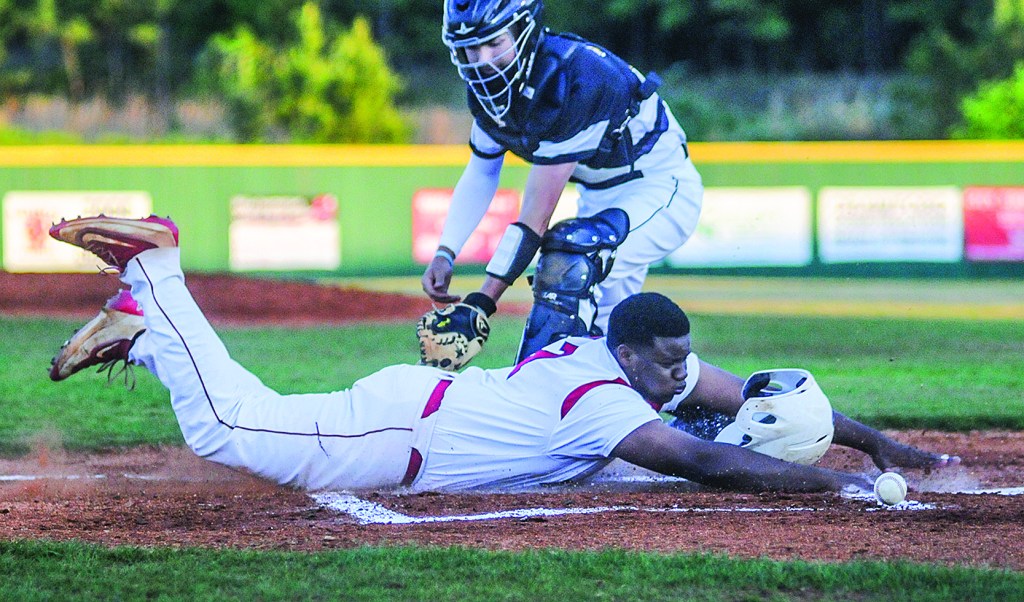 Greg Lewis sensed his defense was getting it together the last two weeks of the regular season.

In Lafayette’s playoff opener Friday, the Commodores’ coach watched the group turn in perhaps its cleanest effort of the season.

Mack Bishop twirled his second gem in as many outings with the help of a defense that made one impressive play after another behind him as Lafayette took the early lead in its MHSAA Class 4A first-round playoff series against Pontotoc with a 3-0 win at W.V. Brewer Field. The teams played the second game of the best-of-three series Saturday night at Pontotoc, but the game was not completed by press time.

“They came a long way tonight,” Bishop said. “I saw some plays tonight they made that were really spectacular and really helped me hang the zeros up there on the scoreboard.”

Lafayette (12-12) quickly went to work against Pontotoc starter Trace Spears, grabbing a 2-0 lead in the bottom of the first. Will Christian brought Khalil Martin home with a single that got past right fielder Brandon Hale and came around to score on Tyler Williams’ ensuing knock.

Bishop and the defense took over from there.

Bishop worked around a couple walks and a handful of hits to strike out nine with his teammates helping prevent extra baserunners and eliminate the ones that reached. Williams made a falling grab on a shallow fly in center in the second while third baseman Luke Gossett ran over to cut off an in-between chopper while making the throw on the run for the out in the middle innings.

But the highlight of the night came with one out and a runner on in the top of the fifth from shortstop John Tate Roberts, who sprinted to his left and fully extended to glove Ross Montgomery’s grounder up the middle. Roberts flipped the ball to second baseman Will Cullen to complete the forceout, keeping the Warriors (14-13) from threatening with Lafayette leading 2-0 at the time.

“I actually told (assistant)  coach (David) Renfroe, I said, ‘We deserve one of those,’” Lewis said. “Just an unbelievable play. He’s been working really hard, and for a sophomore, he’s really grown over these last two weeks.”

Said Bishop, “I felt great (after that play). It just fired me up.”

Pontotoc didn’t get a runner in scoring position the rest of the night as Bishop quickly retired the Warriors in the final two innings to cap his second complete-game win in six days.
Spears took the loss, allowing all three runs in six innings. Williams had two hits for Lafayette.