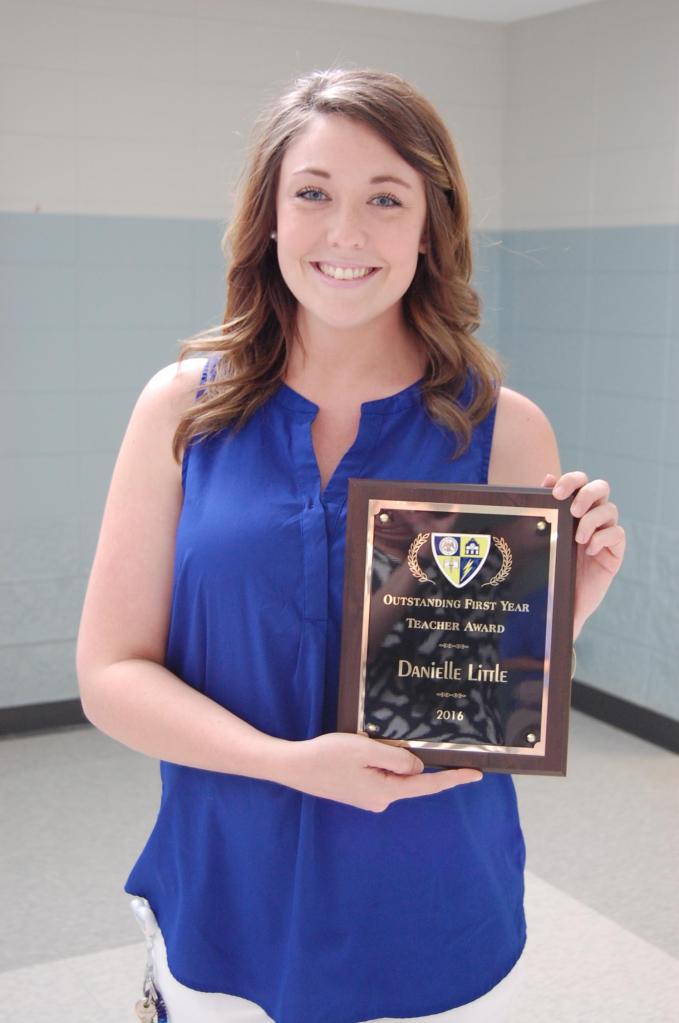 Math isn’t easy for everyone to grasp, especially for middle-school students when they start learning about algebra and having to do harder mathematical equations. Gone are the days of just memorizing the times table.

Danielle Little with the Oxford Learning Center is helping sixth-grade students who are behind in math to catch up and surpass their own expectations by learning both sixth- and seventh-grade math in the same year.

The students who failed sixth-grade math work with Little so that by the end of the year they can proceed to the eighth grade.

It was her dedication to motive her students and making the new program successful that earned her the title of First Year Teacher of the Year for the district. Little was recognized and given a plaque Monday evening during the OSD board meeting.

The program is new to OLC, and so is Little, who just started teaching in August.

Little, 24, graduated from the University of Mississippi with a bachelor’s degree in education in 2015. One week after graduation, she was hired by the Oxford School District to head up the new math program at the Oxford Learning Center, an alternative education school for students in grades 6 through 12 that strives to produce educated, responsible citizens who are capable of taking an active role in society. Some of the students have behavioral issues and were too disruptive in the mainstream schools. Some are fifth-year seniors who didn’t meet the requirements to graduate. Some may struggle to keep up with school for other reasons.

“We have one girl who was diagnosed with cancer,” Little said.

School District Assistant Superintendent Bill Hamilton said Little stood out to be the top first-year teacher early on in the school year.

“She sets high expectations in her classroom,” he said. “And her students rise to the occasion.”

In a written statement read by Hamilton, OLC Principal Kathy Burnham Howington said when you step into Little’s classroom, you step into a unique place. “A classroom that is encouraging and vibrant,” Howington wrote. “But more importantly, a classroom where there are energized students working to complete two grades in one year.”

Originally from Horn Lake, Little said she learned of her award Friday and was excited to be recognized during her first year of teaching.

In her classroom, she uses online programs, which allows the students to use computers.

“We do hands-on activities as well,” she said. “We made volcanoes recently.”

With the program being new to the district, Little said it was a learning experience for her and the school.

“I’m still learning new things and working out the program to make it as successful as possible,” she said.