Hampton: Time to seize ‘my opportunity’ 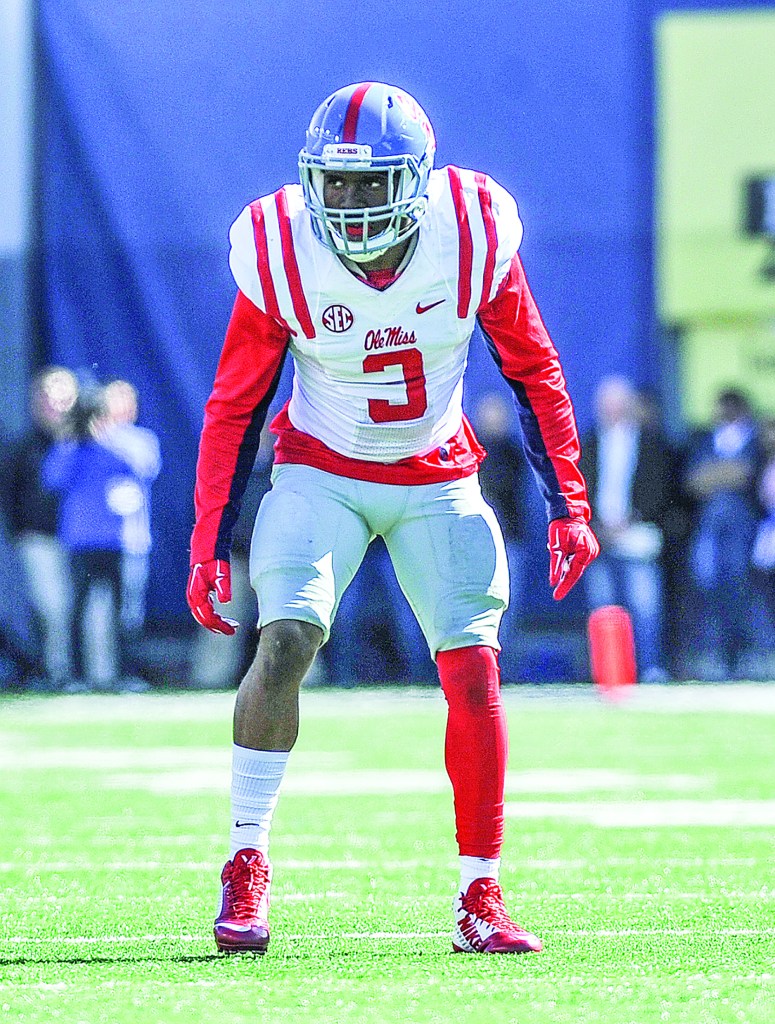 Once a highly regarded recruit, rising junior safety C.J. Hampton is vying to be a full-time starter in Ole Miss’ secondary for the first time in his career. (Bruce Newman)

Ole Miss’ rising junior didn’t make the kind of early impact he envisioned himself making in the secondary after signing with the Rebels as one of the nation’s top-rated high school safeties in 2014. He sat behind All-American Cody Prewitt as a freshman and was a backup to Trae Elston for most of last season.

But Elston and fellow safety Mike Hilton are gone, leaving Hampton as one of the veterans amidst a group of players at his position that’s got a much younger look to it than in recent years.

Though the competition is rampant, Hampton said if he’s going to rise to the forefront on the back end, that time is now.

“I’ve been feeling like that for a long time,” Hampton said. “I think now is just my opportunity.”

Hampton said he “paid a lot of attention to details” this spring to get closer to rounding out his game. The 6-foot, 179-pound Hampton played in nine games last season with four starts at free safety after Tony Conner’s knee injury caused the secondary to reshuffle, finishing with 27 tackles and a pass breakup despite dealing with a stinger late in the season.

But further refining his technique to go along with his coverage skills was the focus for Hampton this spring in his push for what he expects to be a much more prominent role come the fall.

“Just repped it out with tackling,” Hampton said. “Getting my head up, making sure my face is always up, driving my feet and just try to eliminate missed tackles as much as possible.”

While Hampton may be the favorite to take over permanently at free safety coming out of the spring, he’ll have to fight for it.

The Rebels repped their young safeties at a number of different spots this spring as coaches began evaluating their options in trying to find two new starters, and there’s no shortage of them. A.J. Moore, C.J. Moore and Zedrick Woods are all back while head coach Hugh Freeze and safeties coach Corey Batoon consistently spoke highly of the freshmen, including Armani Linton, Montrell Custis and true freshmen Myles Hartsfield and Greg Eisworth. Deontay Anderson, a top-100 high school signee, will join the competition this summer.

“Miles to Greg to C.J. to Zedrick to A.J. to Montrell Custis, all those guys. They’re ballers,” Hampton said. “There’s nothing bad I can say about them. I think those guys help push me, and I help push them. So we’re going to keep on going and keep on grinding it out.”

Advanced knowledge
Coaches admitted Hampton could have used a redshirt when he arrived on campus two years ago, but a thinner depth chart than the one the Rebels have now didn’t afford them that luxury. But an accelerated approach to getting Hampton on the field forced him to quickly get familiar with Ole Miss’ defensive scheme, something that’s now giving him a leg up in the race for a starting spot.

“The benefit is that he learned the system, and we haven’t really moved him around to a bunch of different positions. He knows that position,” Batoon said. “He’s a very good vocal leader out there. He helps those kids get lined up.”

It’s up to Hampton to grab it.

“The ball is in my court now, so I think I just need to step up now and make the plays that are expected of me, do what’s expected and eliminate all the mistakes. Everything has to be perfect now.”
Said Batoon, “He’ll have every opportunity to see what he can do.”