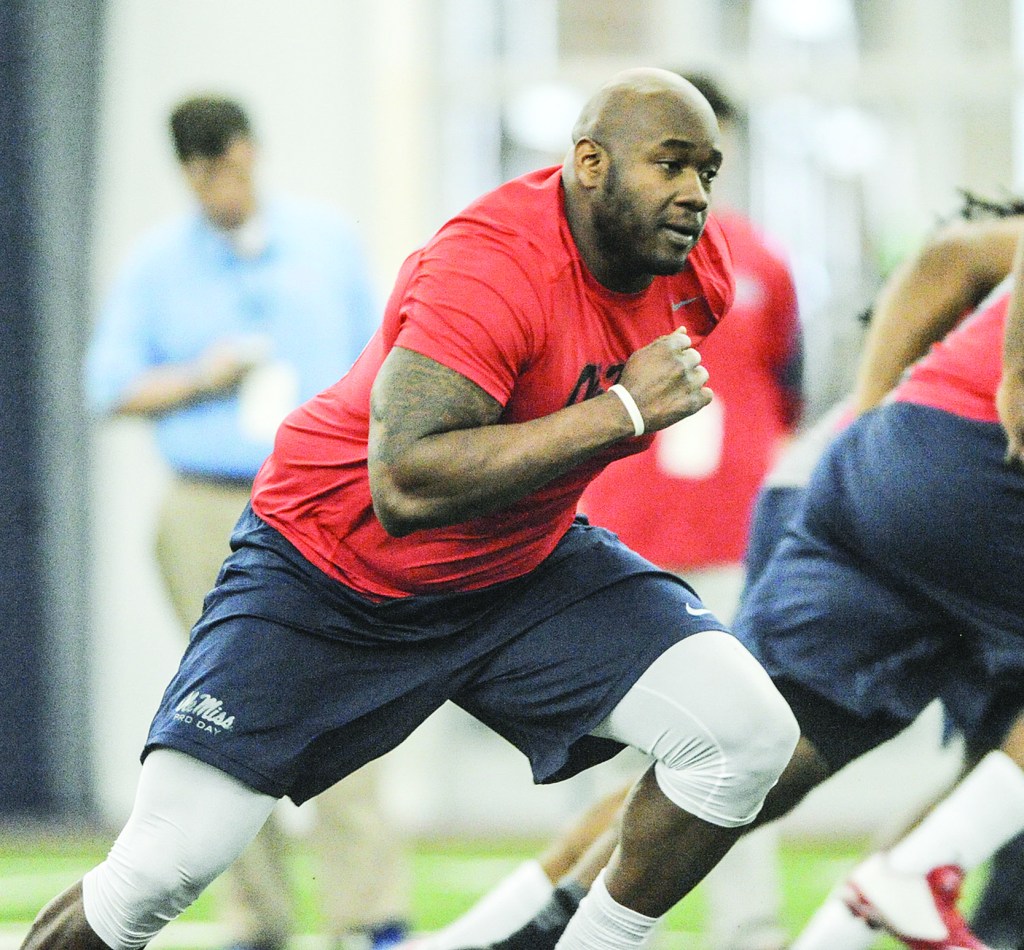 Hours before presumably becoming one of the top picks in the NFL Draft, former Ole Miss offensive lineman Laremy Tunsil is dealing with another legal situation involving his stepfather.

Accusing his stepson of attacking him last summer and defaming his character, Lindsey Miller has filed a lawsuit against Tunsil seeking compensation and punitive damages, according to The Clarion Ledger. The suit was filed late Tuesday at the Lafayette County Courthouse, according to the report.

The suit stems from an incident in June that resulted in both parties filing domestic violence charges against each other. Miller accused Tunsil of attacking him after Miller and Tunsil’s mother, Desiree, argued about Tunsil having contact with agents while Tunsil alleged he was defending his mother from Miller.

Miller and Tunsil eventually turned themselves in to local police with Miller pleading not guilty at his arraignment, but the charges were mutually dropped. Miller also accused Tunsil of receiving impermissible benefits from Ole Miss during his recruitment.

Tunsil is expected to be one of the first players selected in the NFL Draft, which begins with the first round tonight in Chicago (7 p.m., ESPN). How soon the 6-foot-5, 310-pounder comes off the board isn’t clear anymore after Tennessee traded the No. 1 overall pick to the St. Louis Rams while Philadelphia pulled off a trade with Cleveland last week to move up to No. 2 in order to reportedly take the draft’s top two quarterbacks, California’s Jared Goff and North Dakota State’s Carson Wentz.

ESPN draft analyst Mel Kiper Jr. still has Tunsil ranked as the draft’s top overall prospect on his final Big Board but wrote “it seems clear Tunsil won’t be one of the first two players drafted in 2016.” Fellow draft analyst Todd McShay has the San Francisco 49ers taking Tunsil with the seventh pick should the San Diego Chargers pass on him at No. 3.