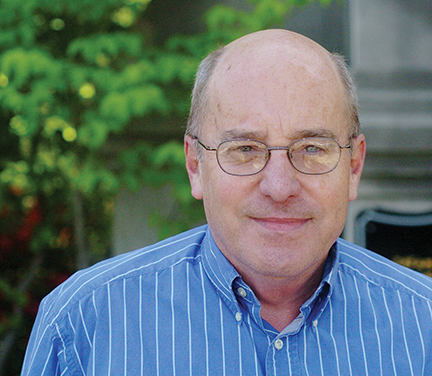 Hume Bryant is an ambassador for Oxford's trees.

Hume Bryant has no formal education in the field of dendrology or work experience as an arborist. It’s been only his pure interest in the trees that has kept him involved in keeping Oxford under a lush canopy.

“Trees have always been of special interest to me since I was a child,” Bryant said. “As a result, I have spent considerable time learning about trees and their importance to civilization.”

The Board of Aldermen established the Oxford Tree Board in 1996 after it passed the city’s first tree ordinance governing city trees. It also assigned the superintendent of buildings and grounds as Oxford’s tree supervisor. In 1997, Oxford was recognized as a Tree City USA and has retained that status since. Oxford is one of three cities in Mississippi to be designated a “Sterling” Tree City.

Bryant has been a member of the Tree Board since 2002. He has helped create some of Oxford’s current ordinances that protect trees, like the Landscape Ordinance that developers must adhere to when creating a new development.

“By far the most rewarding experience for me was the work done to transform the Tree Board from the organization that really could only bemoan the loss of trees to one, that through community education and the introduction of more strict tree-protection ordinances, enables the community to preserve many trees that in the past would have been lost,” he said.

However, even with laws in place to protect Oxford’s tree canopy, a lot of damage already has been done, according to Bryant.

“A healthy tree canopy for communities east of the Mississippi river is defined as 40 percent or more, where the canopy covered 40 percent of the land area,” he said. “Currently, Oxford is hovering just under 40 percent,

but developments that already have been approved but not yet constructed will result in a loss of about 300 acres of existing canopy in the next year or two.”

Some of the programs and accomplishments of the Tree Board include:

•working to have a part- time city arborist

•discouraging the prac- tice of clear-cutting

•and introducing the concept of mitigation for any mature trees cut during developments.

“Had the Landscape Ordinance not been in place, the loss of canopy would have been considerably more — in the range of an additional 100 to 150 acres lost per year,” he said.