WAITIN’ THEN TAKEN: Tunsil falls out of top 10; Treadwell goes to Vikings 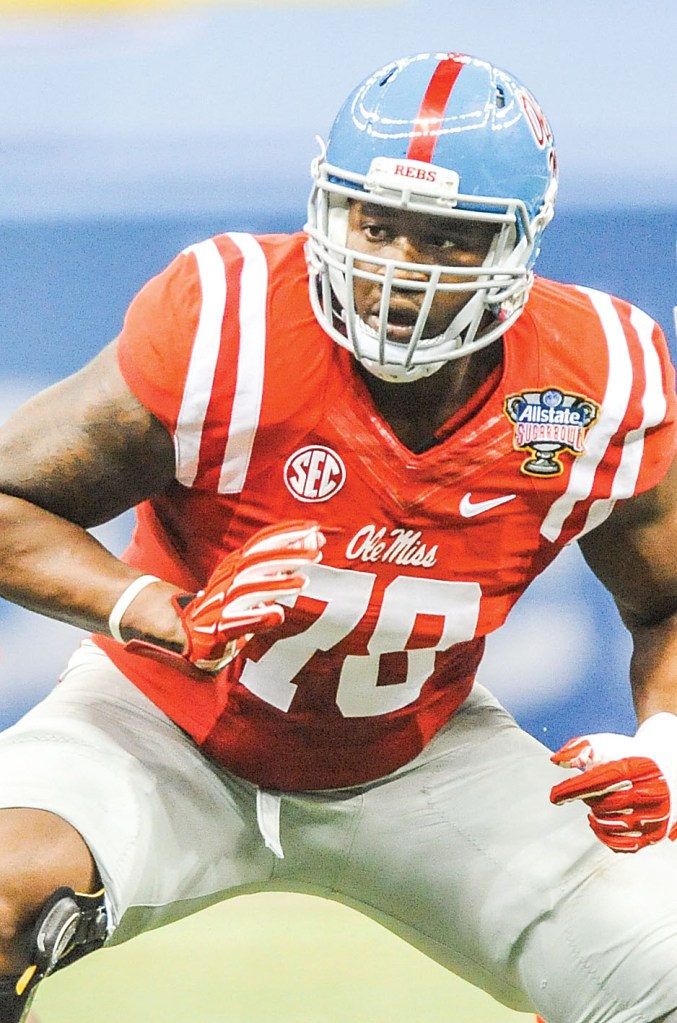 Offensive tackle Laremy Tunsil was the first former Ole Miss player taken in the NFL Draft on Thursday, going No. 13 to the Miami Dolphins. (Bruce Newman)

Ole Miss had multiple first-round selections in the NFL Draft for the first time since 2009, but not many expected it to go down the way it did.

Treadwell went about where was he expected, being the fourth receiver taken after Baylor’s Corey Coleman, Notre Dame’s Will Fuller and TCU’s Josh Doctson, but Tunsil took a precipitous fall after a social media gaffe.

Once projected to possibly be the first overall pick, Tunsil fell to the Dolphins after a video of him smoking a bong out of a gas mask appeared on his Twitter account just minutes before the draft started. Per multiple reports, Tunsil’s agent, Jimmy Sexton, acknowledged it was Tunsil in the video but said the account was hacked. Tunsil, after immediately deleting his account, reopened it briefly to post an apology.

“I recreated this account to publicly apologize for the recent video posted,” Tunsil tweeted. “I promise to work hard on and off the field.”

The 6-foot-5, 310-pound Tunsil was a mainstay on the Rebels’ offensive line after breaking into the starting lineup early in his freshman season. Though injuries and a seven-game suspension last year prevented him from ever playing a full season at Ole Miss, he gave up just two sacks in 26 career starts and finished his career as a two-time All-American and three-time All-Southeastern Conference selection. 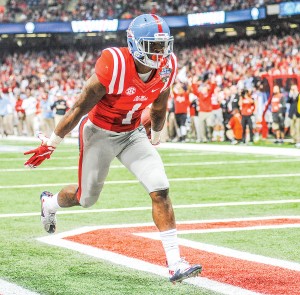 Treadwell finished his career as Ole Miss’ all-time leader in receptions (202) and came back from a broken leg and dislocated ankle to set single-season school records in catches (82), yards (1,153) and touchdown receptions (11) last season. The 6-2, 212-pounder was taken early despite concerns some teams reportedly had about his speed after he turned in unofficial times of 4.63 and 4.65 in the 40-yard dash at Ole Miss’ pro day last month.