An inside look at Beth Hunt Calligraphy 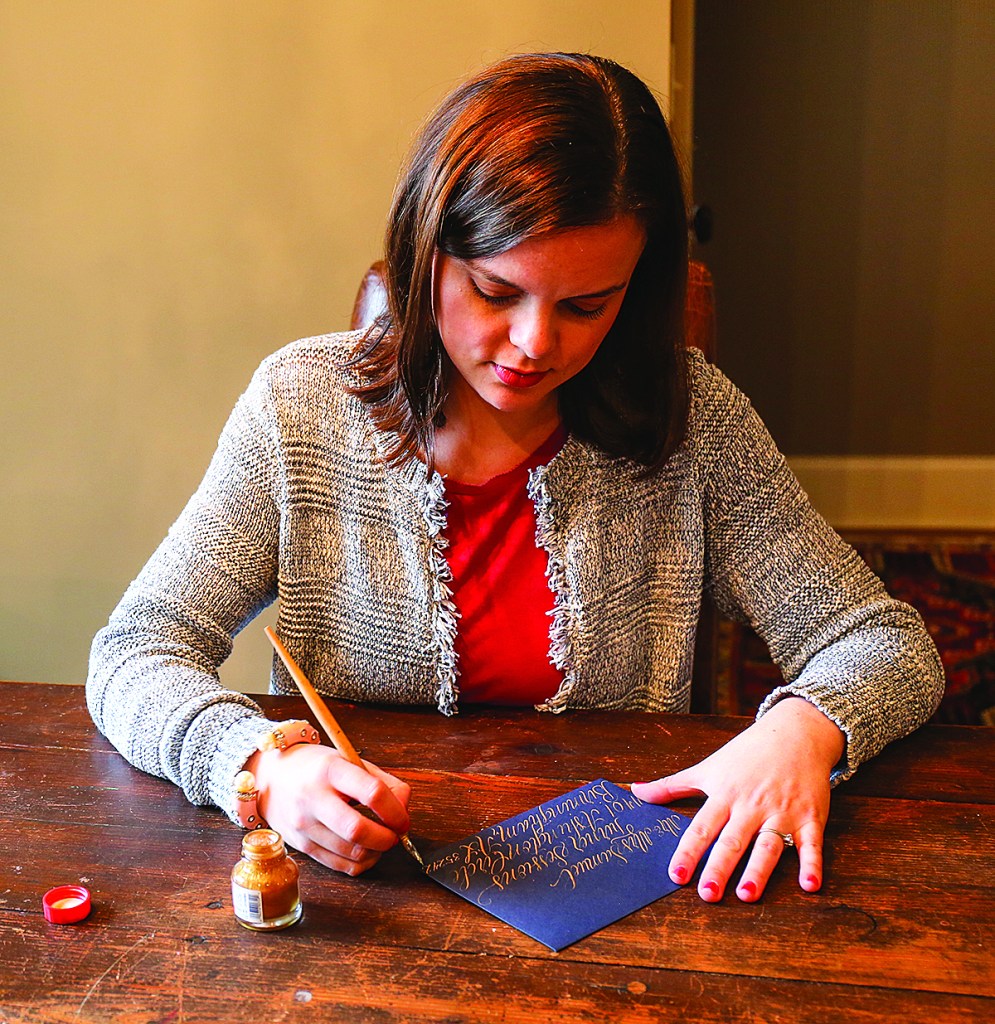 Beth Hunt runs a calligraphy business in Oxford and balances home and work daily while working both out of an office overlooking the Square and from home.

In a world where technology is advancing and electronic entities are constantly at our fingertips, many arts and practices are becoming extinct.

The modern definition of “writing” has more to do with the construction of words rather than physically drawing letters with pen and paper. Many typefaces can now mimic cursive scripts and hand-lettering.

Is the art of it really lost? Or does it make the act of putting pen to paper that much more special and personable?

Her office, which overlooks the historic Oxford Square, has a traditional charm with a feminine twist. Two walls of exposed brick connect with two more walls of soft lavender paint, one of Hunt’s favorite colors, and a staple used throughout her branding. Her dark wooden desk contrasts with a cheetah print chair, framed with ornate wood painted in gold.

It all flows. It all matches. It’s all very “Beth.”

Her logo reads “Beth Hunt Calligraphy” hand-lettered by Beth, herself, in a hot pink with a crown on top.

It’s a total combination of class and sass, which is portrayed throughout her business with the combinations of modern and traditional calligraphy.

Within the past couple of years, she has started teaching calligraphy classes. They include Intro to Calligraphy, Continuing Calligraphy, Calligraparties and cursive classes, which are no longer offered in many schools.

“A few of my friends and I took the Intro to Calligraphy class a few months ago from Beth,” said Morgan Teller, a senior journalism student at the University of Mississippi. “It was such a bonding experience, and Beth made it a lot of fun for us all.”

Hunt has addressed hundreds of thousands of envelopes for clients across the country, including a few invitations to President Barack Obama, the queen of England, and Emeril Lagasse; an honor which Hunt modestly refers to as “pretty cool.”

A lot of Hunt’s business comes through online traction, such as various social media platforms.

“You have to create a voice that is identifiable to your brand and is a reflection of yourself,” Hunt said. “I try to make mine kind of playful and sassy, because that’s how I kind of am.”

Also situated inside Hunt’s office is a small desk in the corner, covered with envelopes, sketches and marketing collateral. This is where her right-hand intern, Allie Strange, sits.

“One of the biggest ways BHC has opened my eyes is learning that work is not always work,” said Strange, who is a senior hospitality management student at the University of Mississippi. “Loving what you do makes every day more fun when you are excited about doing what you love. Beth taught me that.”

Work and love have gone hand in hand in many other ways at Beth Hunt Calligraphy. Hunt said one of her favorite pieces of work was a love letter commissioned by a husband for his wife for their 50th wedding anniversary. Since this is the “golden anniversary,” Hunt wrote the letter in gold ink.

“The man still keeps up with me and my work, which is so special,” Hunt said. “He reached out to me after to thank me and told me that his wife cried when he read it to her. I actually met her for the first time a few weeks ago, and the hug that she gave me left me with an indescribable feeling.”

But the creativity doesn’t stop there. When Hunt is at home, she spends her time with husband, Will, and two children, William, 4, and Annabelle, 2.

The home has a light gray exterior and dark blue shutters. Inside, the house has a traditional French design and an upscale, chic feeling. Hunt’s taste is exemplified throughout, as a paralleled continuation of her office.

Aside from the occasional toy or child-size Ole Miss football helmet on the ground, it all flows. It all matches. It’s all very “Beth.”

A long wooden dining table with a glamorous chandelier hanging overhead is where Hunt works on her calligraphy and designs when she is at home. A lot of times, one or both of her children will sit in a chair next to her, mimicking her movements with their own piece of paper and a pen or crayon.

Her two children have already shown similar interests in creative paths, including a bunch of family crafts, coloring and drawing.

“William drew on the walls in our house not long ago, and I left it up there for a few weeks because I didn’t want to discourage him from being creative,” she said. “I think a lot of people thought I was crazy.”

With in-laws residing in Oxford and parents and brothers that frequently visit, the Hunt household is rarely quiet. The home is constantly radiating with love and laughter, and occasionally her father-in-law’s famous macarons.

“The way she takes care of her kids and loves them both unconditionally is something I really admire,” said Strange, who has also worked with Beth a lot at her home. “Anyone can see that she would do anything and everything to make them happy. They come first.” 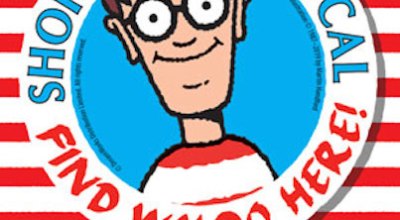