‘Larry the Barber’ not ready to hang up his scissors 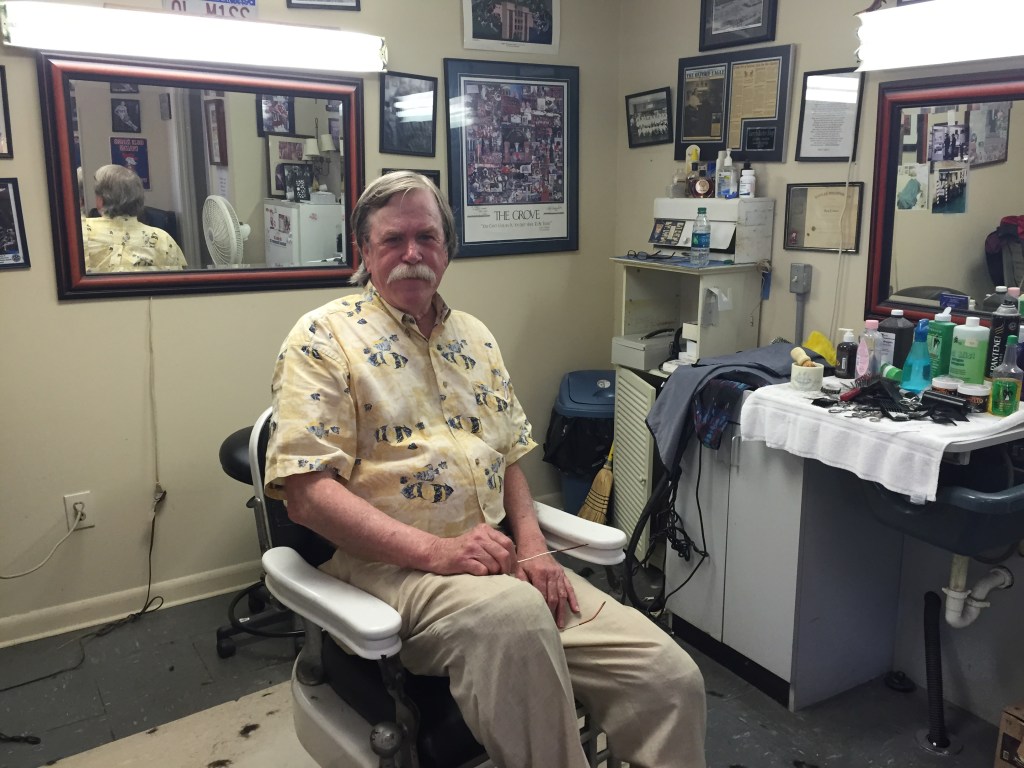 Larry Tedford, who has been cutting hair in Oxford for 30 years, is moving his barbershop to a new location.

Folks have been coming to Larry’s Barber Shop on Jefferson Avenue to get a haircut for nearly 14 years. It’s a unique place to come visit, sit and chat while you wait your turn and catch up on the latest local news and Ole Miss sports.

But starting this week, Larry Tedford will be giving a shave and hair cut at a new location on University Avenue behind Pizza Hut.

The grand re-opening is set for Tuesday at 2 p.m.

Tedford said the new location will have the same charm as the current location, only better, with plenty of parking.

Tedford, who has been cutting hair for 50 years — the last 30 in Oxford — thought about retiring after facing some health issues. In fact, a retirement party was scheduled for Monday. Tedford and his family thought he may have cancer, but medical tests revealed this past week he does not have the dreaded disease so he decided he would continue doing the job he loves, just in a new location.

“Everything is good. I had a bad bout with kidney stones and I think the doctor looked at the scars from the stones and thought I had cancer,” Tedford said. “But I’m back at a hundred percent.”

While he may own a barbershop, Tedford considers himself a hair stylist. He learned the trade after dropping out of high school in Clarksdale. A couple run-ins with the principal of the school led to his decision but it was his mother who told him to find a trade that steered him to become a barber.

“My mother told me to get myself a trade because she felt like my school was over with,” Tedford said. “I went to barber college and became a barber 1965.”

His newfound career got off to a rocky start.

“I got fired after a couple weeks from my first job because I couldn’t cut a flat-top,” Tedford said. “That’s when I learned how to style and cut hair. I became a better hair stylist than barber.”

It likely saved his career. Tedford explained that men began to wear their hair longer in the mid-60s and many barbers who strictly did flat-tops closed up shop.

“When I first started cutting hair, the flat-top was popular and about a year later the long hair started coming out because of The Beatles,” Tedford said. “Older barbers didn’t cut long hair and a lot of barbers went out of business.”

What’s his favorite hairstyle over the last 50 years?

“The shag back in the ’80s,” Tedford said. “It looked something like a mullet that was short on top and long in the back.”

Tedford spent 10 years cutting and styling hair in Memphis and once was the personal barber of rock-and-roll legend Jerry Lee Lewis. He moved to Oxford in 1985 and worked at several different shops before opening his own barbershop in 1994.

“I’ve been fortunate to meet some pretty powerful people,” Tedford said. “I enjoy meeting people. But you really never know who may walk into my barber shop.”