Chargers head back to state finals 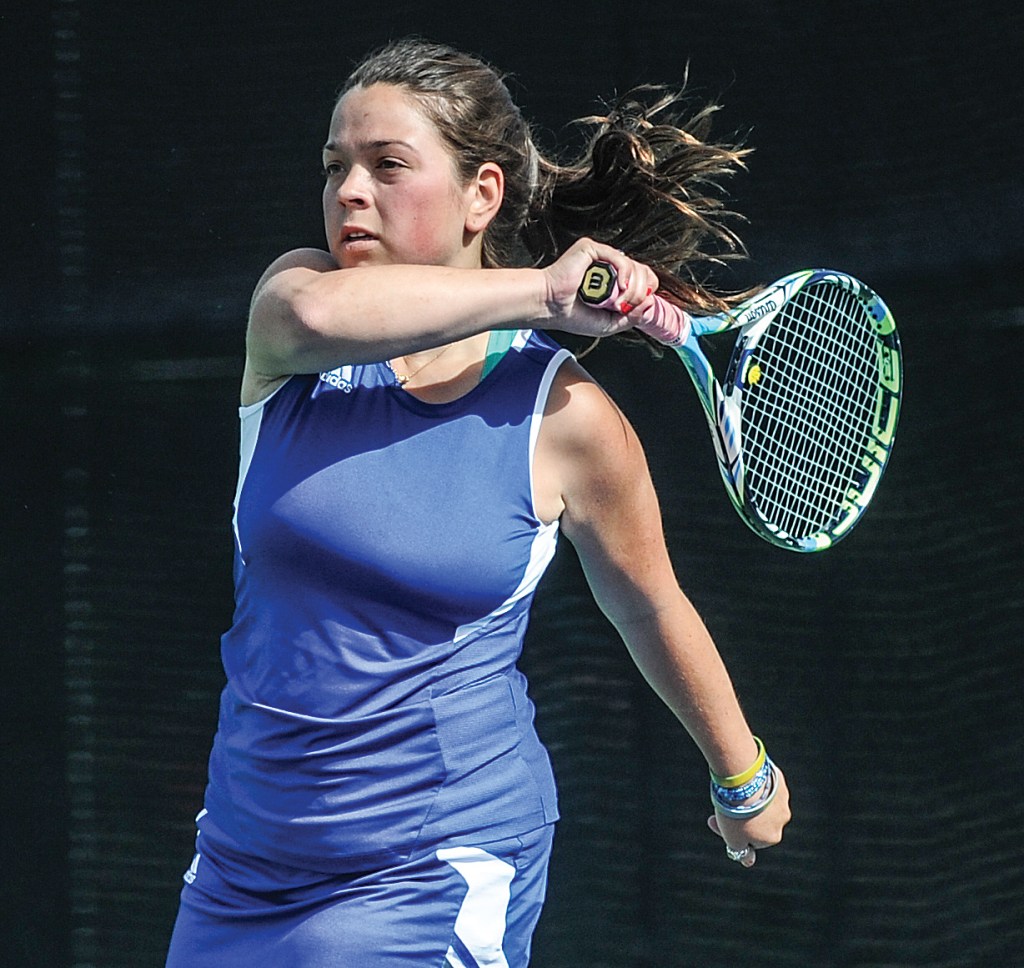 Oxford’s McClellan Davis returns a shot against Grenada during the MHSAA Class 5A North Half match at the John Leslie Tennis Courts in Oxford on Tuesday. The Chargers won 7-0 and will play for a ninth straight state championship next week. (Bruce Newman)

The Oxford High tennis team will play for another state championship after making easy work of another opponent for its latest title.

The Chargers coasted to a 7-0 win over Grenada on Senior Day Tuesday at the John Leslie Tennis Courts to capture the Class 5A North Half championship. Oxford (15-0, 19-4 in all formats) will look to win its ninth consecutive state title against Stone County, the Chargers’ state finals opponent for the sixth straight year, Monday at the Parham Bridges Tennis Center in Jackson.

“In some spots, we were OK,” Oxford coach Louis Nash said. “We’re kind of hard on them as far as what we think is really good. I think we played really good in some matches. … Overall I thought we seemed a little distracted with everything going on.”

The Chargers mixed up their lineup against Grenada with injuries lingering with some players, but it hardly mattered.

Grace Anne Jones took the point at girls singles with a 6-0, 6-0 win over Sidney Cox while Max Mauney claimed the boys singles point with a 6-3, 6-2 win over Rylee Artman. The teams of Sarah Nash and McClellan Davis and Olivia Williams and Anne Hardy took both girls doubles points for Oxford, each notching a 6-1, 6-1 victory.

In No. 1 boys doubles, Will Swindoll and Gus Morgan won in straight sets, 6-0, 6-0, over Josh Savage and Josh Maughan. Ryan Mounce and Gordon Whitwell had to work a little harder against Jon Guilambo and Peyton Porter for the No. 2 point, claiming a 6-4, 6-2 win. Bo Nash and Abbie Vaughn earned the point in mixed doubles with a 6-1, 6-1 win against Calie Bowen and Trent Walls.

“It’s been kind of hard with Callan (Shinall) hurt and having him out. Sarah’s been hurt and McClellan,” Nash said. “It’s been a strange year as far as people getting hurt, but this group has hung in there, they’ve gotten along and they’ve gotten better. We always hope we’ve got one more match in us.”