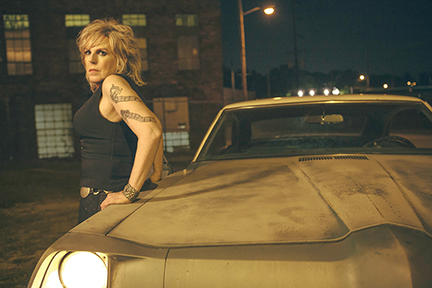 Submitted Lucinda Williams will perform Friday at 8 p.m. at The Lyric Oxford.

Three-time Grammy Award winner Lucinda Williams will perform at The Lyric Oxford on Friday at 8 p.m. in support of her highly-acclaimed new album “The Ghosts of Highway 20.”

Press reactions to the album have been fantastic with Pitchfork lauding the record as one that is, “…among the best works of her career…” and The New York Times highlighting her voice as “…rougher and more compelling than ever.” Featured on “The Late Show With Stephen Colbert,” Rolling Stone and PBS Newshour, Williams opened up about the new album, which explores how Interstate 20 has been a literal and figurative backdrop throughout her entire life.

Recorded in the middle of arguably the most prolific period of her nearly four-decade career, “The Ghosts of Highway 20” is unlike any other Williams’ album. The narratives revolve around the 1,500-mile Highway 20 (aka Interstate 20) that runs in part from Georgia to Texas.

“The Ghosts of Highway 20” features some of the most expansive and experimental arrangements Williams has ever recorded. Revered guitarists Bill Frisell and Greg Leisz provide incredible sonic textures and ethereal tones that enhance her brilliant writing and wise and weathered vocals on the new 14-song collection.

Co-produced by Williams, Leisz and Tom Overby, “The Ghosts Of Highway 20” was recorded with Williams’ ace band Buick 6, who was recently named Best Backing Band of 2015 by Garden & Gun. Williams’ live performances are filled with passion and intimacy as she connects with her audiences on a very personal level allowing insight into the soul of her artistry.