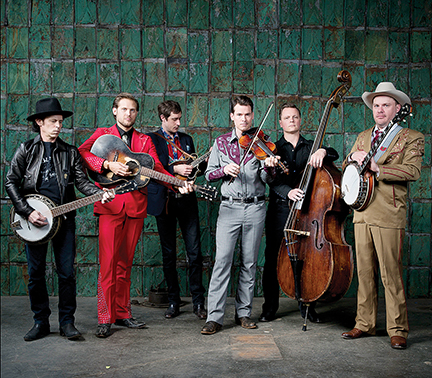 Old Crow Medicine Show brings its country music to The Lyric Oxford for a show tonight.

Old Crow Medicine Show is touring in support of their Grammy award-winning album “Remedy” on ATO Records. Remedy’s release marked the band’s highest debut on the Billboard Top 200 (No. 15) in the band’s 16-year career and was unanimously embraced by the press, including coverage from outlets including NPR, Rolling Stone, Garden & Gun, Wall Street Journal, USA Today, Esquire, Huffington Post, Onion AV Club and many more.

Old Crow Medicine Show’s story is truly one of building a career from the ground up. While busking in the North Carolina town of Boone, they were discovered by folk icon Doc Watson. Since then the band has toured the world, received mass critical praise and sold more than  800,000 albums. The band’s single “Wagon Wheel” received the RIAA’s platinum certification for selling more than 1 million copies, and in 2013 they were asked to become members of The Grand Ole Opry.

With fans ranging from hipsters to college students to music purists young and old, Old Crow Medicine Show have remained an unwavering force in roots music. Now being recognized as the torch-bearers of traditional old-time string music, or country music as they like to refer to it, they proudly and successfully are doing their part to celebrate the integrity of the genre in the modern era.