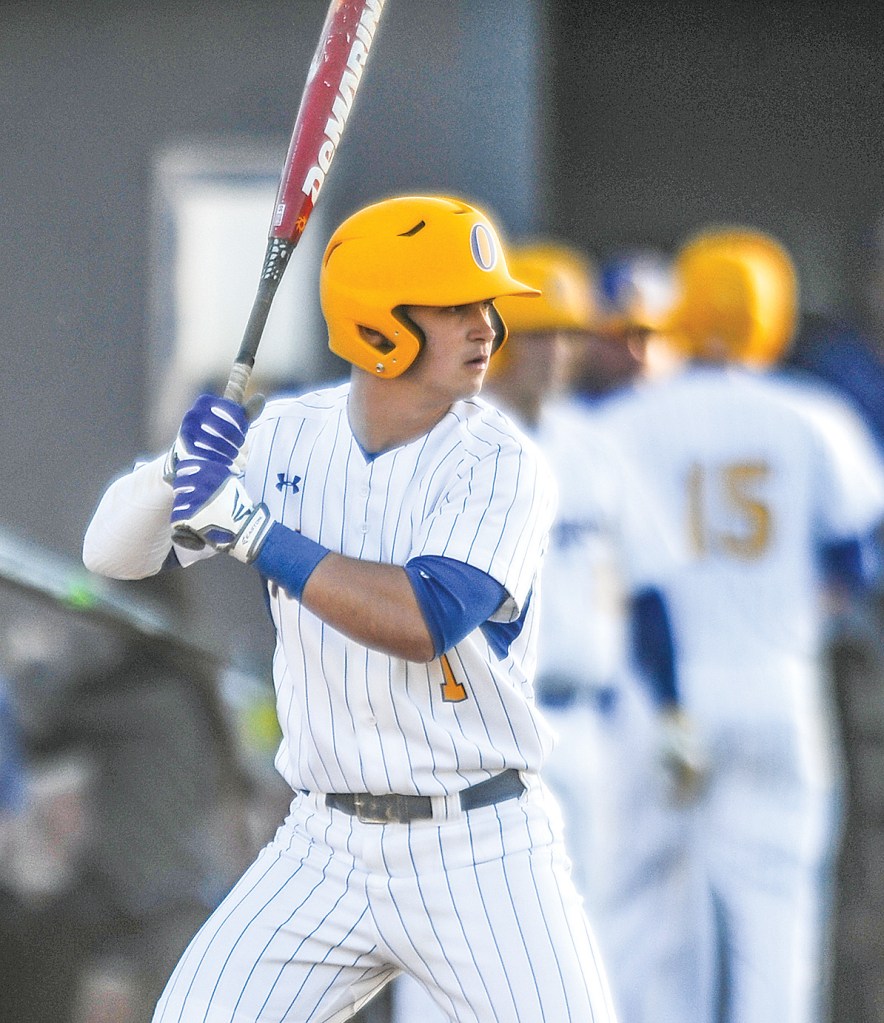 Like his father, Oxford’s Drew Bianco plans to play his college baseball at LSU. (Bruce Newman)

Drew Bianco is following in his father’s footsteps.

Bianco, Oxford’s sophomore middle infielder, verbally committed to LSU on Tuesday and made his decision public Wednesday with a post to his Twitter account. The third of four sons to Ole Miss coach Mike Bianco and his wife, Cami, the younger Bianco made the decision following a recent visit to LSU during which the Tigers’ staff offered him an early spot in their 2018 recruiting class.

“I’ve always wanted to go to LSU,” Drew said in a phone interview. “Growing up as a kid, every kid wants to be like their father. That’s where my dad went, and me and my brothers have always thought about wanting to go to LSU. When I got that opportunity, it was kind of hard to turn down that school.”

Should Drew follow through on his commitment and eventually sign with the Tigers, he’ll wear the same uniform his father did nearly three decades earlier. Mike is a 1989 graduate of LSU, catching two seasons for former LSU coach Skip Bertman. He also won three national championships as an assistant on Bertman’s staff from 1993-97 before moving on to McNeese State and eventually being hired at Ole Miss in 2000.

Ole Miss wasn’t an option for Drew, whose parents made the decision that if any of their sons got a chance to play college baseball, it wouldn’t be for their father’s team. Michael, the oldest of the Bianco boys, played at Delgado Community College. Ben is a junior infielder for the Chargers while Sam is the youngest.

“Growing up, we’ve all known that we weren’t going to play for my dad. He told us that,” Drew said. “None of us really want to go to Ole Miss. We love Ole Miss, and Ole Miss is my home. I will always love Ole Miss and everything about Ole Miss baseball, but I just want to go off and do my own thing. My brothers are like that, too. We love just being ourselves, and we couldn’t do that at Ole Miss. My dad knew that, and so did my mom.”

Though he’s only midway through his high school career, Drew said his decision is final.

“I wouldn’t have made this decision if I didn’t know for sure,” Drew said. “I’m not going to back out on my word. I’m definitely going there after these two years.”

Ranked as one of the top players nationally in his class, Drew was a preseason underclassmen All-American honorable mention by Perfect Game. The Chargers’ everyday second baseman, he is hitting .282 with eight doubles, six home runs and 19 RBIs.