GETTING AHEAD: Barber, Chargers top Ridgeland for series lead 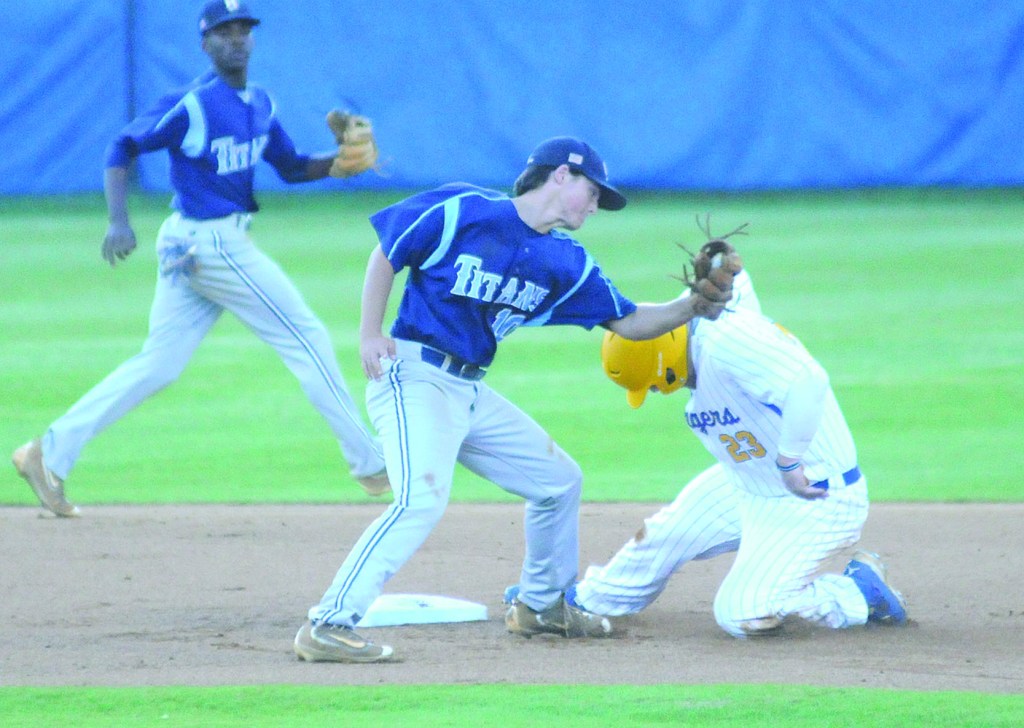 Thanks to Mother Nature earlier in the week, the Oxford High baseball team is going through a stretch of four games in four days.

The Chargers defeated the Ridgeland Titans, 5-1, in the opening game of their quarterfinal series of the MHSAA Class 5A playoffs on Thursday night at Edwin Moak Field. Oxford (23-8) will go for the series sweep and look to advance to the North Half championship series in Game 2 tonight at Ridgeland High School.

“I asked them (Wednesday night) if they wanted to take tonight off and play Friday, Saturday and Monday and they said, ‘No, let’s play,’” Oxford coach Chris Baughman said. “This bunch is a veteran bunch and I trust them.”

It was a pitcher’s duel with both teams sending their aces to the mound. Jason Barber got the start for the Chargers while J.P. Elkins toed the rubber for Ridgeland (15-13).

The Titans struck first with a run in the top of the first for the quick 1-0 lead. Barber tossed 20 pitches the opening frame but settled in after that, sitting down 16 of the last 18 batters he faced. The right-hander worked through a tight hamstring and gave up only two hits, one in the first and one in the seventh, while striking out 10 and issuing only one free pass in the complete-game effort.

“(Ridgeland) really got nothing all night. The same kid got the two hits, but Jason was great,” Baughman said. “That was the reason I didn’t want to (back up the series). He was already rested up and hasn’t thrown since last Thursday. Someone is going to have to step up (tonight) and pitch well on the road.”

Elkins held the Chargers scoreless through the first two innings, but Oxford was able to break through with a three-run third inning. Shortstop Grae Kessinger hit an RBI double to plate left fielder Sage Mullins to knot the game at a run apiece. Second baseman Drew Bianco hit a single to score first baseman Duncan Graeber then an error by Ridgeland third baseman Ryan Wilkes allowed Kessinger to score from third for the 3-1 lead.

Oxford added two more runs in the fifth inning, including an RBI single from Barber to help his own cause.

“The past two nights, I thought we were really good at the plate,” Baughman said. “Especially tonight after the first two innings. The top of the order was really good.”
First pitch of tonight’s game is set for 7.