Chargers ease into North Half finals 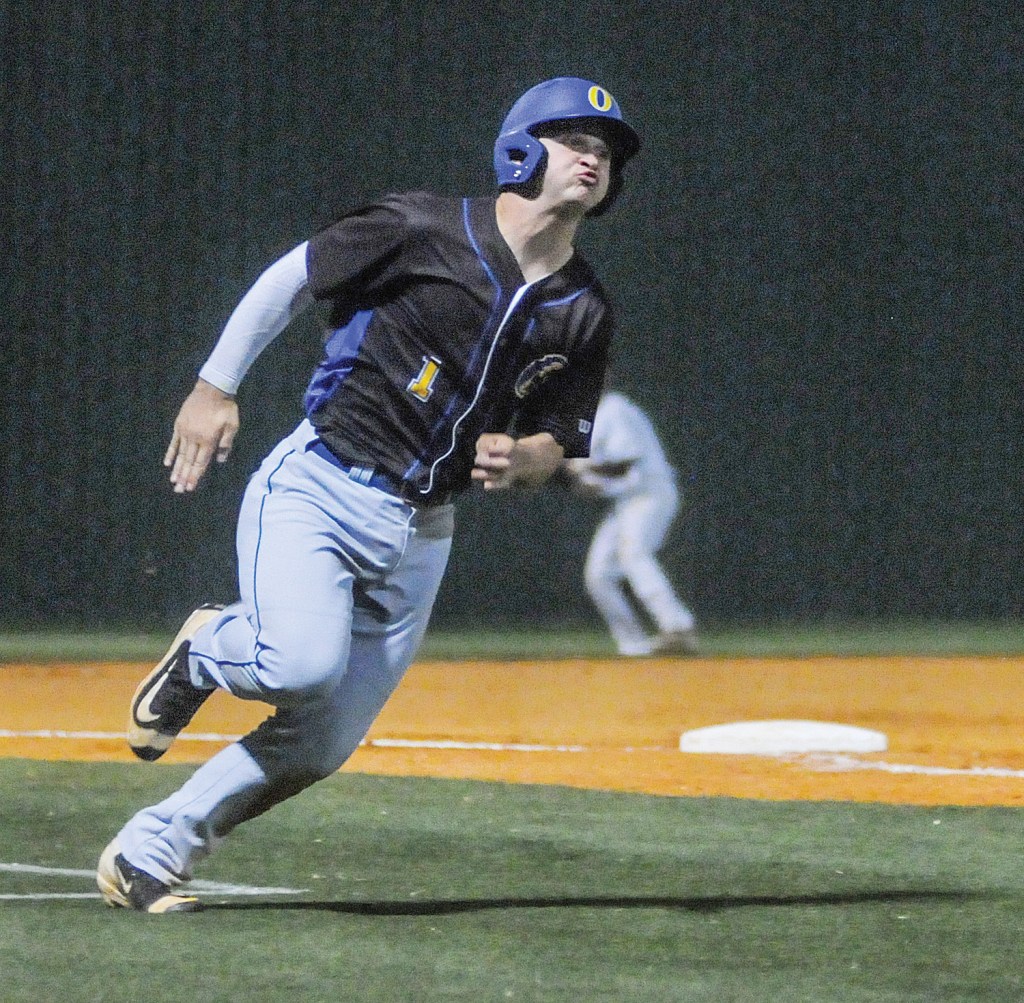 Oxford’s Drew Bianco scores during an MHSAA Class 5A quarterfinal game against Ridgeland on Friday at Titan Park in Ridgeland. The Chargers won 14-1 to advance to their third straight North Half championship series. (Davis Potter)

RIDGELAND — Chris Baughman felt like he was coaching a professional baseball team last week rather than a bunch of teenagers.

Yet Oxford’s demanding schedule didn’t slow the Chargers down in their quest for another high school state title.

Oxford coasted past Ridgeland 14-1 in six innings in the MHSAA Class 5A quarterfinals Friday at Titan Park, finishing a sweep of the Titans to advance to the North Half finals for the third straight season. The Chargers (24-8) will face Grenada in the best-of-three series starting Thursday in Oxford looking for another trip to Pearl to defend their state championship.

“We played a minor league schedule this week,” Oxford’s coach said afterward. “We played every night, and they brought it every night. I couldn’t be prouder of them for doing that.”

Oxford hardly looked like a team playing its fourth game in as many days after inclement weather pushed back its previous series against Center Hill, which ended 24 hours before the Chargers took a 1-0 series lead against Ridgeland (15-14) on Thursday with a 5-1 win in Oxford. The Chargers pushed across a run in the first and second innings with the help of two Ridgeland errors and had a 9-0 lead after four at-bats.

Oxford’s Reed Markle commanded things from there to get the win, striking out nine with the only two hits he allowed coming in the bottom of the fourth to produce the Titans’ lone run on Ryan Wilkes’ RBI single. It was just Markle’s fourth start of the season but one Baughman said the junior right-hander earned with his top two arms, Jason Barber and Houston Roth, unavailable after throwing the previous two days.

“We said that if we can just get to Friday, Reed will throw no matter what,” Baughman said. “The kids responded at the plate both nights and gave him a big lead, and he was able to relax on the mound. Just pitched his butt off.

“He did a wonderful job tonight. Couldn’t have asked for any more out of him.” 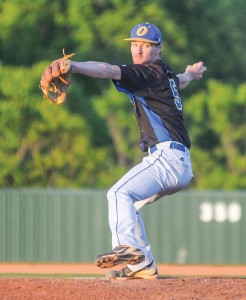 Junior Reed Markle hurled a two-hitter while striking out nine Friday in his fourth start of the season for Oxford. (Davis Potter)

Markle, who lowered his season earned run average to 1.75 in 32 innings, retired five of the last six batters he faced to finish the third straight complete game by a Charger pitcher. Ridgeland’s Jeremy Powell was pegged with the loss after allowing eight runs on four hits while walking four in just 3 1/3 innings.

Oxford, which used five straight hits to score four of its five runs in the sixth, finished with 11 hits against three Ridgeland pitchers and scored three unearned runs thanks to five Titan errors. Drew Bianco and Jason Barber each went 2-for-3 with a double and combined for three RBIs. Thomas Dillard and Tag Gatlin knocked in two runs apiece as eight different Chargers drove in at least one.