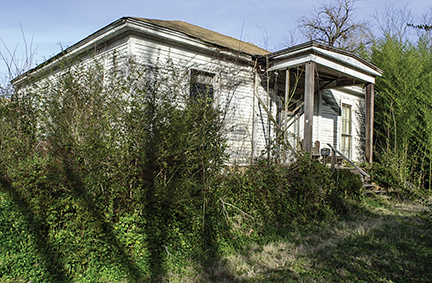 OLCHF was funded in 1996 by a handful of native Oxford residents who were spurred to action by inappropriate growth in the older parts of Oxford.

Early on, the OLCHF encouraged the city of Oxford to create the Historic Preservation Commission and also the University Of Mississippi to restore the Oxford-University Depot.

The first efforts of the OLCHF placed several historical markers in and around Oxford. Soon attention turned to restoring the L.Q.C. Lamar Home, completed in 2008, and the historical Burns Church building on Jackson Avenue, which was completed in 2013.

The Foundation will hold its annual meeting and membership drive at the Burns Belfry on Monday at 5:30 p.m. All current and past members, along with any citizens of Oxford and Lafayette County who has an interest in the historic environment, are invited to join the board of directors at the annual meeting. At that time you can join the Foundation by paying your dues for 2016.

The meeting guest speaker will be Robert Saarnio, director of the University of Mississippi Museum and Historic Houses. Additionally, Richie Burnette, OLCHF president, will give an update on the Historic Map Project.

An update will be given of the remaining phases in the completion of the Burns Church African-American Core Collection, which will display more of the experience in Oxford and Lafayette County of these citizens.

The information collected will be photographs, letters, news articles, and almost anything of a historical nature. Eventually, it is anticipated that this information, along with the Map Overlay Project, will be available inside the Burns Belfry Museum or accessed from your home computer.

Come and renew your membership or join the Oxford Lafayette County Heritage Foundation and our effort to preserve the heritage of “our little postage stamp of native soil.”