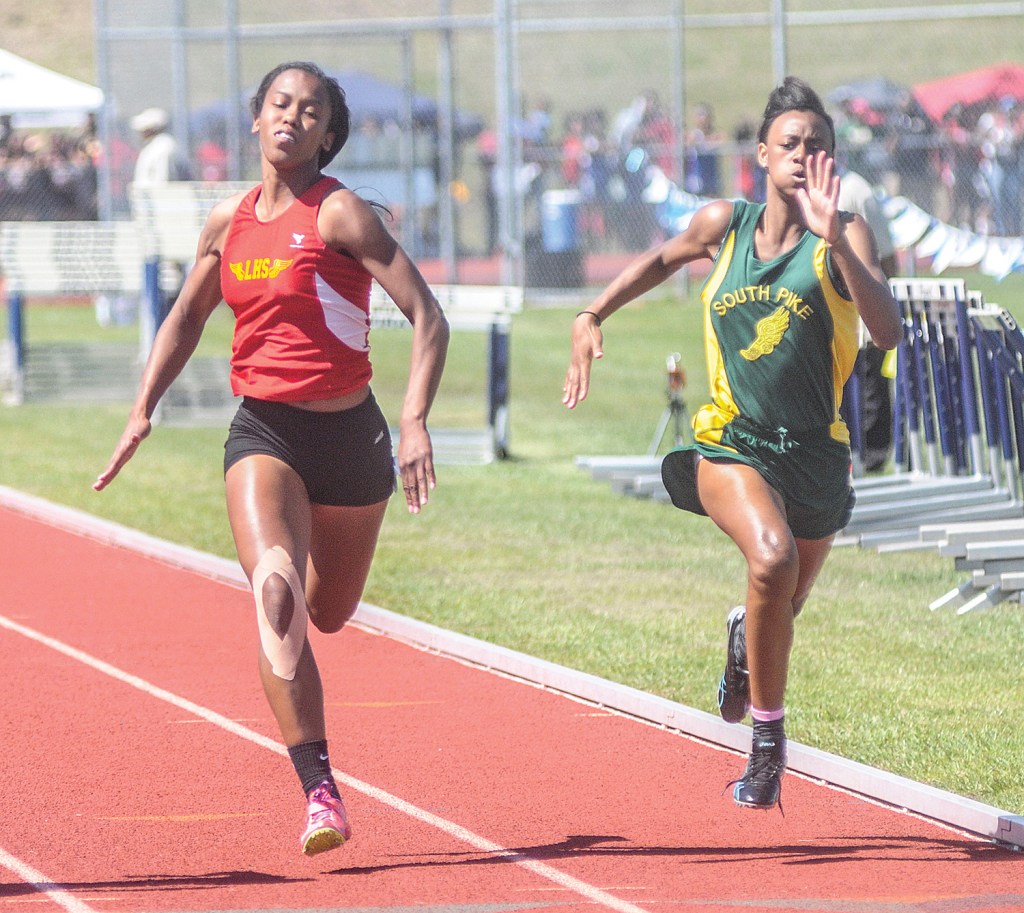 Lafayette’s Orianna Shaw, left, runs in the 100-meter dash during the MHSAA Class 4A track championships Friday at the Woody Barnett Track & Field Complex in Pearl. Shaw ran in three events, claiming the state title in the 400 meters with a time of 57.03 seconds. (Jake Thompson)

PEARL — Lafayette was not in contention for the team title, but the Commodores managed to have solid individual results during the MHSAA Class 4A track and field meet Friday at the Woody Barnett Track & Field Complex on the campus of Pearl High School.

The Commodores brought four individual qualifiers and one relay team and left with a state champion, top-3 finishes and some personal bests once the day was completed. The girls’ team finished sixth with 37 points.

“We did well,” Lafayette coach Ben Mikell said. “For what we had, our quality was really, really good. We’re pretty happy overall.”

Orianna Shaw claimed a second straight individual state championship in the 400-meter dash with a first-place time of 57.03 seconds, nearly two seconds faster than her qualifying time. Shaw also took third in the 200-meter dash with a time of 25.71. Earlier in the day, she finished seventh in the 100-meter dash.

On the girls’ side, the 4×100 team of Tyshionna Benson, Aja Norphlet, Brianna Holland and Shaw claimed second place with a time of 1 minute, 47.86 seconds. 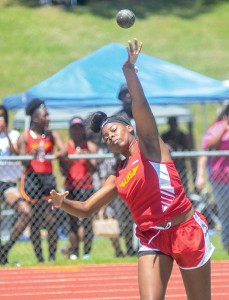 “Everybody’s results improved,” Mikell said. “Mariah was new to the event and she came up here and got fourth. Got up here and got a chance to see what the (state) meet is like, and I think she’s going to be pretty eager to get back next year.”

Burgess improved her jump by three feet and had help with her technique from another local prep and current collegiate standout.

“I had to focus harder on jumping higher instead of out,” Burgess said. “(Former Oxford and current Ole Miss women’s basketball player) Erika Sisk taught me how.”

There were six girls who represented Lafayette on Friday but only one Commodore competed on the boys’ side. Freshman Brandon Turnage got his first taste of the state meet, competing in two events.

His day did not get off to a great start as he was nursing a rolled ankle and finished tied for seventh in the high jump with an attempt of 5-8. He turned that around later in the afternoon, finishing runner-up in the 800-meter run. He had the best qualifying time of the eight runners with a time of 2:07.00 and improved on it by three seconds with a run of 2:04.38.

“It definitely means a lot because I’m a freshman and I’m going against older people that have more experience than me,” Turnage said of his second-place finish. “I was forced to run harder because there was more people with the same times around mine. … It gives me momentum because the next three years, I’ll be top 3.”

GETTING AHEAD: Barber, Chargers top Ridgeland for series lead