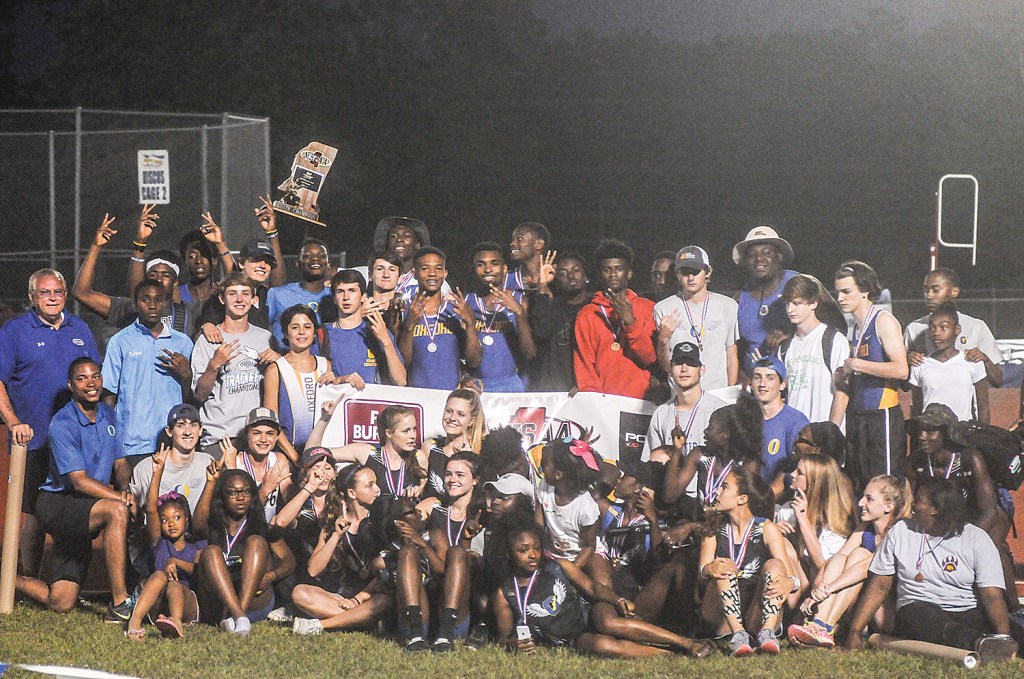 Oxford’s boys and girls track teams pose together with their championship trophies and banner Saturday night at the Woody Barnett Track & Field Complex in Pearl after sweeping the MHSAA Class 5A championships for the first time in school history. It was the third straight state title for the boys’ team while the girls won their first since 2012. (Photos by Jake Thompson)

PEARL — When the day began, one Oxford track team felt good about its chances for a state championship. Come nightfall, it was both teams who were celebrating in the winner’s circle.

The Chargers’ boys and girls track and field teams claimed the MHSAA Class 5A state titles in convincing fashion Saturday at the Woody Barnett Track & Field Complex on the campus of Pearl High School.

It was not even close, as the championships had been decided hours before the trophies were officially handed out.

“It’s a great feeling and something we’ve gotten close to these past couple years,” Oxford boys track coach Chris Bush said. “The boys have been first and the girls have been second, and it feels good to finally accomplish that. It’s a historical moment for Oxford High School track.”

The Chargers were the only teams in both 5A competitions to have their score reach triple digits.

The boys claimed eight of those 13 individual state titles with all of them coming in the track events. Jonathan Tyler swept the 3,200 and 1,600 meters with times of 10 minutes, 22 seconds and 4:47.00, respectively. 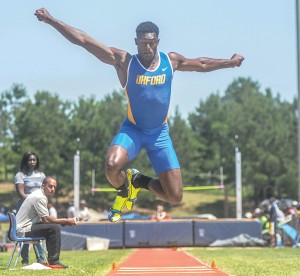 “We just told each other that we weren’t going to chase a record,” senior D.K. Metcalf said. “We were just going to start running and let the records come to us. … I just thank the coaches, and it’s a great way to cap off a high school career.”

Metcalf ended his high school athletic career Saturday and came away with two first-place results and two runner-ups. He started the day for Oxford in the triple jump and came away with second with a jump of 46 feet, 3 inches. Metcalf also finished second in the 110-meter hurdles with a time of 14.89.

The boys finished the day with five top-3 finishes and had 13 athletes place seventh or better.

Ending a three-year drought after finishing second and third in the past two state meets, respectively, the girls’ team ran away with its state title before the afternoon events had even began.

The Chargers used five first-place finishes to help pull away from the competition by lunchtime.

“We collaborate on both sides. I coach some boys and (Bush) coaches some girls,” Oxford girls coach Chris Patton said. “We’ve been working on this for a long time. It started back in the fall when we had the most kids wanting to come try out for track. From getting third two years ago to getting second last year and to be being like, ‘This isn’t going to happen again. We’re going to win this year.’ They bought in to what I was telling them.” 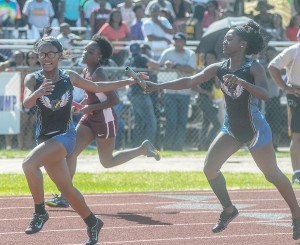 Oxford’s Jakiara Dunn and Kadijah Ramsey hand off the baton during the 4×200-meter relay Saturday. The Lady Chargers won the event.

Monya Baskin won the shot put with a toss of 35-4 while Shamequa Vaughn came in third. Charli Kendricks won the pole vault with a jump of 9-0. Arden Davis also had an attempt of 9 feet but lost out to her teammate due to less attempts missed. In the high jump, Kathleen Patton placed second with a jump of 5-0.