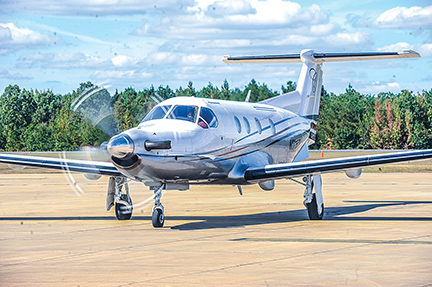 A plane prepares to take off at The Airport at Ole Miss, in Oxford, Miss. on Monday, October 5, 2015.

Thanks to a grant from the U.S. Department of Transportation, planning for the future will be easier for The Airport at Ole Miss.

The airport was awarded $76,816 for updates to the busy airport.

“These funds are being used for a new parking apron to increase our capacity,” said Mac McManus, airport manager. “This will be most helpful during special events such as football. We are also adding a new road from the new fire department to the apron, which will give them direct access to the airport.”

The grant is one of several that total $4.15 million from the Federal Aviation Administration that were given to 12 Mississippi airports.

“These grants make important investments in the safety and efficiency of Mississippi airports,” said Mississippi Sen. Thad Cochran. “I’m pleased that the Department of Transportation is making these funds available to ensure that these airports can continue to be transportation and economic development tools for Mississippi communities.”

“I am pleased that FAA is working to enhance and improve air travel in our state, aiding economic development in our communities,” he said Monday.

Last year, the airport received $4.2 million from the FAA for a new apron that is now under construction. OUX opened in 2005 with a cost of $1.2 million to construct the terminal, which has a passenger lobby, conference room, administrative space and a pilot lounge. Since it opened, the FAA has funded more than $17 million in improvements, including a 900-foot runway expansion project, a new access road, parallel taxiway and instrument landing system. The airport funds itself through its fuel sales.

The airport is one of the busiest general aviation airports in northern Mississippi. The academic, athletic and social events at the university and in the outlying Oxford area generate high volumes of aircraft traffic and subsequent automobile traffic on and around the airfield.

Last month, the Senate passed a new FAA reform bill, which includes provisions to expand the Airport Improvement Program. The bill was first approved by the Senate Commerce, Science, and Transportation Committee, of which Wicker serves as a senior member.

Cochran is chairman of the Senate Appropriations Committee, which in April approved a FY2017 appropriations bill that would fund the Airport Improvement Program at the authorized level.