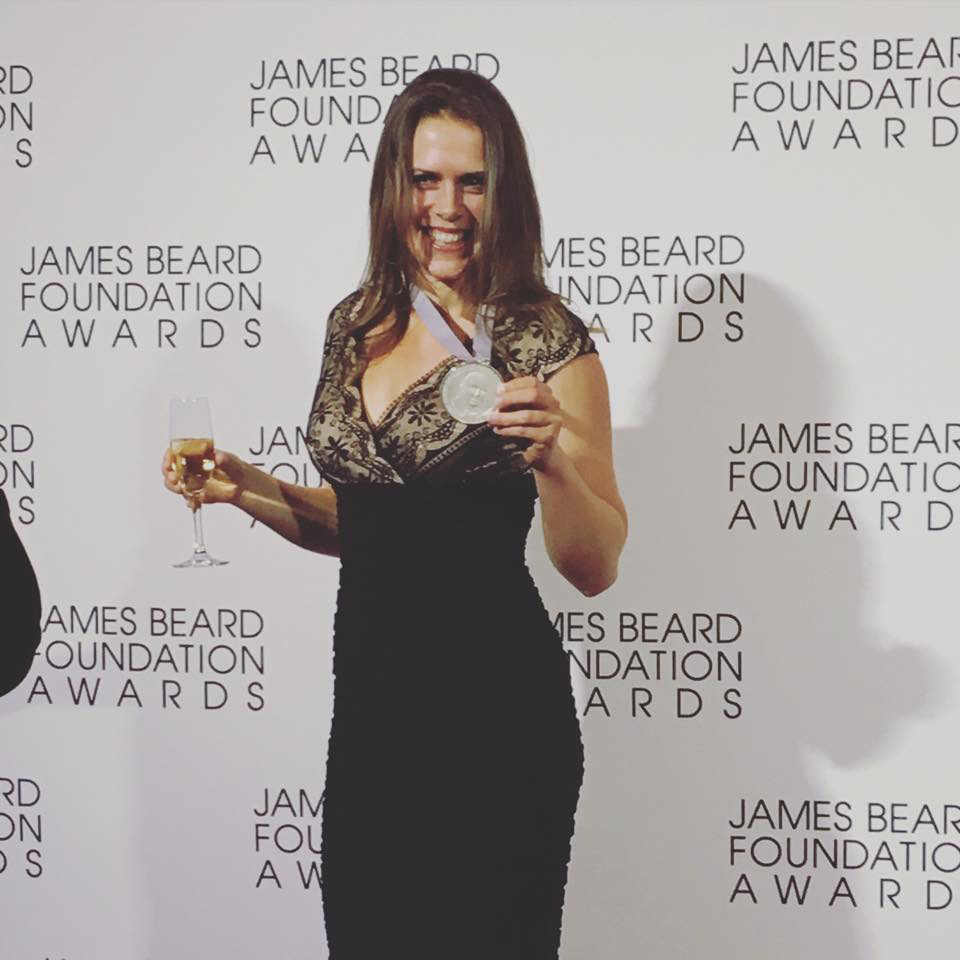 Tina Antolini hosts the podcast “Gravy” for the Southern Foodway Alliance, which recently won an award from the James Beard Foundation.

The James Beard Foundation has honored “Gravy,” a product of the Southern Foodways Alliance, an institute of the Center for the Study of Southern Culture at the University of Mississippi, as the nation’s best podcast.

In 2015, the foundation named Gravy, the SFA’s quarterly print journal and podcast, as its Publication of the Year. Gravy shares stories of the changing American South through the foods everyone eats.

SFA members receive the printed journal Gravy four times a year, while “Gravy,” a free 25-minute podcast, is available on the SFA website or through iTunes. Both serve up fresh, unexpected and thought-provoking stories of an American South that is constantly evolving, accommodating new immigrants, adopting new traditions and lovingly maintaining old ones.

It is an honor to win a James Beard Award for the second year in a row, said Sara Camp Arnold Milam, Gravy’s managing editor.

“Though our work is grounded in the U.S. South, we explore issues of universal relevance — including class, race, ethnicity, gender and labor — through the lens of food,” Milam said. “It is extremely gratifying to receive national recognition for Gravy.”

The SFA’s quest to dig into lesser-known corners of the region and give voice to those who grow, cook and serve daily meals couldn’t be bound by print. So, in 2014, SFA launched “Gravy” the podcast, produced and hosted by Tina Antolini, a graduate of the Salt Institute for Documentary Studies and a National Public Radio veteran.

Recent podcasts pondered the restaurant chain Cracker Barrel and Southern nostalgia. Another focused on the food world behind the scenes at Indian-owned motels.

“It is so gratifying to have these stories – and their subjects and the radio producers I’ve collaborated with – recognized,” Antolini said in her acceptance speech.

A member-supported nonprofit based at the UM Center for the Study of Southern Culture, the Southern Foodways Alliance documents, studies and explores the diverse food cultures of the changing American South.

For more information on the SFA and Gravy, go to http://www.southernfoodways.org/.