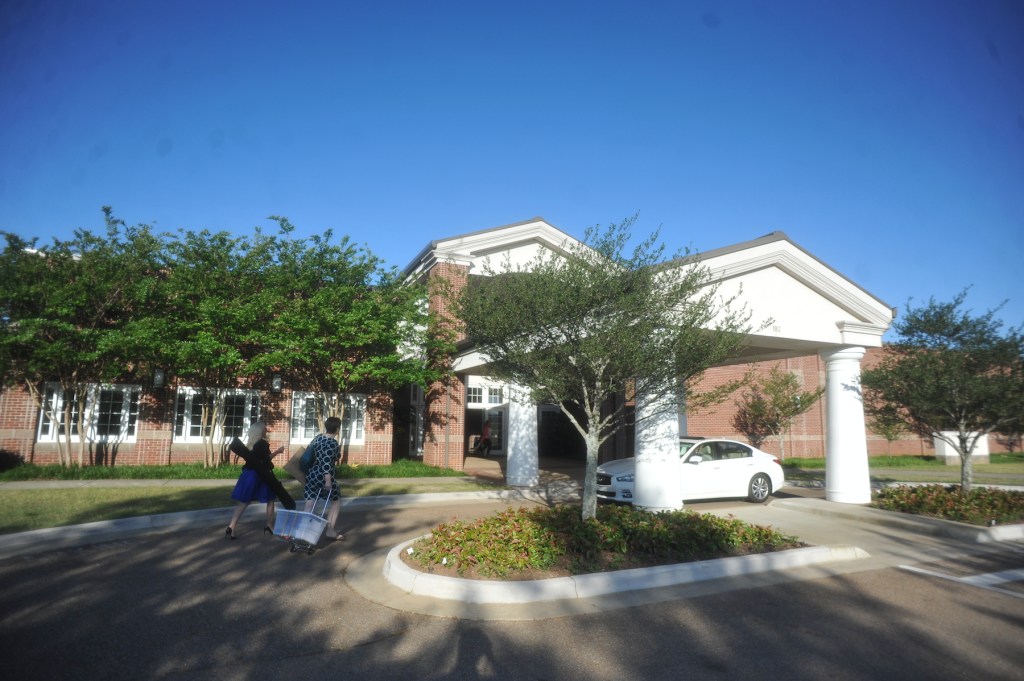 People enter the Oxford Conference Center, in Oxford, Miss. on Friday, May 13, 2016. The city is looking into the possibility of expanding the facility.

Less than three years ago, Oxford city leaders considered either closing the Oxford Conference Center or hiring a professional management company to take it over when it seemed the center was struggling to stay in the black.

Center director Hollis Green, backed by the Oxford community, asked aldermen to give him and his staff some time to turn things around.

Since then, the center has not only turned around, but it is also doing 360s in its parking lot and now Green said it’s time for the center to grow.

During a work session Thursday, Green said the conference center could be making more in revenue if it was larger.

“We can do significantly more business than we’re doing if we had more break-out space,” Green told the aldermen. “There are larger events we don’t target or try to go after because we can’t accommodate them.”

Green said there are slow times of the year when the center is empty, but most weeks it’s filled to capacity.

“You could go out there today and there’s no one there,” he said. “Last week we had every room full for seven days straight.”

Green presented a preliminary architectural drawing of a 19,000-square-foot addition that would be built onto the west side of the building where the outdoor porch area is located. He estimated the cost to be about $3.2 million.

We’re in pretty good shape right now if we do nothing,” he said. “But as the town grows, it’s up to you all if you want to make that commitment to offer more and grow with the community.”

For the last four years, the center has taken less money from the 2 percent food and beverage fund each year to cover expenses. This has led to the center now having $1.2 million in excess revenue in its bank account — enough, Green said, to cover a good chunk of the expansion and/or repayment of a bond to fund the project.

A couple of the aldermen expressed concerns that while the center was performing above and beyond expectations now, what would happen if the economy went into another recession like in 2008/2009?

“Sure, it would affect us, but we have several large events that are scheduled with us for the next few years,” Green said. “And the extra space would give us that many more options to book larger events.”

Mayor Pat Patterson told Green to bring a detailed plan to the table during budget hearings for Fiscal Year 2016-2017, which will begin in July, and thanks Green and his staff for a job well done.