Letter carriers to go above and beyond 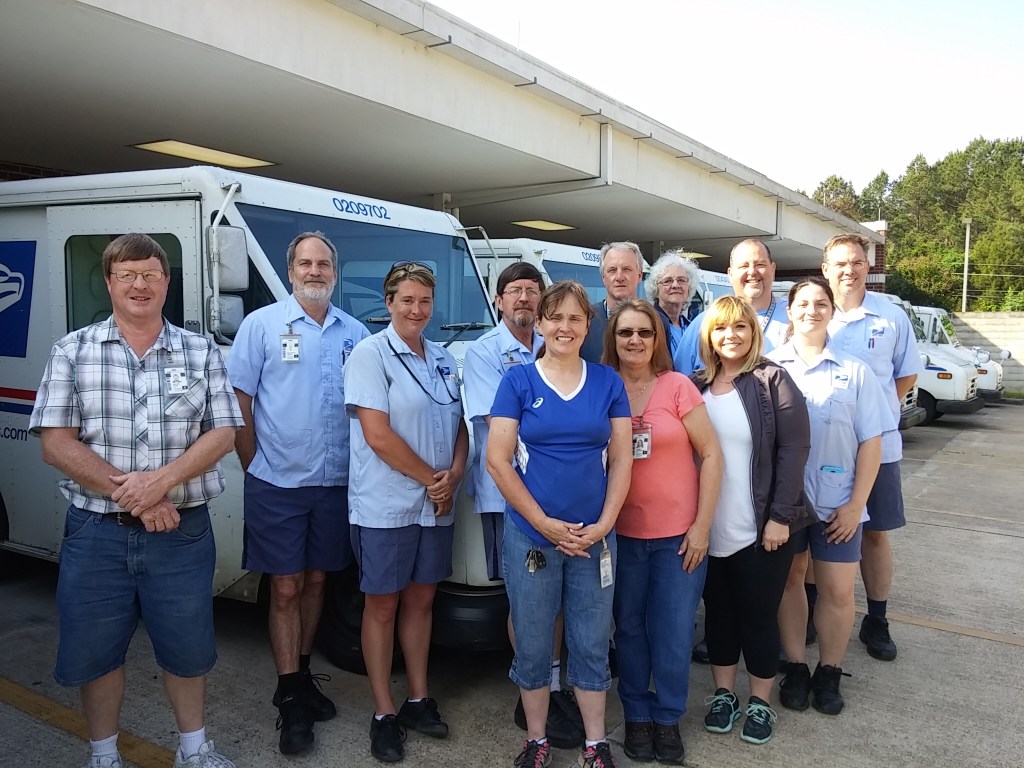 On Saturday, Oxford and Lafayette County’s letter carriers will spend extra time on the road with their vehicles stuffed to the brim with food.

The Letter Carrier ‘Stamp Out Hunger’ Food Drive is Saturday across the nation, and the Oxford branch of the United States Post Office will be participating thanks to the dozens of carriers for the city and county, as well as one special carrier.

Scott Perkins, a 19-year letter carrier, noticed that the branch hadn’t participated in several years, so he took the initiative to start it back several years ago.

“I remember the first year we did it, it was amazing,” he said. “We had no idea how much food we could collect. The first year we collected 4,800 pounds and each year it went up, except for last year. Last year we were at 6,800 pounds.

“When we had bags and a national sponsor, that was three years ago, and we had over 12,000 pounds. The university actually donated space to store the overflow.”

Perkins said while he rejuvenated interest in the program, it is a partnership with many entities in town. Among those involved are the National Association of Letter Carriers, the post office, the local United Way, Rural Letter Carriers Association, The Pantry and Larson’s Big Star.

“It’s really a group effort,” he said, from carriers picking up nonperishable food from mailboxes all day to people volunteering to weigh all day.

“We may spend an extra hour a day stopping, picking up food and putting it in the back of our trucks. If anybody gets overburdened, a supervisor will go and pick it up, or we can loop through and start dropping off at The Pantry,” he said.

Perkins said the food bank counts on the drive every year and its volunteers are eagerly awaiting deliveries of food. Across the nation food pantries count on the food also, but what’s special about the drive is all food collected stays local.

“I did this simply because it was the right thing to do,” he said. “We’re so entwined with the community. There’s nowhere we don’t go and see in a day’s time. We’re the perfect group to give back to the community we’re so involved in. That’s really the focus of it. We passed the billion-pound mark nationally, but everything in Lafayette County goes to Lafayette County. Everybody that gives something is helping someone local.”

On Saturday, residents are encouraged to leave a sturdy bag containing nonperishable foods such as canned soup, canned vegetables, canned meats, pasta, peanut butter, rice or cereal next to their mailbox. As the letter carriers deliver mail, they will collect the food.