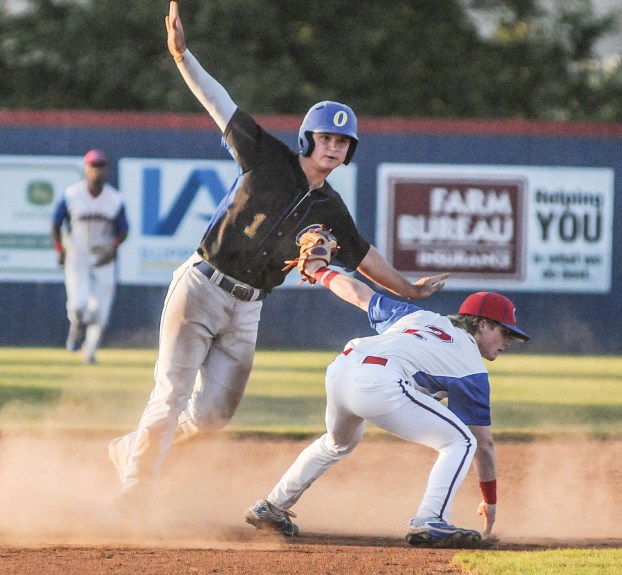 Oxford’s Drew Bianco slides into second ahead of the tag of Grenada’s Logan Pitcock during an MHSAA Class 5A North Half playoff game Friday in Grenada. Oxford advanced to the state championship series for the second straight season with a 6-3 win. (Davis Potter)

Chargers head back to 5A title series

GRENADA — Oxford has its chance to repeat.

Behind another strong outing from Houston Roth and some help from the bottom of the lineup, Oxford finished a sweep of Grenada on Friday with a 6-3 win at Charger Field to capture its second straight MHSAA Class 5A North Half championship and clinch its spot in the state championship series. Oxford (26-8) will try to defend last year’s title against Hattiesburg, which knocked off Pearl River Central in South Half, in a best-of-three series beginning Tuesday ay 7 p.m. at Trustmark Park in Pearl.

“I’m just proud we have the opportunity to go back and do it again, or try to do it again,” Oxford coach Chris Baughman said. “We hope we play our best down there and see what happens.”

Roth, an Ole Miss signee, turned in his second complete game in as many starts to improve to 9-0 despite struggling with his command at times. The senior right-hander got more support from an offense that was bottled up 48 hours earlier.

After mustering just three hits in Wednesday’s 2-1 win in extras against Grenada ace Caleb Morgan, Oxford finished with 10 hits against Bradley Sanford and Dane Bevell, six of those coming from the last five spots in the order. Oxford led 6-1 after four at-bats with Roth helping his own cause with a two-run double in the first.

“They got us going,” Baughman said. “(Graeber) was huge. Sage (Mullins) was huge. The bottom of the order was huge.” 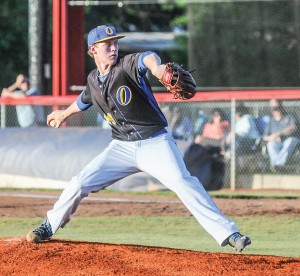 “Errors happen. They were hard plays,” Roth said. “There weren’t any just any easy plays that they made mistakes on. I was more frustrated with my command when I had two strikes and giving them a chance when they shouldn’t have had a chance on some pitches.”

One of those pitches came in the fourth when Roth left one up to Sanford, who belted a solo homer to left. Grenada plated another run in the sixth on Sanford’s groundout following a leadoff double by Morgan, but Roth, who got a strikeout of Gage Little in the fifth to leave a runner in scoring position, retired five of the final six batters he faced to put Oxford one step closer to another championship.

“It was good enough,” Roth said of his command. “I kept hitters off balance with off-speed stuff, and I kept stuff down when I was in the zone. It worked out.

BERKELEY, Calif. — When it comes to this time of year, it’s all about survive and advance, and the Ole... read more