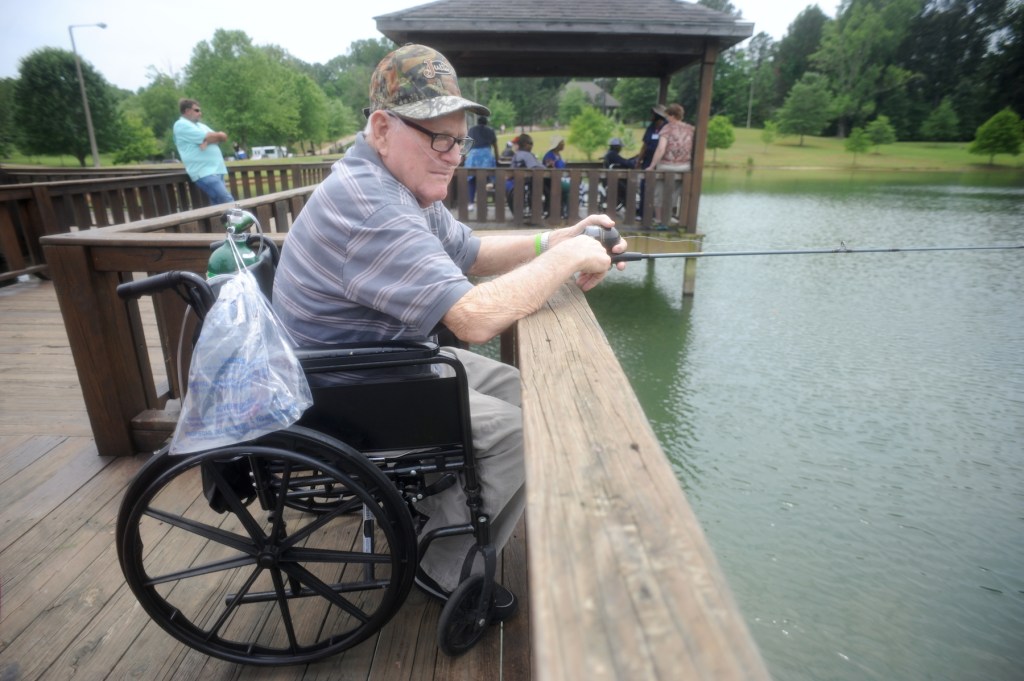 Robert Grose watches his liner as residents of Oxford Health and Rehab fish at Lake Patsy in Pat Lamar Park as part of National Nursing Home Week, in Oxford, Miss. on Wednesday, May 11, 2016.

Oxford Health and Rehab celebrated National Nursing Home Week this past week, holding several events for its residents, including all-day fishing at Pat Lamar Park on Wednesday. The nursing home has celebrated the annual event every year since it had been open.

The American Health Care Association established the special week in 1967, has chosen this year’s theme to be “It’s a Small World, with a Big Heart” to commemorate a historical time for older adults.

At Oxford Health and Rehab, the residents kicked off the week with a Mother’s Day party on Sunday. On Monday, a balloon release was held to honor the residents living there. On Tuesday, Keith McGregor and Friends and Larry Tyler entertained the residents. Thursday was all-day Bingo with prizes donated by local businesses. Friday, the residents visited with Arrowhead Petty zoo animals and had a water gun war with the staff. On Saturday, the Night Owl Motorcycle Club visited with residents.

“We’ve had a great time and have such a great response from the residents,” said Karen Van Winkle, activities director.