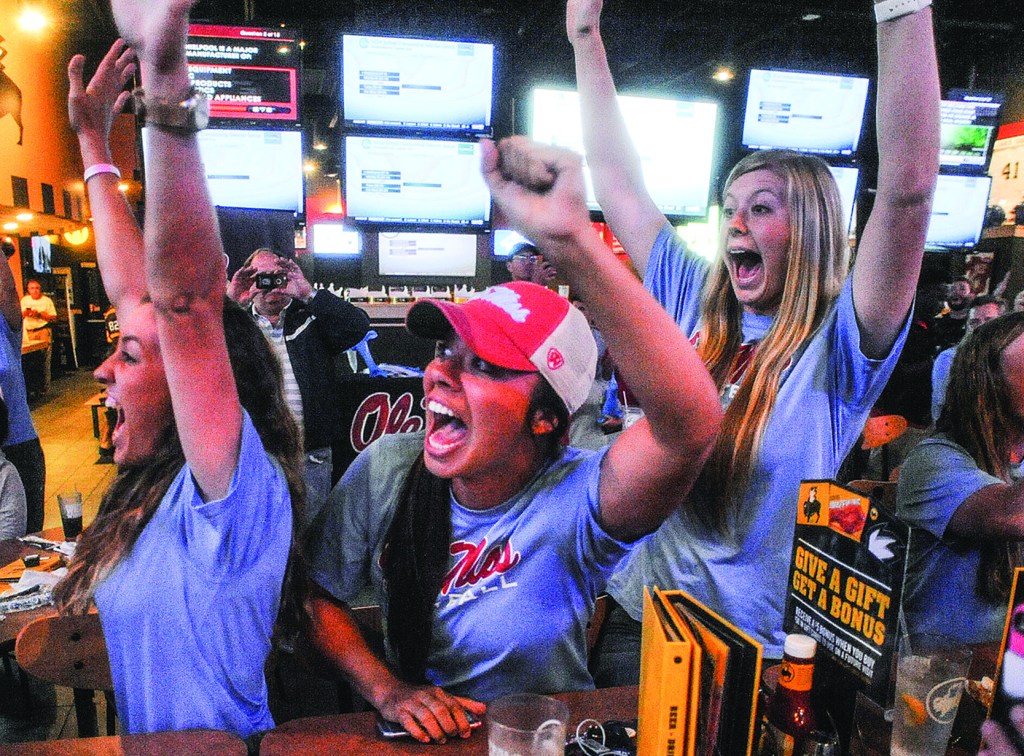 When Mike Smith met with Ole Miss athletic director Ross Bjork and executive associate athletic director Lynnette Johnson about taking over as the new head coach of the softball team two years ago, he told them it would be a “three to four year” process in terms of postseason success.

Turns out he overestimated.

For the first time in program history, Ole Miss is heading to the NCAA Tournament after seeing its name among the list of 64 teams during Sunday night’s selection show on ESPNU. The team had a watch party including the team, coaches, staff and fans at Buffalo Wild Wings in Oxford to celebrate the occasion.

“It’s surreal,” senior catcher Natalie Martinez said. “We were joking about as each bracket was coming up like, ‘How are we going to get through this whole selection show?’ Because every time our heart was pounding and pounding. … It was a lot to handle, but it was well worth it because this is something we’ve said we wanted the whole time.”

Ole Miss had to wait patiently as its name was not called until nearly 45 minutes into the one-hour show. The Rebels and Tulsa are joined in the regional by the host, No. 3 national seed Oklahoma (47-4), and Wichita State (35-19), who will play each other Friday at 8 p.m. on ESPN.

It has been a season of firsts for the Rebels, who are still in the midst of their best season in program history having won a program-best 39 games and tying the single-season school record for Southeastern Conference wins with 11.

The Rebels finished the season strong, taking wins over then-No. 14 ranked Georgia and then-No. 9 ranked Tennessee in the final two weeks of the season. Ole Miss also knocked off Georgia in the first round of the SEC Tournament in Starkville last week for its first tournament win ever.

“I’m a part of my first (tournament appearance), and I’m glad that they are a part of their first one, too,” Smith said after the announcement. “I think everybody is excited. I think the preparation that we’ve gone through for the entire year has really got us to this point. We laid a foundation early, and we just kind of got better and better.”

Their resume and body of work spoke for themselves and helped the Rebels pass the eye test of the selection committee, which Johnson is a part of. The Rebels had nine wins over top-50 RPI teams and five wins over top-25 teams.

Two seasons ago, Ole Miss had three conference wins and, in 2011, hosted the SEC Tournament only to not be competing in it. Smith has turned the culture of the program around in less than two years, going from one of the worst teams in the league to one of the 11 SEC teams competing for a national championship.

“This program in particular has been our worst program,” Bjork said. “The numbers speak for themselves, and to see this in year two under (Smith), obviously that’s way ahead of schedule.”