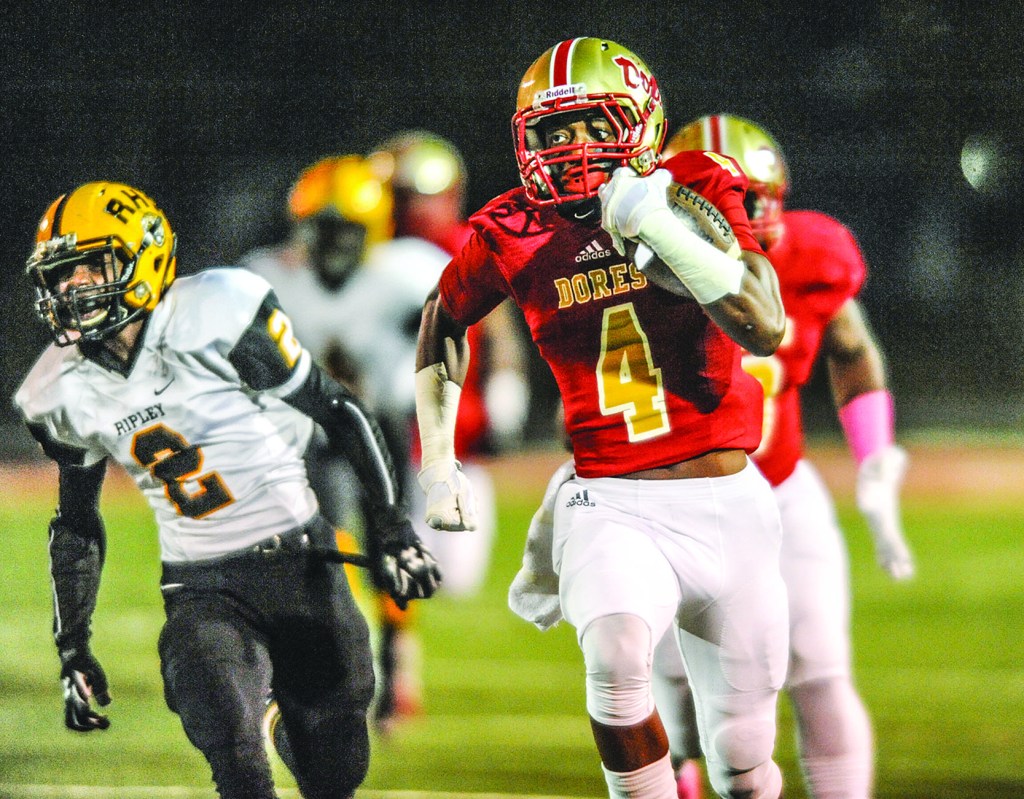 Tyler Williams will stay in state to play his college football in the Southeastern Conference.

Williams, Lafayette’s fast-rising senior cornerback, verbally committed to Mississippi State on Monday, announcing his decision on his Twitter account. The 6-foot-2, 175-pounder chose the Bulldogs over Cincinnati, Memphis, UAB and others.

“Proud to say I’m committed to The Mississippi State Bulldogs,” Williams tweeted. “Blessed to be a part of the family.”

Williams’ recruitment took off following a junior season in which he played with no scholarship offers. He received his first offer from UAB earlier this year and has gotten eight more since, but Williams knew Mississippi State was the one after taking an unofficial visit to Starkville a couple of weeks ago.

“I really wanted to commit on my unofficial visit I had taken, but I just wanted to take a little more time, talk it over with my family and see how they were feeling about it,” Williams later said in a phone interview. “Really the main reason is I just love the program, what they’re building and how they build their athletes.”

The appeal of the playing in the SEC was obvious, but Williams said he also quickly built a strong bond with Mississippi State coach Dan Mullen and his staff, including new cornerbacks coach Terrell Buckley, who was hired in January once Deshea Townsend left for a spot on the Tennessee Titans’ staff.

“After (Townsend) left, I thought I wasn’t going to pick back up with them. But luckily, eventually I got on the phone with them, and they offered me.

“I just love the coaching staff, love the facilities and I’m excited about the new recruits we’re going to be getting also.”

Recruited for defense
Williams started all 13 games for the Commodores last season, finishing with 25 tackles, two interceptions and seven pass breakups. He also caught six passes for 209 yards and two scores as a receiver, but with a combination of size and range that’s hard to find in cornerbacks, Mississippi State plans to keep Williams on the defensive side of the ball.

“A lockdown corner,” Williams said of his game. “I’m a player that’s going to work hard in the weight room, get along with all his teammates and just be that team player.”

Williams said he’ll listen to any other schools that may come along with offers with a full season of high school ball still to play, but at this point, it would take a level of comfort he’s felt at only one place so far to genuinely pique his interest. He has plans to visit Mississippi State again this summer but said he’s not sure if he’ll trip anywhere else.

“If no other college can make me feel the way that State made me feel and give me that home feeling, I’ll stick with State,” he said.

Williams, ranked as a three-star prospect by Rivals.com, is the 13th commitment of Mississippi State’s 2017 recruiting class.