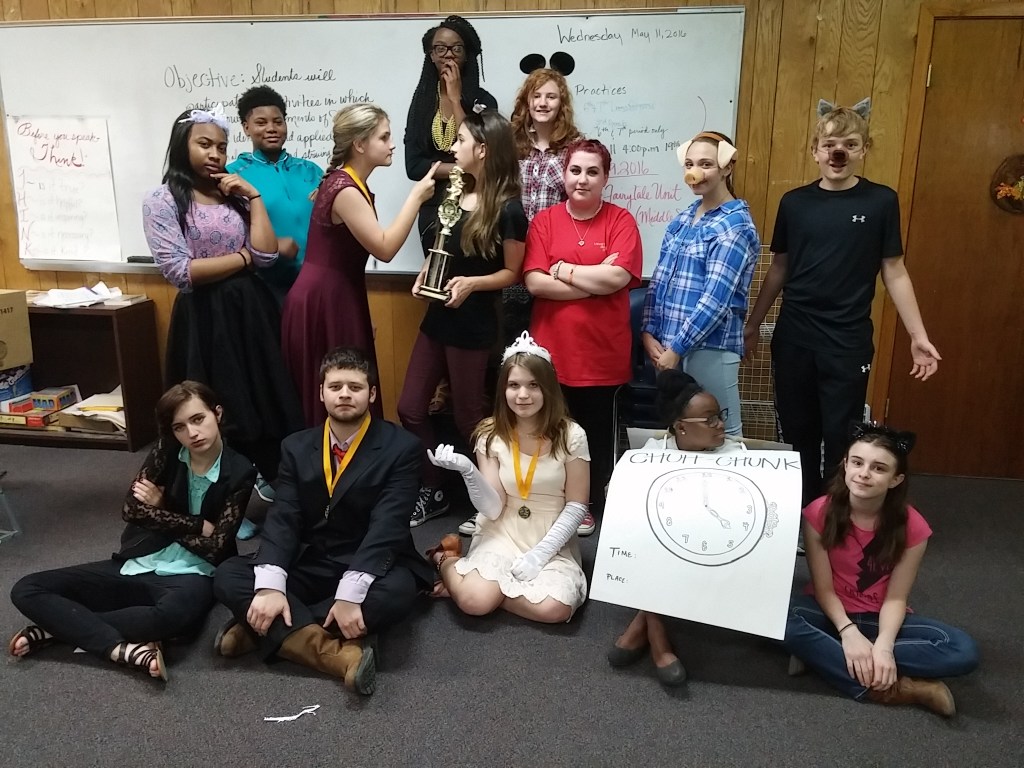 A Lafayette County School District drama class put its own special spin on the TV series “Law and Order” and came away with a trophy.

They did so well there is an encore performance Thursday at the Powerhouse at 6 p.m.

“This class is a special group, they work well together and encourage each other, which lifted the performance level of each student in the ensemble as a whole,” she said. “I am extremely proud of them and I knew they were talented. The extra bonus was that they received a trophy on their first time out in the first Mississippi Public School Theater Competition ever at Oak Grove High School.”

Seventh-grader Emalee West said the group was happy with its performance.

“This is basically a remix of ‘Law and Order’ but incorporates fairy tale into the main plot,” she said. “We performed this a couple weeks back, and we got second place. I really liked it because it’s got a lot of humor in it so while you’re doing it you don’t have to be completely serious.”

Eighth-grader Cameron DeLaune said he enjoyed all the humor and puns and the fact it was relatable.

“There were a lot of puns and it was in real-life, modern times,” he said. “It had a lot to do with the characters and real-life situations. You got to see each fairy tale character in their own little world.”

Seventh-grader Catherine Waddell said the biggest takeaway from the four-month elective drama class was that it had more benefits than just bringing home a trophy.

“Without drama, I definitely wouldn’t have met all the people I’m friends with now,” she said. “I think everyone, even if you just have one year in drama, it’s very eye-opening and everyone is real accepting. It feels like I can share anything.”

Waddell said this is a fun show for all ages.

WANT TO SEE THE PLAY?

“Law and Order Fairy Tale Unit” will be performed Thursday at the Powerhouse at 6 p.m. Purchase tickets online at the YAC website or at the door. There will be limited seating.