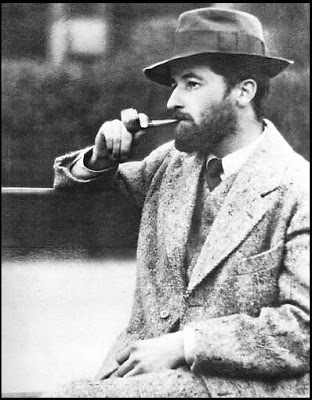 In many of my columns, I use a Faulkner quote, “my little postage stamp of native soil.” It is one that he used about Oxford, his Jefferson and Lafayette County, his Yoknapatawpha County. Faulkner’s explanation of the use of his hometown and county as the setting for his novels and the success he garnered from that setting is discussed in the 1956 interview.

The interview was given to Jean Stein vanden Heuvel in New York City. The comments in the interview were to be part of a series of interviews that writers were making with other writers. They formed part of “Writers at Work: The Paris Interviews,” which George Plimpton started. Interviews were with William Styron, Truman Capote, Robert Penn Warren, Thornton Wilder and James Thurber, among others.

Jill Stein gets Faulkner to speak about his writing and about other writers in general. In the answers to her first questions, Faulkner is candid about two interesting questions — about interviews in general and also about him as a writer and other writers.

She first asked Faulkner why he doesn’t like interviews? He replies, “The reason I don’t like interviews is that I seem to react violently to personal questions. If the questions are about the work, I try to answer them. When they are about me, I may answer or I may not, but even if I do, if the same question is asked tomorrow, the answer may be different.”

Her second question was what he thought about himself as a writer? He replied, “If I had not existed, someone else would have written me, Hemingway, Dostoevski, all of us. Proof of that is that there are about three candidates for authorship of Shakespeare’s plays. But what is important is ‘Hamlet’ and ‘Midsummer Night’s Dream,’ not who wrote them, but that somebody did.”

Faulkner went on to state, “The artist is of no importance. Only what he creates is important, since there is nothing new to be said. Shakespeare, Balzac, Homer have written about the same things, and if they had lived 1,000 or 2,000 years longer, the publishers wouldn’t have needed anyone since.”

Stein then asked Faulkner several other questions that he seemed to relish in answering. One concerns the writer and his reader and whether or not the writer has an obligation to the reader. Faulkner replied, “His obligation is to get the work done the best he can do it; whatever obligation he has left over that he can spend any way he likes. I myself am too busy to care about the public. I have no time to wonder who is reading me. I don’t care about John Doe’s opinion on my or anyone else’s work.”

Faulkner went on to state at the end of answering the question on obligation to the reader by stating, “You know that if I were reincarnated, I’d want to come back as a buzzard. Nothing hates him or envies him or wants him or needs him. He’s never bothered or in danger, and he can eat anything.”

The most telling question in the interview was when Stein asked Faulkner what caused him to begin the Yoknapatawpha saga. His answer was what you might expect from Faulkner:

“With ‘Soldier’s Pay’ and ‘Mosquitoes,’ I wrote for the sake of writing because it was fun. Beginning with ‘Sartoris,’ I discovered that my own little postage stamp of native soil was worth writing about and that I would never live long enough to exhaust it, and that by sublimating the actual into the apocryphal I would have complete liberty to use whatever talent I might have to its absolute top. It opened up a gold mine of other people, so I created a cosmos of my own. I can move these people around like God, not only in space but in time.”

I agree with Faulkner, I do not think I’ll ever exhaust the stories about Oxford, Lafayette County and Ole Miss. Just when I think I do not have a good subject for the week, I happily run across a story on the LOU community that might be interesting to my readers. Again, “my little postage stamp of native soil” has provided me with something interesting to pass along to the reader.