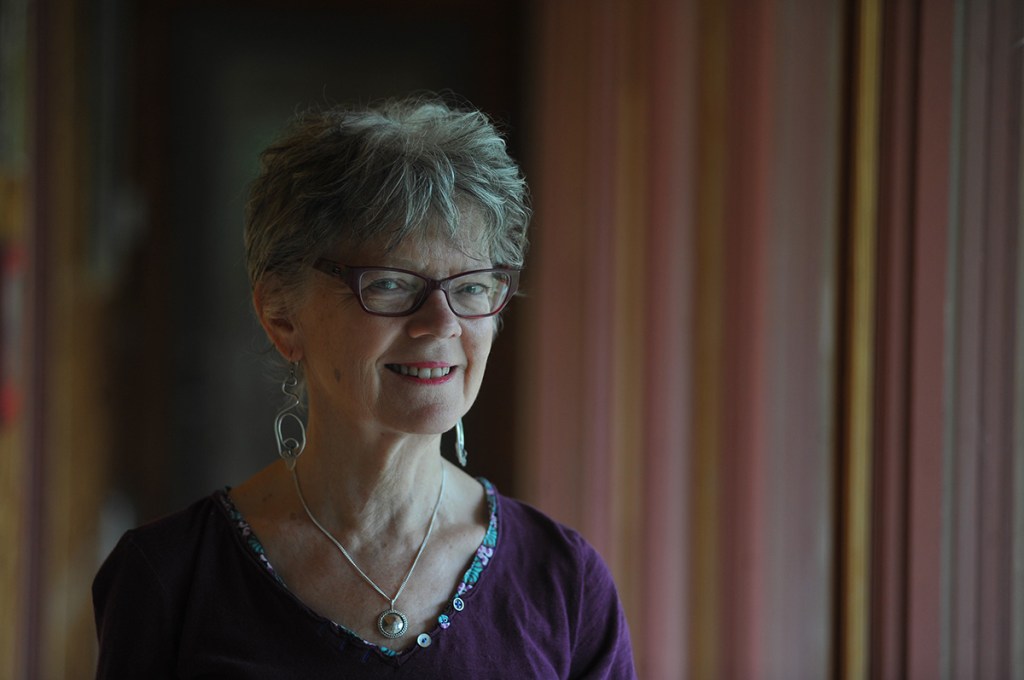 The week that local slide guitarist Wendy Jean Garrison first moved to Mississippi in 1987, she had a chance encounter that would impact the rest of her life.

“I was sitting there on campus, and I didn’t know anybody,” Garrison said. “I had just happened to have read about the Blues Archive, and I went over there and asked if anybody could teach me some blues. That was the beginning.”

In truth, Garrison’s musical beginnings can be traced back to years before her fateful trip to the Blues Archive. When she was a child, her grandfather gave her family a grand piano, and soon her father and the rest of the family were taking piano lessons. Upon reaching her teenage years, however, Garrison asked her parents for a guitar. Her parents agreed to rent a guitar and place her in lessons to see if she would stick it out, and after seeing Garrison’s commitment, relented and bought Garrison her own guitar.

Growing up in Maryland, Garrison wasn’t exposed to the blues until later in her life.

“Before I moved here, I just had only the vaguest notion of what blues was,” she said.

After going to the Blues Archive and asking around for lessons, Garrison was directed to Rust College, where a blues and gospel event was being held. After these first encounters with these new styles of music, Garrison began to soak in more of the culture, and over the years, she has found that her involvement in music has opened a variety of opportunities for her.

“It’s a way of going places and being a part of things I might not have been a part of before, like this mentorship I did with Bill ‘Howl-N-Madd’ Perry,” Garrison said. “I got to go up to his place in Abbeville, and hang around with him and his family, and travel with his blues band.”

Eventually, Garrison was even able to play with Perry’s daughter, Shy Perry, on one of Shy’s albums.

Garrison has been playing in live settings since 1996, when she was involved with a group called High Water Mark, with whom she played at several local bars, including the now-defunct venue Blind Jim’s.

She currently plays with the recently reformed four-piece outfit Maybelle’s Lovers, named after “Mother” Maybelle Carter, the matriarch of the famous Carter Family musical group and an artist whom Garrison and her group frequently cover. Joining her in Maybelle’s Lovers are Gina Sexton on guitar and vocals, Robbie Ethridge on bass guitar, and Jenny Gordon on drums.

Additionally, Garrison also collaborates with Shaundi Wall, who plays snare drum and provides vocals to accompany Garrison’s guitar. Together, the two have played Sarahfest, hosted by the University of Mississippi’s Sarah Isom Center for Women and Gender Studies, in addition to receiving an invitation to play at the Tupelo Arts Showcase.

Although Garrison has worked with a variety of musicians from Oxford and the surrounding areas, there are still a few artists in particular with whom she would like to collaborate.

Another outlet Garrison has found for her music is her church, Pine Flat United Methodist Church.

“After I joined the church, after awhile, I asked them if it would be all right if I played ‘In the Garden’ on my guitar,” she said. “As soon as I did it, they really liked it. It just made that connection with them that I might not have had otherwise.”

Although she did not grow up in an overly religious household, Garrison can point to one moment from a childhood vacation to the Jersey Shore that helped to shape her future affection for gospel music.

“There was a thing called ‘The Sing.’ In the middle of the week, some ladies would go to a place and play the piano,” Garrison said. “We were little kids, and we would get to sing. I guess that was my introduction to being on stage. That got those gospel and church songs in my mind, and then I just thought it was so neat that grown-ups would just get together to sing just for the heck of it.”

Now, later in life, Garrison still finds a similar comfort and joy in this style of music.

“I really do connect with that music and with the moment in church. It’s just incredible,” she said.

It was at a church performance that Garrison received a gift that has allowed her to pursue yet another musical endeavor, the lap steel guitar. A woman from the church brought Garrison a stack of instructional books about the lap steel that her son had left behind at home, and Garrison bought the lap steel and began to learn the instrument, claiming to have a particular fondness for steel guitars, specifically the Nashville pedal steel sound.

In addition to the lap steel and the slide guitar, Garrison can also play the harmonica and the diddley bow, a single-stringed primitive precursor to the slide guitar, crediting her early exposure to the piano and music theory for her ability to make sense of a variety of instruments.

Now that she has retired from her position as a professor of biology at the University of Mississippi, Garrison is looking to channel her time into an increase in productivity for her music.

“I’m not doing that anymore, so I have full time to do music, and I’m hoping to do it in Oxford and travel around North Mississippi to do it,” she said.

Moving forward, Garrison is preparing to venture into more solo territory and looking for opportunities to play various types of events, whether it be private parties, art gallery openings or any occasion along those lines.

Interestingly, Garrison admitted that one of her favorite types of events to play is wedding rehearsal dinners, enjoying her role in elevating what could be a simple, straightforward dinner into something closer to a party, which is a function that she looks forward to performing in any number of settings moving forward.

“If you’re having an event, I’d like to rock it a little bit.”