Rebels’ season of firsts ends with loss in regional final 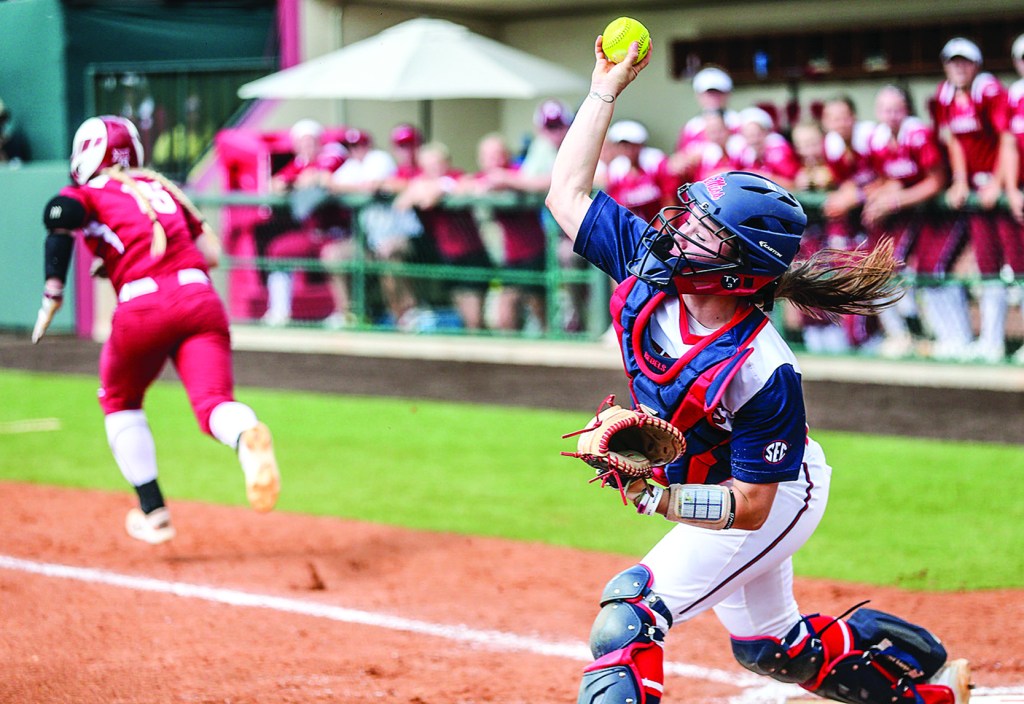 NORMAN, Okla. — Ole Miss softball’s historic and memorable campaign came to an end Sunday, as the Rebels fell in a hard-fought contest, 3-0, to No. 3 Oklahoma in the NCAA Norman Regional at Marita Hynes Field.

The run in regional play caps what’s been an incredible year for the Rebels (41-22), who set a new standard for the program with a school record 41 wins, record-tying 11 SEC wins, first NCAA Tournament appearance, first SEC Tournament win, and first win in an NCAA Regional.

Not only did Ole Miss make the NCAA Tournament for the first time, they made noise and advanced all the way to Championship Sunday, finishing second in the Norman Regional behind the third-ranked team in the country.

After falling to the Sooners (50-7) Saturday and getting back to the winners bracket with a win over Wichita State, the Rebels came out with a vengeance and responsive attitude in the 3-0 loss Sunday.

It was a pitchers’ duel between senior Madi Osias and Oklahoma’s Paige Parker, as both sides played four scoreless frames before the first run was scored. Osias finished off her four-year career as strong as she could, going nine complete game efforts in her last 11 outings with 321 pitches over the four-game weekend.

In Sunday’s outing, she again went the distance with eight hits allowed, three earned runs and no walks with one strikeout. She caps her senior campaign with 23 wins in the circle, an Ole Miss record, and closes her chapter as a Rebel with her name scattered throughout the Rebel record books.

The Sooners broke the scoreless tie in the fifth after Erin Miller roped a 2-out single through the right side. The four-inning scoreless drought for Oklahoma was a big one, as Osias shut the No.1  ranked offense down ending what was a 20-game stretch where the Sooners scored at least one run in the first four innings of every game.

The Rebels had their chances in the fifth when Kylan Becker reached on an infield single, before pinch runner Paige McKinney was caught stealing to thwart any threat. In the next frame, Elantra Cox tried to get a 2-out rally going, before a popup on the infield ended it.

Oklahoma went on to add two insurance runs in the seventh off a sacrifice fly and RBI single making the final count 3-0.