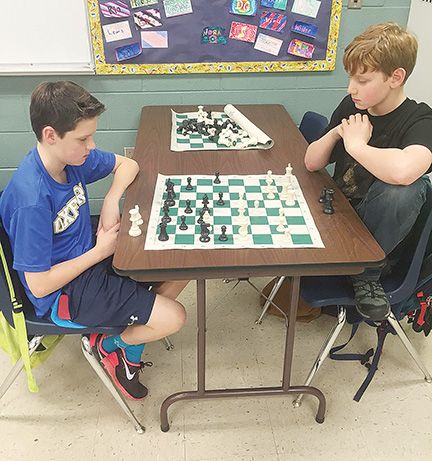 Oxford Intermediate School will continue to provide unique after-school activities for fifth- and sixth-graders after seeing success this school year.

The After School Clubs got its start because the school wanted to prepare students for opportunities that would be provided to them when they got to the middle school like cheerleading, basketball, chess, learning first aid and more. As students were not quite ranked as elementary or middle school, the After School Clubs program helped students to gain an identity other than being a fifth- or a sixth-grader.

“We thought ‘Well, what can we do to give them opportunities to do something they enjoy?’” said Nikki Logan, who is the organizer of the After School Clubs as well as a sponsor for the cross-country and basketball club. “We came up with After School Clubs and then we pushed it out to teachers to see what they would be willing to sponsor. After that kids just filed in, wanting to sign up.”

OIS students were able to sign up for one or more activities, as long as they maintained good behavior and good grades in the classroom. It was because of these guidelines that parents and teachers began to see an improvement in students.

“I’ve been involved with several different clubs, with different groups of children in each club,” said Mary Martha Crowe, who is a teacher at Oxford Intermediate and a parent. “The relationships you form with kids after school, when they see you as more than a teacher, helped a lot with student success.”

“We didn’t like that we couldn’t provide transportation,” Logan said. “We didn’t have any funding at the beginning of the year, so next year we’ll have after school care. This way students can participate until it’s time for parents to pick them up.”

“I think it’s going to be bigger and better next year. It’s been fun,” Logan said.